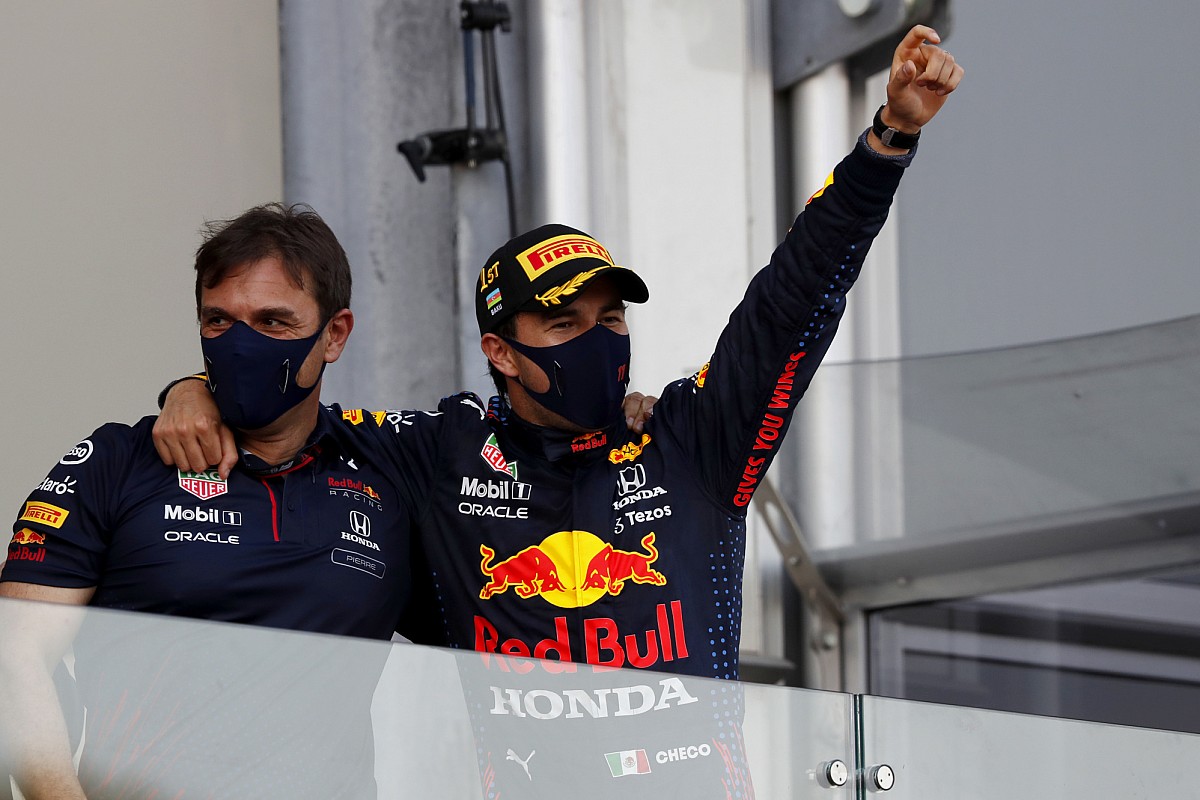 Formula 1 fans were gifted an absolute treat on Sunday in Baku with what was another enthralling race. In fact, it felt more like two. This race was all kinds of wacky and left viewers unsure at all times of what twist or turn (pun intended) might come next.

The weirdness started in qualifying on Saturday when 4 red flags were shown across all 3 qualifying sessions as drivers consistently ran into the wall at turn 15. The barrier located there took a beating and needed constant repairs. Canadian Lance Stroll and Italian Antonio Giovinazzi crashed out in qualifying which meant they would be starting the race from the back. Later on, a double incident involving Carlos Sainz and Yuki Tsunoda meant that Q3, for the second weekend running, ended with a red flag. Funnily enough, Q3 also ended with Charles Leclerc claiming a second consecutive pole position, thankfully he was actually able to start the race this time.

The madness then resumed about halfway through the race. After spending 29 laps on the same set of hard compound tires, Stroll was up into 4th place, after starting 19th, and was hoping for a safety car in order to trigger a free pit stop. Unfortunately, he would be the one to cause the safety car as his rear left tire failed, sending him spinning into the wall at around 300km/h. This incident caused worry amongst the leaders as they all had on hard tires as well and were hoping to make them last until the end of the race after very early pit stops.

However, the race resumed and all seemed well. Red Bull were firmly in control and on route to their first 1, 2 finsh since 2016 thanks to a masterful pit stop strategy (and a bit of luck) as both Verstappen and Perez were able to overcut Hamilton. With Valtteri Bottas halfway down the order, it was a 2 on 1 fight against Hamilton and Red Bull were not letting up. Then, disaster struck. Verstappen’s rear left tire failed just as Stroll’s had and sent the Dutchman crashing out of the race just four laps from it’s end. This brought out the fifth red flag in two days as a big cleanup job was needed. It was decided that the race would resume from a standing restart (cars back on the grid). This would leave only two laps of actual racing until the end. This was where the aforementioned “second race” began.

Perez would start in first with Hamilton behind in second and Leclerc behind him in third. After the new formation lap, Hamilton’s brakes were visibly smoking and overheating and then, after a brilliant restart where he momentarily jumped Perez for the lead, he accidentally hit a switch on the steering wheel, changing his brake balance. Hamilton then locked multiple wheels into the first turn and went sliding off down the escape road.

The final two laps were rife with battles for position as Fernando Alonso moved up from 10th to 6th and Lando Norris jumped from 7th to 5th. Perez and Sebastian Vettel drove with all the experience and poise expected from the veterans and finished comfortably in first and second respectively, the latter claiming Aston Martin’s first podium in F1. third place was also hotly contested for between Leclerc and Pierre Gasly, with the Frenchman coming out on top and claiming his third podium in F1. This was Gasly’s third career podium, to go along with his previous first and second place finishes. This meant Leclerc finished fourth, barely missing out on his first podium of 2021.

The points were rounded out with Yuki Tsunoda in seventh, his highest finish in F1 so far. Sainz came eight after a great recovery drive, giving Ferrari a double points finish. Daniel Riccardo came home in ninth for McLaren and the Iceman himself, Kimi Raikkonen was awarded a single point for 10th place. The DHL fastest lap award went to Verstappen but as he did not finish the race, no extra point was awarded.

Mercedes finished with Bottas in 12th and Hamilton in 16th, behind both Haas cars, marking the end of Lewis’s 58 race point scoring streak. A streak of over three years.

Formula 1 will resume at the Circuit Paul Ricard in Le Castellet, Var, France two weekends from now (June 18-20). After back to back street circuits on which they struggled, Mercedes will be eager to bounce back at a permanent venue where they’ve had much more success. Mercedes had finshed with a 1, 2 here in 2019 and will be looking to replicate that in order to close the gap in the constructors championship.