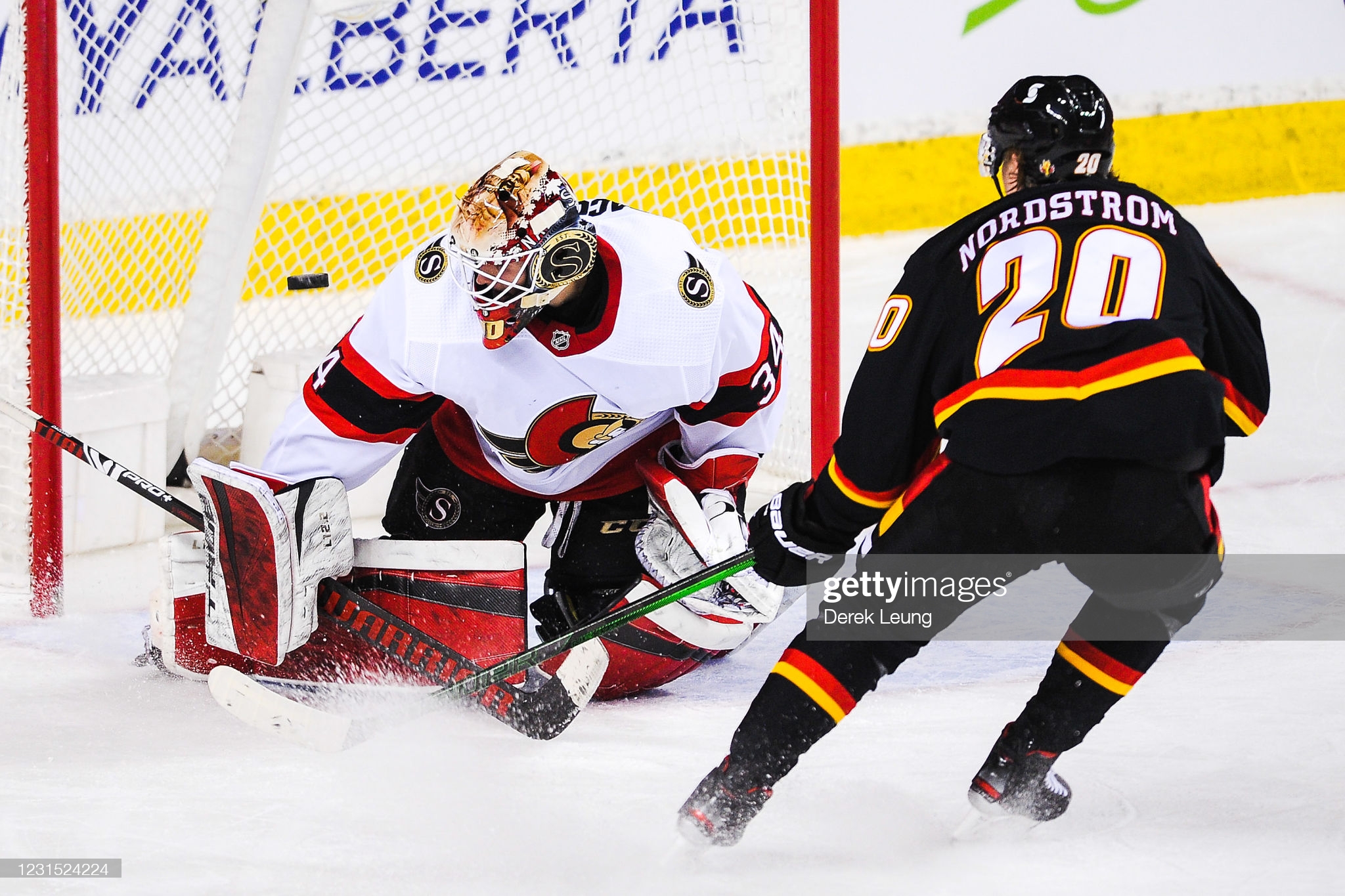 After collecting four out of six points when the Senators met the Flames last week, Calgary showed up to part two of this series with vengeance.

While the Sens displayed resilience, it was too little too late as the Flames cruised to a 7-3 victory even with Ottawa’s two late goals in the third. Within the first three minutes, the Sens were already down two goals on three shots from the Flames. The best part about last night could have been Ryan Dzingel’s return to the Senators and him scoring late in the game.

Ryan Dzingel is going to be crowned with this after the performance last night and it’s not solely based on the fact that he scored in his first game back. For as long as I can remember, Sens fans have been asking the team to put together a stronger fourth line. One that’s speedy and can make an impact even with the limited minutes they’d be playing. A player like Ryan Dzingel matches the profile. He played 15:14 last night, which isn’t anything to shy away from considering it was his first time suiting up for a game since his quarantine after being acquired by the Sens. Dzingel spent most of last night with Chris Tierney as his centre, and Connor Brown/Austin Watson as his RW.

From what I saw out of Dzingel last night, I’m excited to see what he can do for the Senators in their last 30 games of this shortened NHL season. He still possesses the wicked shot based on the goal we witnessed last night. His speed is off the charts, something the Senators desperately need from their depth forwards. I can’t imagine a world where Dzingel plays on the first line considering how loaded this team is on its first two lines, although him sitting in a depth role alongside serviceable players could greatly benefit the Senators.

It’s only one game, so we have to be cautious of how much credit we are willing to give him. Although, it seems like Dzingel has returned to the Senators with all the tools he left them with. If you ask me, Dzingel has the potential to be one of the best forwards going into the final stretch of this season.

The Matt Murray show continues. Not in a good way. I’m convinced that if Matt Murray ever created his own puzzle, not a single person would be able to solve it. For as long as I’ve watched the Senators, I cannot recall seeing a goaltender play like this for them. In one game, he’s lights out and looks like his old self from Pittsburgh. In other games, the pucks fly past him like it’s a rule that every player who shoots at him must score.

Almost every goal that Calgary scored last night in the first could’ve been stopped by Murray. Besides the first goal via Brett Ritchie, everything else should’ve been stopped by the goaltender. It’s become inexcusable. During the first month, I was rooting for Murray and believed that he still needed time to adapt to his new team and systems. It’s now March and there’s 30 games left, what’s the issue now? Coming into this season, no one was asking Murray to be a Vezina Trophy nominee, but this level of play is also not acceptable from the former Stanley Cup winner.

I’m not sure as to what’s going on with Murray, but the Senators really need to find the answer from within this guy. He cannot play consistent hockey whatsoever right now. Sooner or later, the Seattle expansion draft is going to come up and I’m not so sure protecting Murray is a good move by the Senators. His performances this season have been the definition of boom or bust. We don’t know how likely it is that Seattle even claims him, but I would seriously considering protecting Joey Daccord over Murray with how things are going.