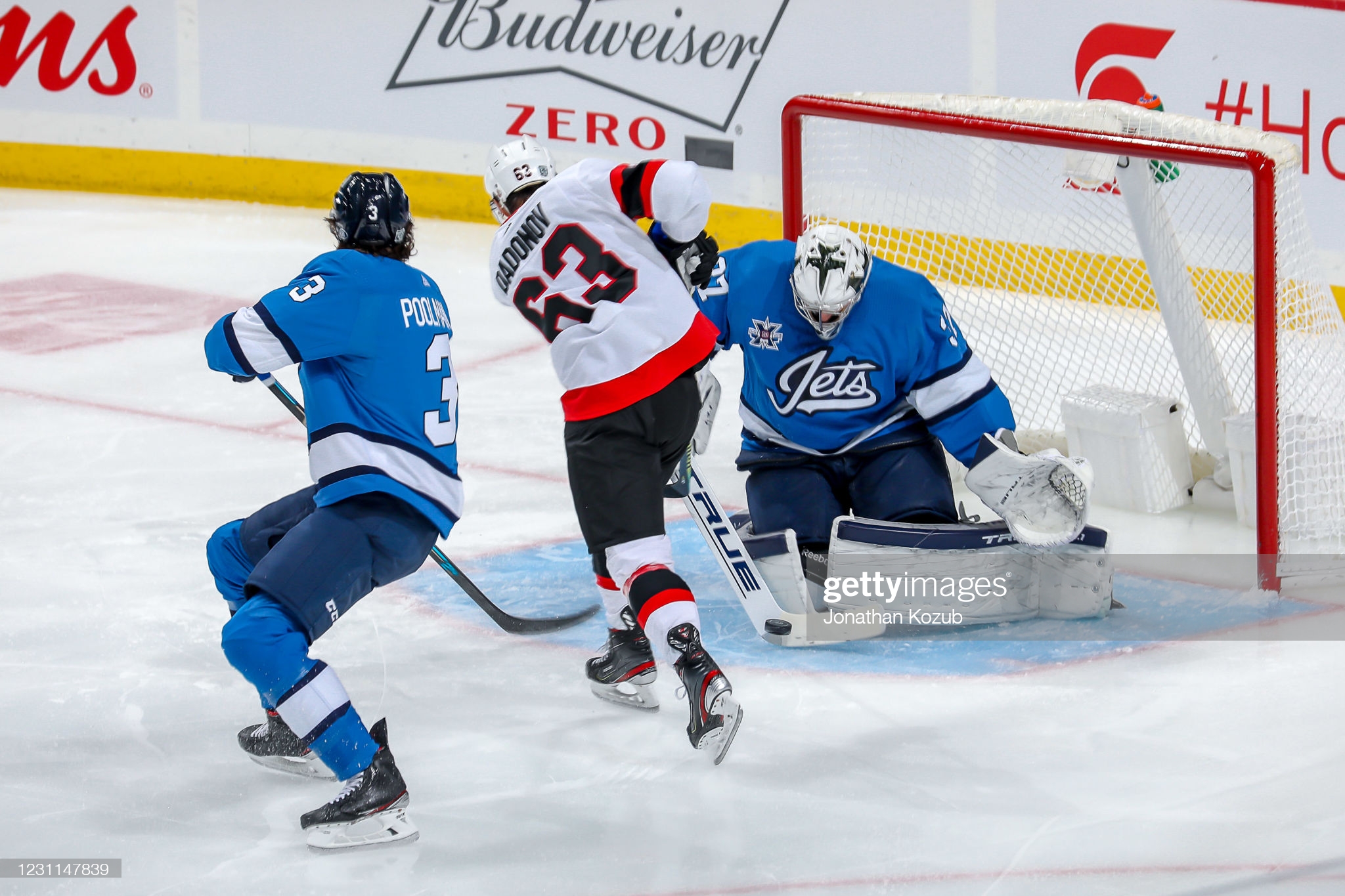 Before I begin this report card, I’d like to thank everyone for understanding why there wasn’t one last game. I simply didn’t catch enough of the game, and I would not want to come here and criticize a player after watching a short amount of the game.

Prior to the game even starting, we got a trade that threw most of this fanbase off. Pierre Dorion re-acquired Ryan Dzingel from the Carolina Hurricanes for Cedric Paquette and Alex Galchenyuk. You can read all about it here from our Sens writer Cameron Chaddad.

We’re here now, and that’s all that matters. The Senators began their new series against the Winnipeg Jets this afternoon where they won 2-1 in regulation after they scored with 8.2 seconds left in the third.

Is this what a win feels like? If so, you won’t find me complaining. Let’s get this report card started

Most impressive player of the game: Paul-White-Dadonov

All three of these players are qualified enough to share this award after that game. There is no winner, all three will reign the most impressive player(s) of the game.

This line was buzzing all afternoon long for the Ottawa Senators. It started off with constant pressure in the offensive zone, and it led to Colin White sending a slick feed to Evgenii Dadonov for the equalizer.

If you look at possession numbers, this line only had a 40%CF all game long at 5v5, but the eye test didn’t seem that way at all this afternoon. It seemed like each time they were on the ice, they were able to maintain pressure on the Jets defencemen in their zone and their forecheck was suffocating. Their xGF was 0.45, second highest amongst forward lines only behind the line of Stützle-Stepan-Batherson.

Even though Dadonov had the lone goal amongst those three, all of them looked impressive when the final buzzer went off and the Senators won their third game of the season. Kudos to all of them as they put on a great show during Hockey Day in Canada.

I’m going to keep putting Anisimov here until he proves himself to be an asset to this team. He spent most of the day with Josh Norris (stop this by the way) and Austin Watson, a line that barley generated anything and Anisimov once again proved he’s not adding anything to this team that the Senators are in dying need of.

I’ve already said how I feel about Anisimov. I won’t repeat it because it gets boring, but the Senators really need to start looking at other options down the middle besides always going with him. I understand today was weird, a trade broke an hour before this game began. Nonetheless it’s not good enough and changes need to be made here.

Anisimov might not be a great player compared to his younger days. That’s completely expected in the NHL as it seems like this league gets faster with each day that passes, but he’s now taking a spot on this team that could instead be filled by a young rookie to let them showcase their skills.