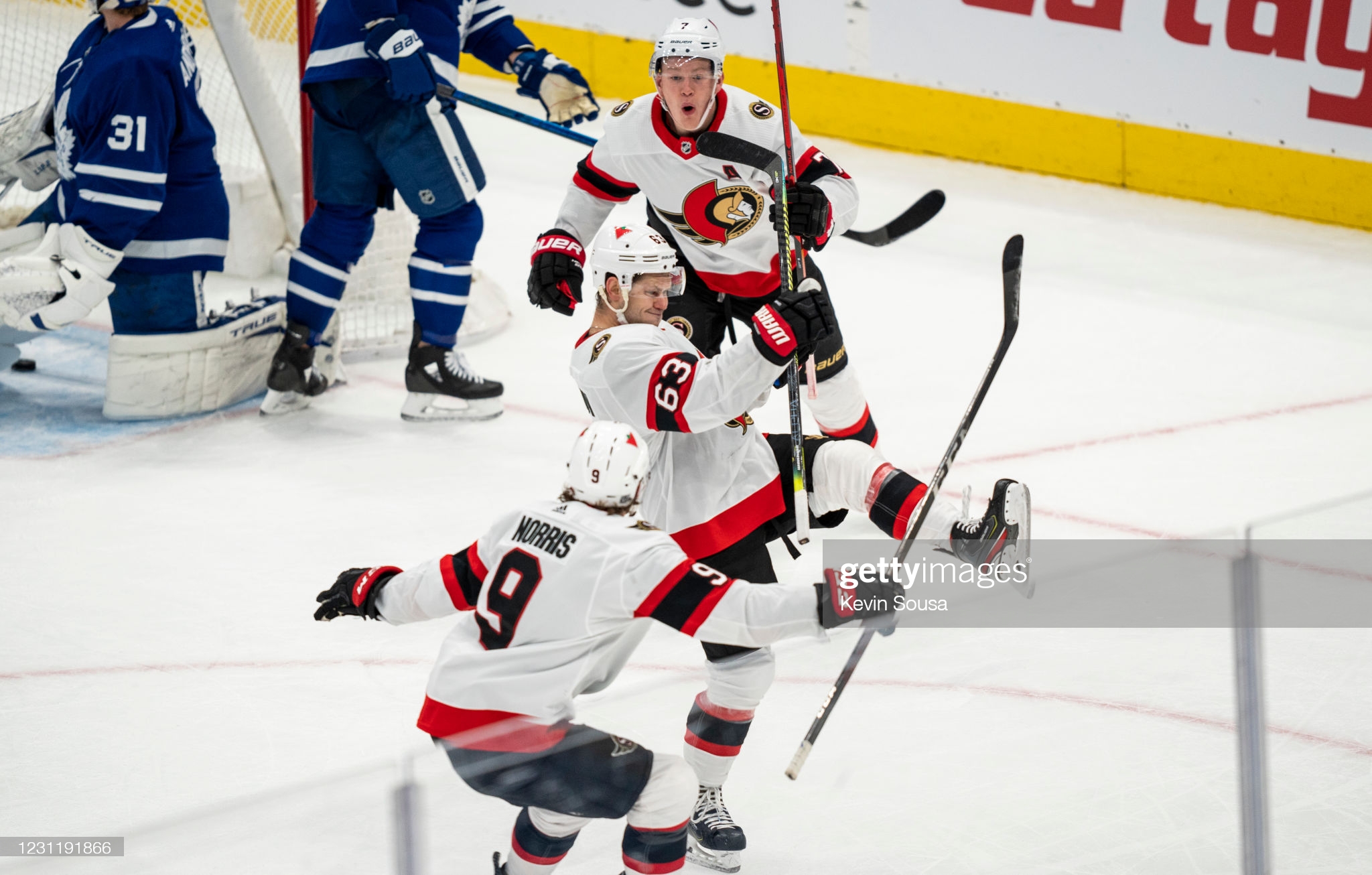 Hello. Have you recovered from that game last night? I’m not sure I have yet.

What a comeback win from this team. If you follow me on Twitter, you most likely saw all my tweets from the game prior to the Senators deciding to show what the Toronto Maple Leafs still are. A team that crumbles when they are up in an NHL game.

After that emotional rollercoaster, let’s jump straight into this report card.

If you watched the entire game last night, you should know that Dadonov was going to get the award for this after his stellar performance. I’ll be the first one to say it, I have been super critical of Dadonov’s game up until now as he wasn’t getting much done on the stat sheet. Now, it looks like Dadonov has finally found his game and his chemistry on that line with Nick Paul and Colin White is beaming.

In his first 12 games of the season, Dadonov only managed to score three points (1G, 2A) and was extremely quiet along the way. From game 13-17, he’s been on fire and is showing his skillset the Senators were keen on in the Fall when they signed him to a multi-year deal. He has five points in the Senators’ last five games, all of them being goals which is always great to see from Dadonov.

Like I said, he’s found some great chemistry with his line and it seems like everything is slowly morphing together for him. At the end of the day, no matter how critical I was of his play at the beginning of the year, his recent performances have left me very impressed with his style of play.

Least impressive player of the game: Do we need to do this? Let’s just enjoy the win

Listen, I know there are probably 2-3 players who could’ve been slotted in here but I don’t feel like doing that today. The Ottawa Senators showed resiliency last night, and they deserve to be recognized for their determination to come back and win the game in OT. This team was losing 5-2 at the end of the second period. Instead of taking their foot off the gas and coasting to another loss, they picked up the pace and led the Toronto Maple Leafs into some hairy situations that eventually landed them the OTL.

This was only our fourth win of the season, let’s just enjoy that one instead of criticizing a player after a great comeback win.