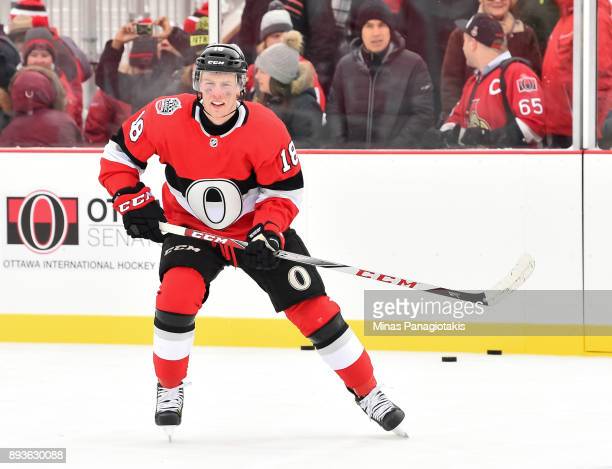 The Senators finally made a move to shake things up Saturday afternoon. The Ottawa Senators sent Alex Galchenyuk and Cedric Paquette to the Carolina Hurricanes in exchange for Ryan Dzingel.

I love this move for the Sens. They get a familiar face back in Dzingel in exchange for spare parts. It is no secret the Sens have a hard time scoring goals this year. Before Saturday ‘s game, the Sens currently rank 23rd in the league in terms of goals for. They average only 2.13 goals for per game. In the offensively potent North Division, this just simply isn’t good enough. As we’ve seen so far, you’re not going to win a lot of games in this division scoring less than 3 goals.

Dzingel has proven he can score goals in this league. He hasn’t matched the point totals he put up with Ottawa since leaving the team, but this is a low risk, high reward acquisition. The Sens are full of playmakers and lack guys who can put the puck in the net. Dzingel has proven he can be a finisher at the NHL level. Dzingel is also in the last year of his contract. So not only does he not block the kids from playing next year, but he can also probably be flipped for more assets at the deadline if he performs well.

This trade is great for Dorion. Paquette and Galchenyuk have been providing next to nothing for the Senators so far. Paquette has not contributed much of anything and Galchenyuk doesn’t seem to have the trust of the coach. The Senators essentially traded two players they got for free to get back a player they traded for a good haul just a couple years ago.

A huge positive of this trade is it also frees up more roster space for the Sens. Fans will tell you it’s no secret that the bottom of the lineup is clogged with low-upside vets blocking the kids from playing. Every roster space counts for the Sens this year. So, now for the next two weeks while Dzingel quarantines they have two more available roster spots.

When Dzingel does arrive, there will still be one more spot for a young player than there was yesterday. Even just for that reason alone this trade is a huge win. OH, and an added bonus, his flow is going to look beautiful in the new jerseys.

One thought on “Breaking down the Ryan Dzingel trade (part 2?)”