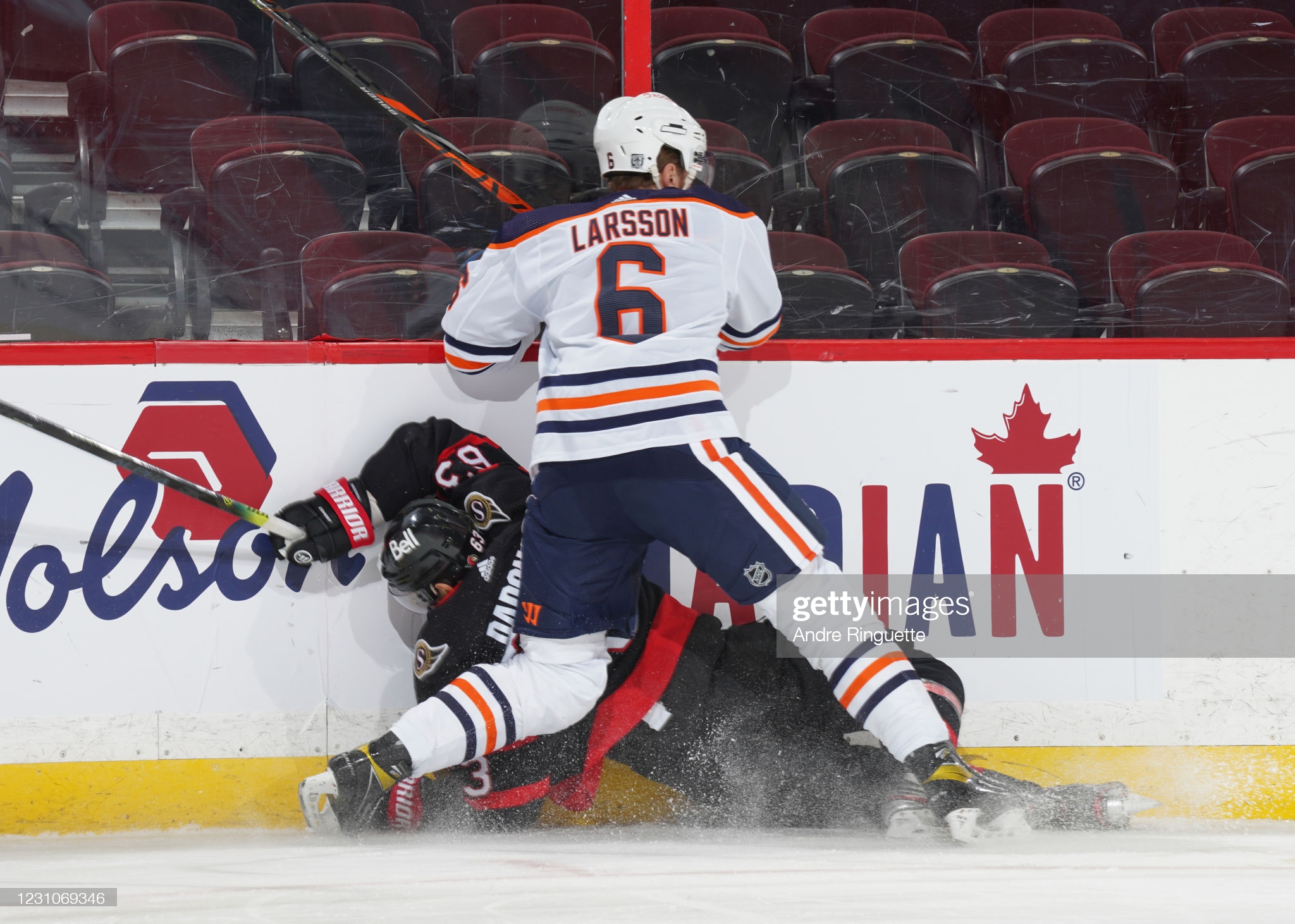 I always look forward to writing these after every game. No matter what the result is, when I sit down to write these report cards it’s almost like me spilling my thoughts into a journal.

Up until tonight, there wasn’t anything I really hated the Senators have done in the last week or so. Even after the loss tonight, I’m still not upset at how this team played over the course of 60 minutes. They outshot the Oilers by double digits, and the reason they lost in the end was because of their shaky goaltending.

Colin White has been impressive ever since drawing into this roster. I really liked his game tonight. He was all over the ice, and I thought he looked really solid in the offensive zone for the majority of the night. I don’t get why he was ever scratched for as long as he was, but it’s clear that he is one of the best forwards on this team now.

He spent most of his night on a line with Nick Paul and Evgenii Dadonov, all three players were really impressive if you ask me. Even though I’ve critiqued Dadonov’s play, he’s looked much better in the last few games. Their line had a 85.71CF% at 5v5, and that number isn’t surprising for anyone that watched the game tonight.

Nevertheless, I’m glad to see D.J. Smith finally seeing the value a player like White brings to the Senators. Not only was his line buzzing all night long, White rocked a 81.48%CF tonight at 5v5, third best amongst all Sens forwards. Who were the two players ahead of him you might ask? Nick Paul and Evgenii Dadonov *Evil laugh*

Like I said at the beginning, the Senators threw everything but the kitchen sink at Mikko Koskinen. When it was all said and done, their fate should’ve probably been a bit better considering their late pushback after tough goals allowed by their goalie.

Come on, we all knew who was going to be nominated for this one.

Watching Marcus Hogberg out there was incredibly tough tonight. Three goals on 10 shots is never something you want to see out of your goalie. Hogberg looked out of touch from jump street tonight. All three goals were incredibly questionable.

None of those goals should have gone in. The third one was the hardest to watch out of all of them. He slides out of position while trying to square up to the shooter, and he slides over way too much which results in him not being able to get back.

I tweeted this out earlier and I’ll say it again. Going into this season, we all knew that our defence was going to be poor. But, can you honestly tell me that our goalies were going to be this bad? It almost doesn’t seem real after games like this one. Matt Murray had two good games, and struggled once again last night after a strong start to the game. Now, it seems like Hogberg cannot be relied upon in the backup role for this team.

You can look at this however you’d like, and the Senators defence most definitely isn’t the strongest, but you need your goalies to make saves for you. I said the exact same thing when Murray was struggling, and I’ll say it again with Hogberg in this case.

The Senators goaltending has been a persistent issue all season long, and it seems like we’re still in the woods after that performance we saw tonight.