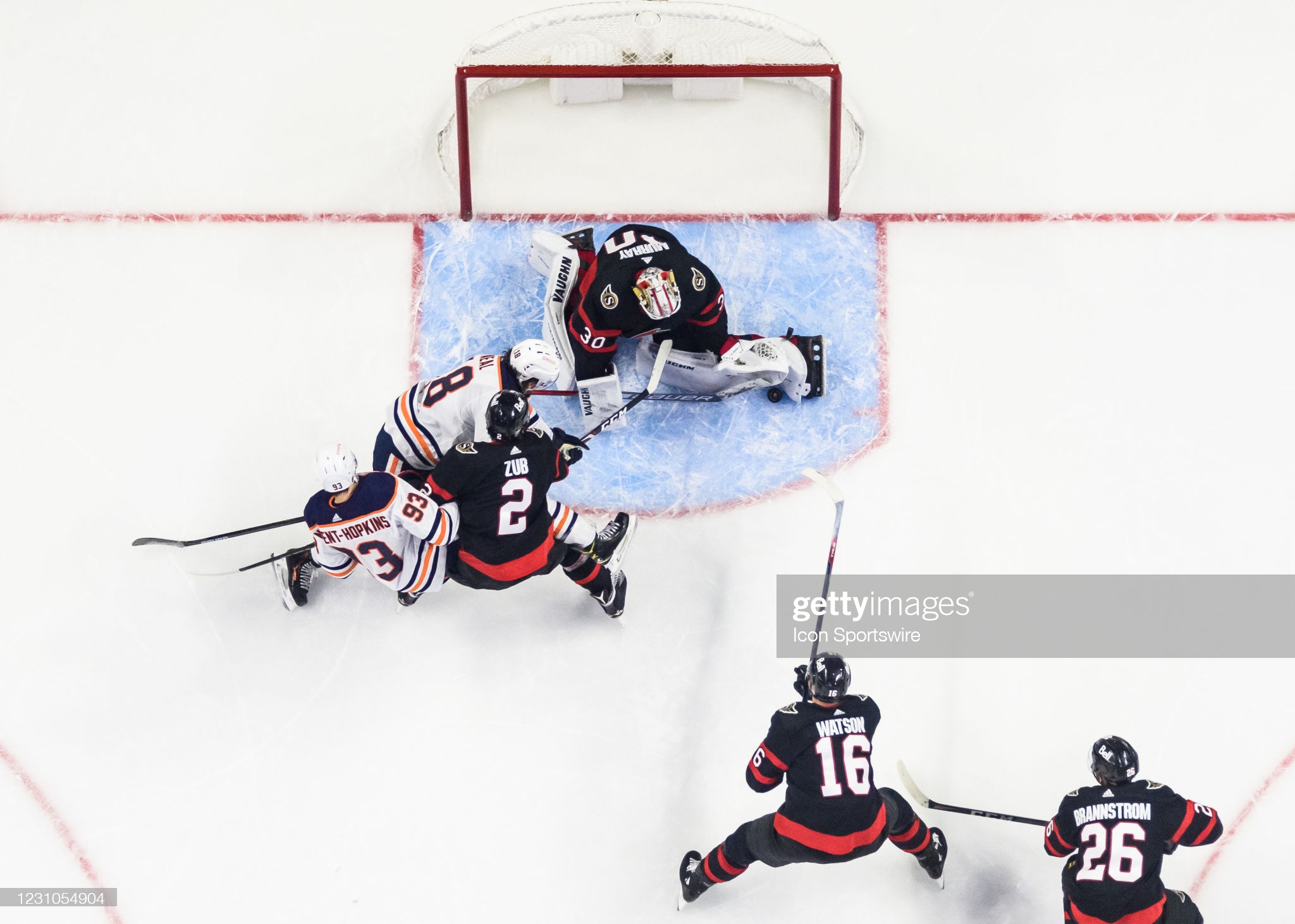 Well, the last time the Senators played the Oilers, it ended up being a horror show for fans and the team. On Monday night, although they fell to them once again, it was a loss with much more positives engraved into it than just over a week ago.

With those positives came some negatives too. The Senators once again proved they couldn’t stick with a fast team like the Oilers in the late stages of the game, and it cost them the two points when the buzzer went off at the Canadian Tire Centre

Artem Zub should’ve been here at least once in the last few report cards I wrote, and it’s my fault I didn’t make that decision earlier on. Well, here he is now.

For as much as we’ve disliked the Senators defensive play for the large part of the season so far, newcomer Artem Zub has been one of their best defencemen. Coming into this season, no one knew a bunch about the 25-year-old that was joining the NHL from Russia’s top league. Although he wasn’t able to draw any points out of last night’s game, I’ve decided that’s not what I’m looking for from this player the more I watch him.

Zub is indefinitely one of the best puck handlers this team has on the blueline. You look at a guy like Erik Gudbranson, or even Josh Brown from earlier on this year, both RHD who struggled to manage the puck for the majority of their play. It’s a completely different story for Zub. Not only can he handle the puck well, his first pass instincts/decision making is top notch as of this moment. I’ve noticed him quite a few times jump up into the rush when the Senators are countering. His confidence is beaming right now.

While he’s only played five games for the Sens, he leads all defencemen at 5v5 Corsi For with a 54.03. Honestly, I’m not shocked. Each time he’s on the ice, it seems like the defensive pairing is much more aware of their surroundings and how to avoid chaos in their own zone for the most part. I understand that it’s a small sample size, but he’s shown that he can stick around on this team. He shouldn’t be a victim of being healthy scratched anytime soon.

The Senators got this guy for a one-year-deal for league minimum money, and he’s proven to be a great find so far this year.

Remember when the Senators recently waived Braydon Coburn? That was great move considering we’ve had the chance to see Erik Brannstrom burst onto the scene. Well, I think it’s time the Senators look at waiving Gudbranson too for the purposes of sending him down to the taxi squad. He’s just not cutting it anymore. I said this in my last report card when the Senators played Montreal, and I’ll say it again. When Erik Brannstrom is carrying that pairing of him and Gudbranson, it’s not a good look for the veteran by any stretch of the imagination.

It seems to me like each time he’s out on the ice, the opposing team finds a way to chip pucks behind him and it’s game over from there. Not only does he struggle to make a first pass to get the zone exit going, his passes either go down the ice for an icing call, or he flings it right on the stick of the opponent which leads to more shenanigans.

If you were to ask me, I think he’s done his time in Ottawa and it’s time to find a new defencemen on that right side. Who could that be? Josh Brown? A trade? Only time will tell, but I believe it’s imperative that Pierre Dorion gets moving on this sooner rather than later.