Honest Thoughts About the Ottawa Senators From a Montreal Canadiens Fan 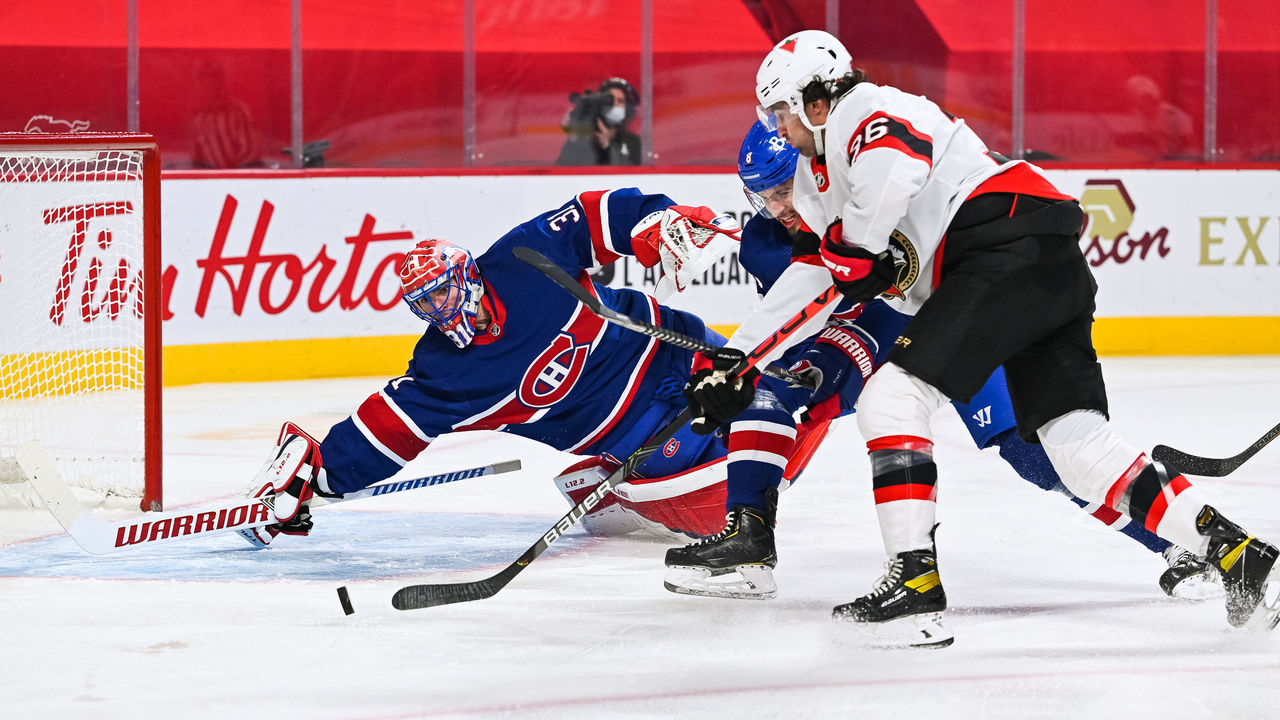 The Ottawa Senators and the Montreal Canadiens have a long-standing rivalry that will only get more heated as this season wares on. Through the first two games of the series, the Sens have been impressive at times, particularly in the first game where they took down the Habs who led the NHL’s North Division at the time.

Despite the rivalry, I wanted to take an objective look at the Senators from an outsider’s perspective in my return to 613 Sports (I have missed you guys, by the way). Now, this isn’t the first time I have watched the Sens play this season. I have caught every game so far, and man has it been tough to watch, even as someone who normally loves it when the Sens lose. But even I have to admit, there are some great things happening, even while the team is building a home in last place in the division, and the league.

If you don’t know what I have been up to since leaving 613 a couple of months ago, I have a podcast called Hockey Prospect Report. On the show, we take a look at some of the prospects both about to be drafted and some that have already been drafted. When we looked at Stützle, we were both amazed at some of the things he could do with the puck. We were adamant during the entire pre-draft process that the Los Angeles Kings should select Stützle, but they went with Quinton Byfield. We even tossed around the idea of Stützle being the number one pick, and if you were to re-draft right now, that’s likely what would have happened.

To say that I have been high on the kid who has since been nicknamed “Jimmy” would be a massive understatement. He has hit the ground running with 6 points in his first 9 NHL games and has been making an impact for the Senators already. Prospects like this are very rare, especially when they are the third-overall selection in the draft.

I try to hold myself short of saying he will be the player that the Sens build their franchise around because he is so young, but if he continues to play like he is right now and improves on a consistent basis like he has been, he will put himself in the category of best Senators of all time. He has blown my expectations out of the water to start the season, and although I really don’t like the Sens (and I mean I REALLY don’t like them) he has been incredibly fun to watch.

Going back to his time with the Pittsburgh Penguins last season, I have always been quick to defend Matt Murray from what seems like fans constantly wanting the next man up. He proved me right in this two-game series where he stood on his head in both games.

When the Sens made the trade to bring him in, I thought it was a fantastic move. To bring in a guy who has won two Stanley Cups before the end of his classification as a rookie is a good move on paper. Part of his issue has been his glove hand. As I’m sure most Sens fans know by now, he struggles with that more than he should. But another part of the game that isn’t helping him is the defence around him.

The Penguins didn’t have the strongest defensive core, and the Sens can’t even boast an average blue line. Murray is going to have his ups and his downs this season, and that is to be expected with the team he has in front of him. I am confident that he can get the job done, and I am even more confident that Marcus Hogberg or Joey Daccord will not come in and save the day. Having a little patience with Murray is needed.

You can make the argument that both games were much closer than they deserved to be thanks in large part to Murray. The Habs outshot the Sens by a wide margin on Thursday night’s game, and on Saturday afternoon, the Habs could have very easily been winning the game by two or three goals if not for Murray. I believe that he is the right man for the job, and I will continue to defend him because I know he is capable of playing like this.

Tough to Play Against

For the first chunk of games the Senators played this season, they looked like one of the worst hockey teams to ever grace an ice surface. Sure, they had their moments, but it never seemed like they were actually in the game by the end of the first period. That changed against the Canadiens.

There are a couple of things that stand out to me as potential reasons why, and I’ve already touched on Matt Murray, so no need to talk about that again. The Habs simply couldn’t play with the speed that they have been playing with all season. They couldn’t connect on passes they have been able to make all season, either. But, this wasn’t a situation where the Canadiens just played poorly despite it being part of the reason.

The Senators made life difficult on the Canadiens, something that hasn’t been done too often so far this season. The trap game, as much as it’s terrible to watch, worked against Montreal. They couldn’t play with speed and couldn’t dictate the pace of the game. This played right into the Sens’ hands.

Although the whole “Pesky Sens” thing seems to be dead and gone, it really felt like it was back in this series. Admittedly as a Habs fan, I’m nervous for the rest of the season series against Ottawa. If you flashback to last season, the Habs managed to lose to the Detroit Red Wings four times last year. Losing four games to a team that only won 17 games is cause for concern, and I didn’t see much that would suggest that concern should be gone.

Sens fans already know that they are playing for the future so I don’t need to tell you that. But one thing I can say about it is that it is pretty bright. Even though I am not a fan of the team, there are some things that I am excited to see.

Jake Sanderson is at the top of my list. The Sens just don’t have that defensive core that you need to be successful in the NHL. In fact, they have one of the worst bluelines in the NHL this season, if not the absolute worst. Sanderson should be able to step in and stabilize things a little bit.

All I can ask is to not have to see Sanderson suit up in that Reverse Retro jersey. Oh, and #GoHabsGO!