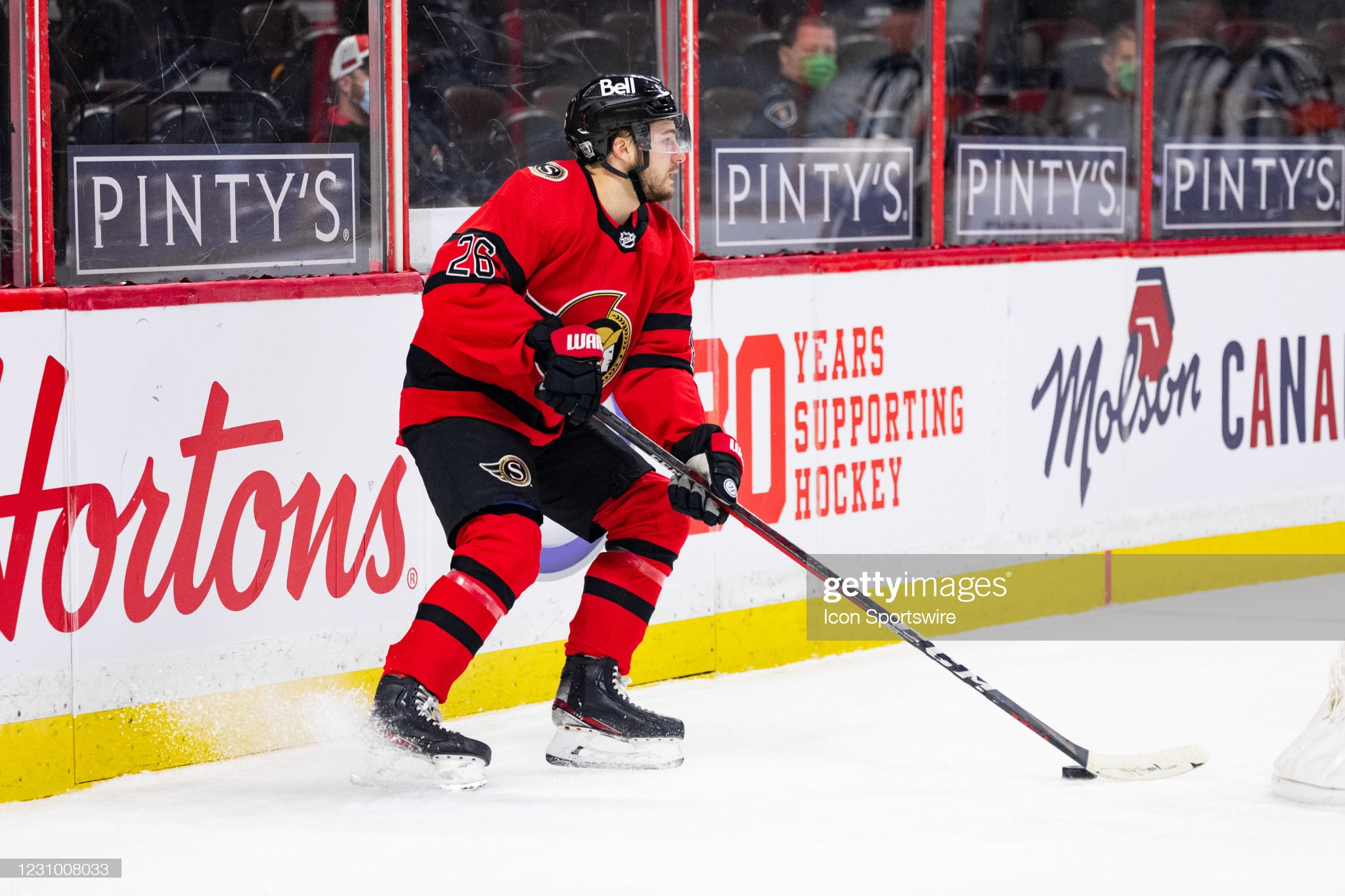 That was a really deflating way to end that game. We’ve preached all season long about losing, but with young guys in the lineup would be significantly better than with veterans. However, it feels like the Sens just lost in double OT… ha ha ha.

Although they didn’t get the two points, there was lots of positives to take away from this afternoon game.

Isn’t Erik Brannstrom so fun to watch? The answer is yes.

I cannot believe it took that long to get him into the lineup. This was only his second game since making his season debut on Thursday, and I couldn’t be happier with his play so far.

The left side of the Senators defensive core is pretty strong for their future plans, but this season it’s probably one of the worse left sides you’ll find in the NHL. At least until Brannstrom stepped in. He’s been so smooth with the puck, and he showcased that again today with his work on the second PP unit. Even in his own zone, he’s looked fine for the majority of the time. He was rocking a 64CF% in 5v5, the highest amongst Senators defencemen today.

Having Brannstrom is eventually going to take the workload off of Thomas Chabot also. We all know Chabot is the Senators best guy back there, but the progression and improvement over the season (if he stays in the lineup) of Brannstrom is going to benefit him greatly.

Shoutout to D.J. Smith for getting him nearly 16 minutes of TOI. We’ve been critical of Smith this season, myself included, but he’s shown some improvements in the last couple of games. Also, with the way Branny is playing right now, there is no reason he should be taken out of the lineup anytime soon.

Sorry guys, but we need to talk about Evgenii Dadonov. I’m sure people are going to disagree with this choice, and it’s time we rip the bandaid off in my opinion. I know he’s been improving his game as of late, but I’m still extremely disappointed in how little he’s brought to the table so far this season. I understand it’s a new team for him, and he might need some time with the systems, but three points in 11 games is just not going to cut it. He’s gotten a few more chances in recent memory, alas this player needs to start banging home some goals soon.

He’s also been bumped up to the first line, and the first PP unit, but there is still very little that is getting me to jump out of my seat regarding this player. I’m not saying he’s some plug by any means, but Dadonov needs to turn it around here. The Senators will be in no position to win much of anything this season, although Dadonov putting up this level of production despite the deal the Senators gave him is unacceptable.

What’s it going to take at this point?