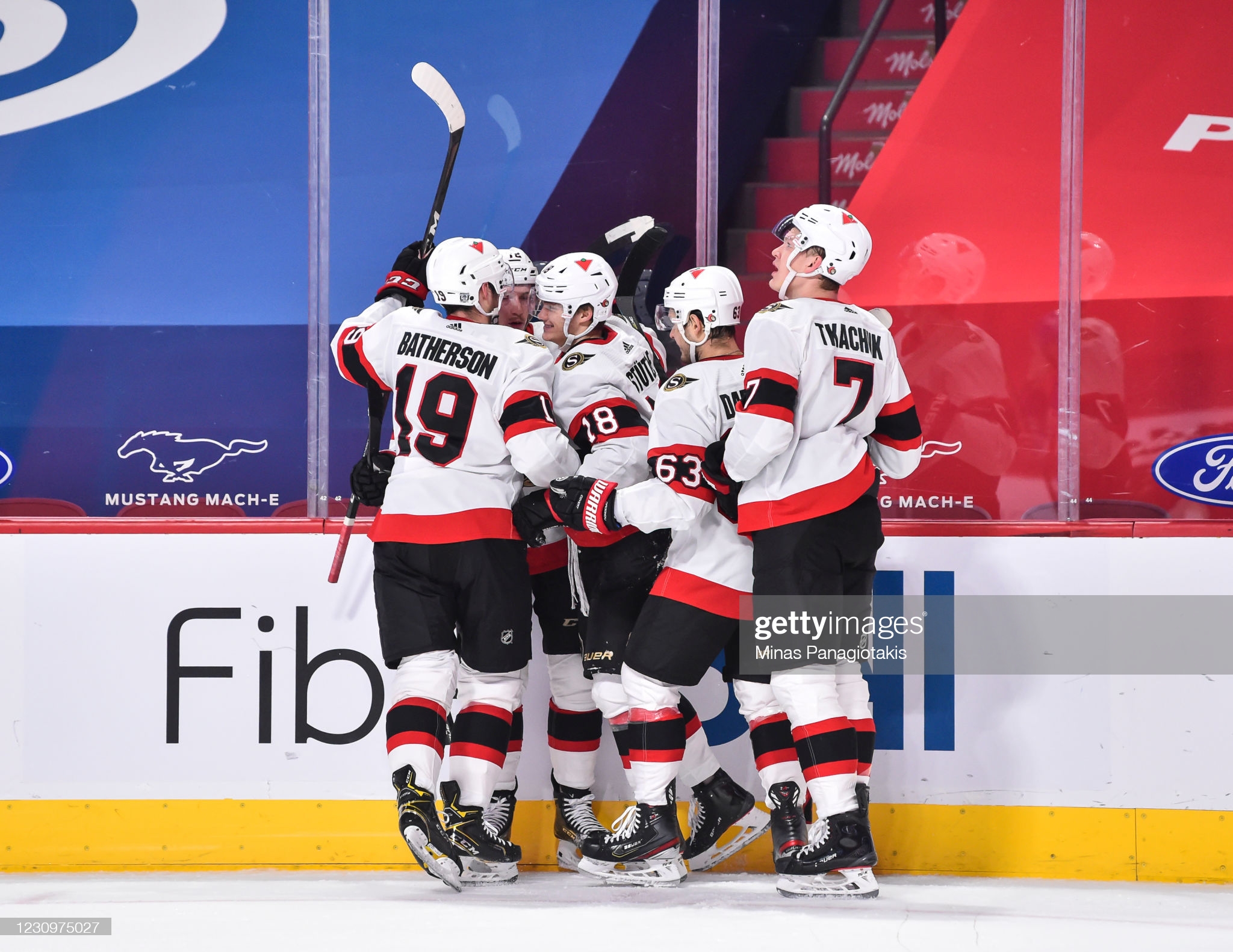 The Ottawa Senators finally won a game, and the universe feels back in place right now.

After letting the Canadiens get the first goal of the game, the Sens stormed back and managed to grab the 3-2 victory when the buzzer went off.

Did you really think anyone else was going to get this award? Sure, there could’ve been another few guys up here, but Jimmy is the lucky guy tonight.

I said it last report card, and I’ll say it again, Stützle looks better and better as time goes on right now. His offensive drive and consistency is a great benefit to the Senators right now. His vision is also something that looks sharp as this season progresses.

Take the Thomas Chabot goal that tied the game up for instance. He makes a stretch pass to Tierney that arguably sets that whole play up. Yes, Tierney puts it in Chabot’s wheelhouse so he can snap the shot off, but the pass from Tim Stützle creates that sequence for the red light to beam behind Carey Price.

Now let’s break down his goal that sent Ottawa into the dressing room after 20 minutes up by one. He notices no Canadiens defencemen is picking him up as he creeps into the inner half boards, and he releases a beautiful wrist shot on the pass from Drake Batherson. It’s interesting to see Stützle take more initiative in using the shot that we all know he possess. He only has 10 shots all season long, and I think even Stützle is realizing right now that he needs to continue firing the puck. At the end of the day, it’s gotten the 19-year-old into a three-game goal streak. It was also nice to see D.J. Smith take a shot at playing the youngster in the final seconds of the game while the Sens were only up by one goal.

I know Gudbranson got himself on the stat sheet after tonight’s game, but his defensive play is still a huge red flag for the Senators right now. He was paired up with 21-year-old Erik Brannstrom for most of the night, and Brannstrom carried that pairing all game long.

He’s not doing anything that is impressing me in front of the net regarding battles, and he also just flutters the puck at times that leads to unnecessary giveaways to the opposing team.

I don’t think Gudbranson will be going anywhere in the near future. The Senators clearly value his play on the blueline, and I don’t believe D.J. Smith is ready to move on from him. Especially with the injury of Christian Wolanin (Even though he plays on the left side).

His corsi numbers were also a nightmare tonight. Gudbranson’s percentage stood at 36.11% at 5v5. There was 13 shot attempts for while he was on the ice, and 23 shot attempts against.