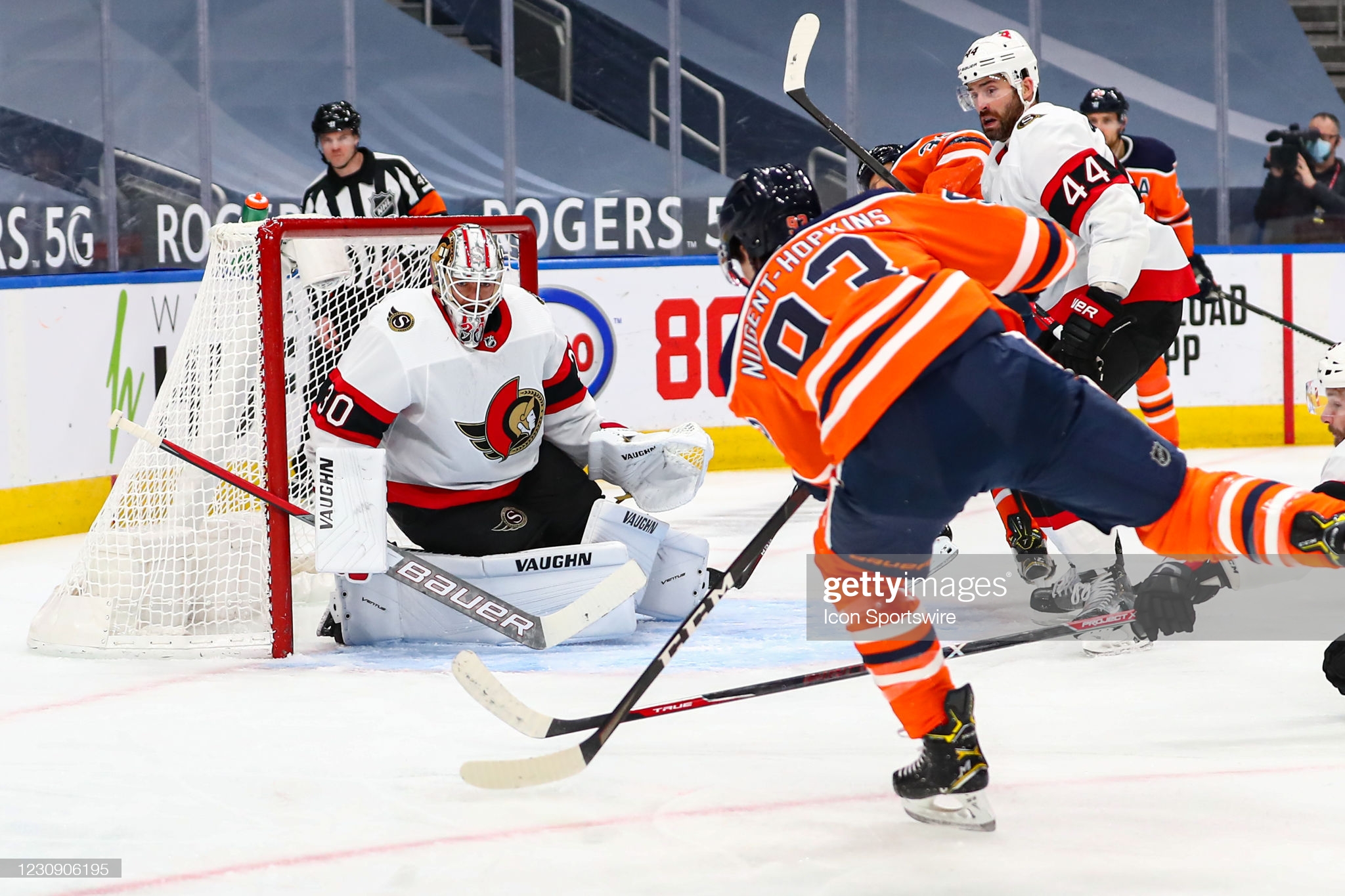 So, what exactly was that?

Last night’s game started with eight goals alone in the first period. And somehow, the Senators were only behind two goals after the first 20.

In their last five games, the Senators have now been outscored 30-11 by their opponents.

To sum it up, I’m not going to give them much credit for a “comeback” because this team was still awful all night long.

Most impressive player of the game: You can’t be serious, right?

There is no way I’m handing this out to anybody after that abomination. Like I said earlier, I’m not going to give them any moral victories that they were able to only lose by three goals instead of four or five. Sure, some guys looked better out there than others, but no one did enough to deserve this crown from my perspective.

This team was a disappointment all night long, and the PK still looks hopeless with that collapse style they are playing. Four of Edmonton’s goals last night came on the PP alone. Matt Murray looked pretty rough once again, and I’m not going to lash out on Marcus Hogberg for stepping into a game when it was essentially a wrap.

Least impressive player of the game: That blueline

Trevor Shackles, someone who is known quite well on Sens twitter said this last night and I couldn’t agree more. With every game that passes by, it seems like this team only gets worse after you think they’ve already hit rock bottom after their previous outing.

The problem with this team is clear as crystal. Our blueline is awful. There is no one back there that would even come close to cracking a Stanley Cup favourite team besides Thomas Chabot. By the way, remember when we got upset with him a few games ago, myself included? Boy, I think we all owe Chabby an apology after seeing that horror show last night.

Gudbranson and Coburn are just way too slow, and when opponents start cycling the puck in the Senators’ end, it’s game over for that pairing most of the time. Even Josh Brown, someone who looked alright when the season kicked off who now just looks like he just can’t compete on a night-to-night basis.

Goaltending is another problem of its own. Matt Murray continues his struggles, and you have to think about if Joey Daccord will get a shot with this team shortly if this persists. Marcus Hogberg isn’t your solution, nor should he be considering you put bet the house on Matt Murray when you traded for him and re-signed him to a long-term deal.

That leaves us with only one question: What is the solution? Vince Dunn? Victor Mete? I think the Senators could use some shuffling around on the forward front, but that backend needs to be adjusted fast if they want to hit the 10 game winning mark this season. And by the looks of it, it might take them a long time to get those 10 victories.

Oh, before I let you go, today is the day we’ll most likely find out if Tim Stützle remains with the Senators or is sent back to the DEL. Fun times, am I right?