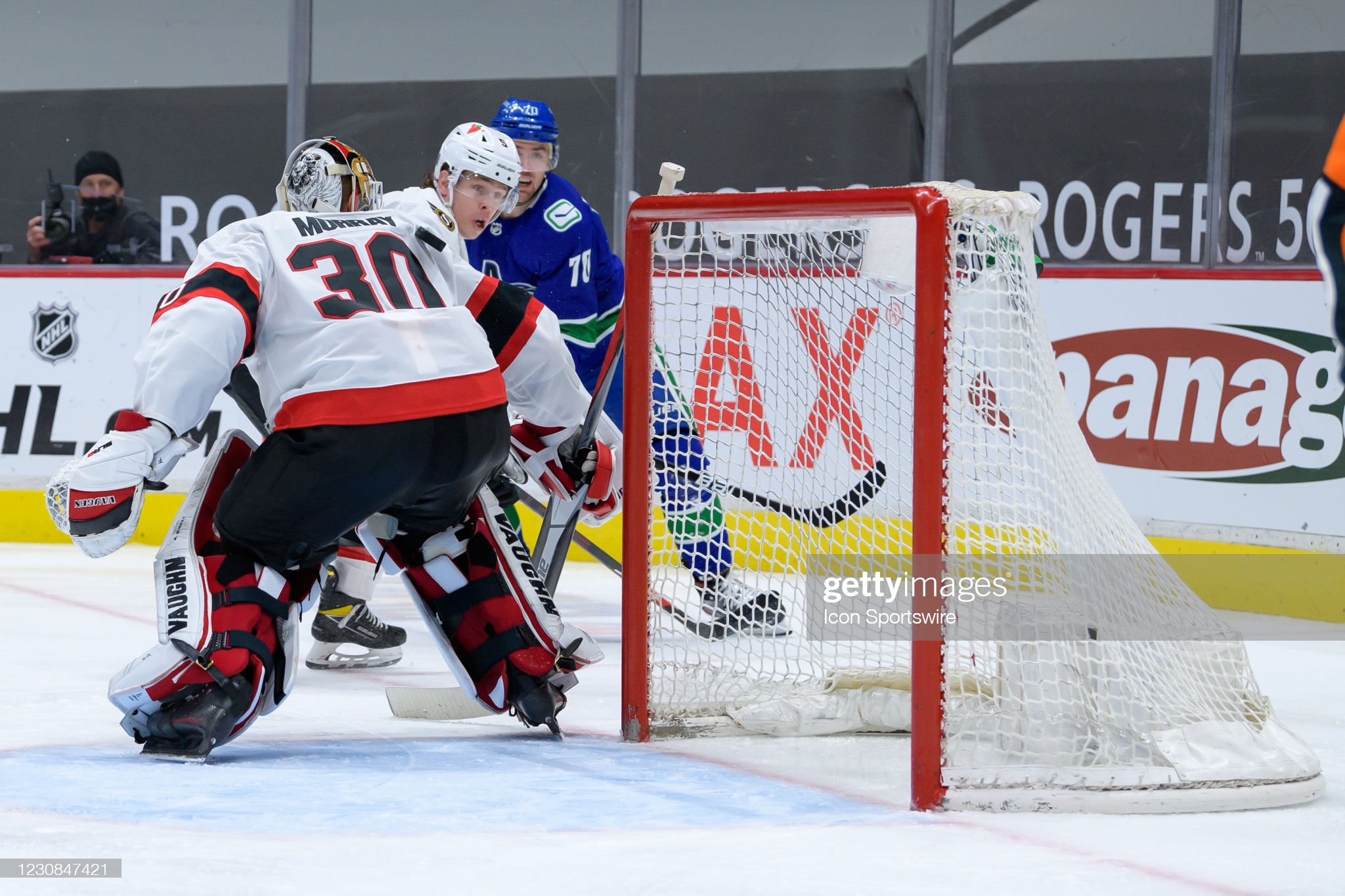 The Vancouver Canucks are Ottawa’s official kryptonite. Forget the Battle of Ontario, it’s now Ontario vs. British Columbia by the looks of it.

Vancouver managed to close out the sweep last night in a 4-1 win over the Sens, leaving fans disappointed once again after staying up late to watch this game. I present one question before we get into this report card, when will the Ottawa Senators ever win again?

There are probably another two guys that deserve this spot after last night’s game, but I’m going to give it to the player who needs it most. Thomas Chabot.

Chabot has been noticeably struggling so far this season, and his production on the ice has taken a hit from it too. After a few games to forget against the Canucks, he looked much stronger on Thursday night from my perspective. Were there the usual mishaps? Yes, but we need to remember that Chabot doesn’t have a great support cast around him back there. I think fans should be completely fine with the usual bad game from their best defender, but before last night it seemed like Chabot was headed downhill quicker than usual.

He scored the lone Senators goal in an impressive solo effort when he slid it between Braden Holtby’s legs in the second period. He also finished the night at 5v5 with a 72.22 CF%. Not too shabby. Overall, he played with lots of poise and confidence last night and it resulted in him finally getting on the stat sheet with his third point of the season.

I’d like to think I’ve given Matt Murray lots of wiggle room up until this point, but this is getting really ugly in net for the Senators. Murray has been struggling heavily the last few games he’s played, and he hasn’t given the Senators a fighting chance in some of their games they’ve lost.

I know that our defensive core isn’t anything to write home about, but you need your goalie to make big saves for you every once in a while. Matt Murray is simply not doing that in recent memory.

In his last four starts, these are his numbers.

For whatever reason, it’s just not clicking for Murray at this early point of the season. He’s let in the second most goals against at EV, only behind Mikko Koskinen of the Edmonton Oilers. To make matters worse, Murray has the third worse EV save percentage at .863 when looking at goalies who have played a minimum of three games so far.

This becomes a real dilemma for the Ottawa Senators. Do you let Murray keep playing and hopefully he finds his game? After all, you did pay him big money and you’d expect him to hopefully bounce back. Or, do you go to Hogberg + Joey Daccord for a bit to let Murray sit out and get his confidence back? Only time will tell, but time is ticking fast.