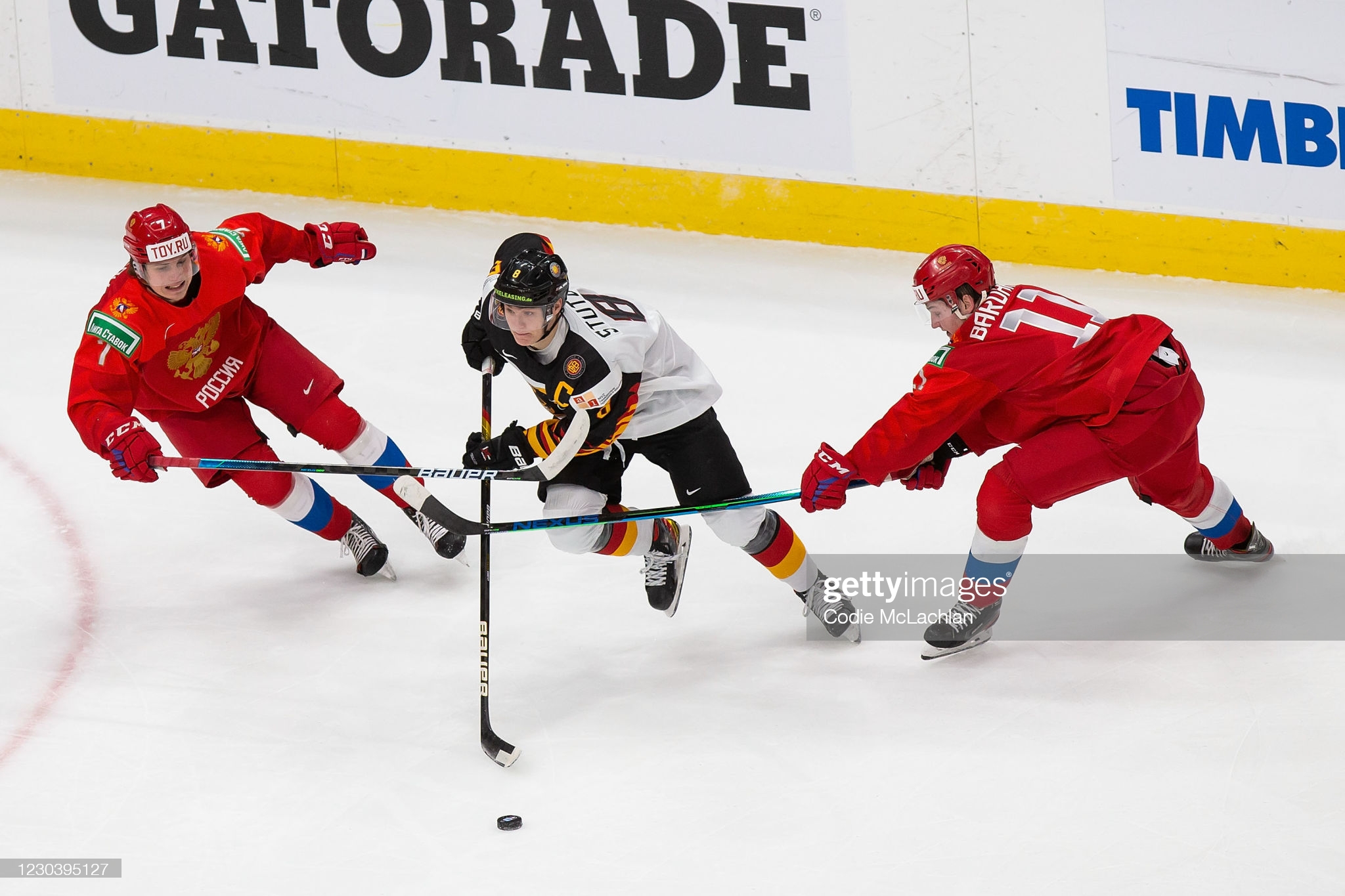 The NHL season gets underway tonight, but the Ottawa Senators will have to wait another couple of days before they drop the puck in the Battle of Ontario versus the Toronto Maple Leafs.

Another person who will have to wait until Friday night is the third overall pick, Tim Stützle. Stützle has become a fan favourite in a blink of an eye ever since the draft day in October and his recent impressive performance at the World Juniors.

Being a young player coming into the NHL can mean many different things, especially when it comes to how you’ll fit into the line-up and how staff will see the best fit for you. Tim Stützle is no different. I decided to break down how D.J. Smith and accompanying staff members should use him throughout the 56-game season.

Since joining training camp from his stint at the World Juniors, Stützle has been on a line with Derek Stepan and Evgenii Dadonov. Two players who are guaranteed to be playing big minutes for the Senators this year. This has to be the gig head coach D.J. Smith lets Stützle flourish in all season long.

The Senators’ offensive woes last year were evident, and it showed on the stat sheet. With the addition of Tim Stützle at the helm, Smith should be looking to let him get out there guns blazing right from night one. Considering his time at camp was shortened because of his early absence, I would expect him to start in the top six but maybe fall to a third line scenario for a few games, so he’s not thrown to the wolves either.

Realistically, the best fit for Stützle and the Senators should be 15-18 minutes a night. I know 18 seems like a stretch for such a young player, but this is an exceptional talent we’re talking about here. And the only reason I feel confident about saying 18 minutes is because of his partners on his line. Derek Stepan and Evgenii Dadonov are both players who are experienced in the NHL and will be great mentors for the youngster. His offensive drive was crystal clear from his play at the World Juniors, and the Senators will need him to create a spark for them too on some nights.

Special team minutes will also be critical for Stützle and his development this season. I just said how his drive in the offensive zone is something the Senators will love to have around, and then placing him on the special teams is the easiest way to go about it. There’s no reason why Stützle shouldn’t be on the first power-play every night during the Senators season barring any injuries. He’s someone who displays fantastic playmaking skills, can get a quick pass off and has no problem releasing the puck from his stick when the opportunity comes knocking.

As for the penalty kill, this is a slam dunk for me. I don’t think Stützle should be nowhere near the penalty kill for the Senators this season. He’s someone who is still way too young, and there are far more qualified players on this team to be trusted on defensively than an 18-year-old. Now, that doesn’t mean that he won’t be able to improve his defensive work while playing 5v5. It’s just a gamble that the Senators do not need to take by using Stützle on the penalty kill.

Much like the penalty kill, the Ottawa Senators should try to avoid defensive zone start for Stützle the most they can. This comes with exceptions, like in a scenario where his line is called upon after Matt Murray freezes the puck, his shift starts, and there’s another face-off moments later in his zone, or an icing occurs.

But when they’re able to, the Senators should try and avoid this for most instances. This goes back to what I said earlier about not feeding him to the wolves in scenarios, which is one of those scenarios. And you can think of this as an element that they should focus on just for the start of the season if that helps. The further the season goes, they can explore by throwing him into a defensive zone start when the other team’s top line is out there. But that should come with time and progression of his defensive game.

To cap this off, I think they need to keep an eye on how they start him and where that is on the ice in certain instances. For the time being, Sens fans should look ahead to Friday night’s tilt with the Toronto Maple Leafs, the same night Stützle turns 19-years-old.