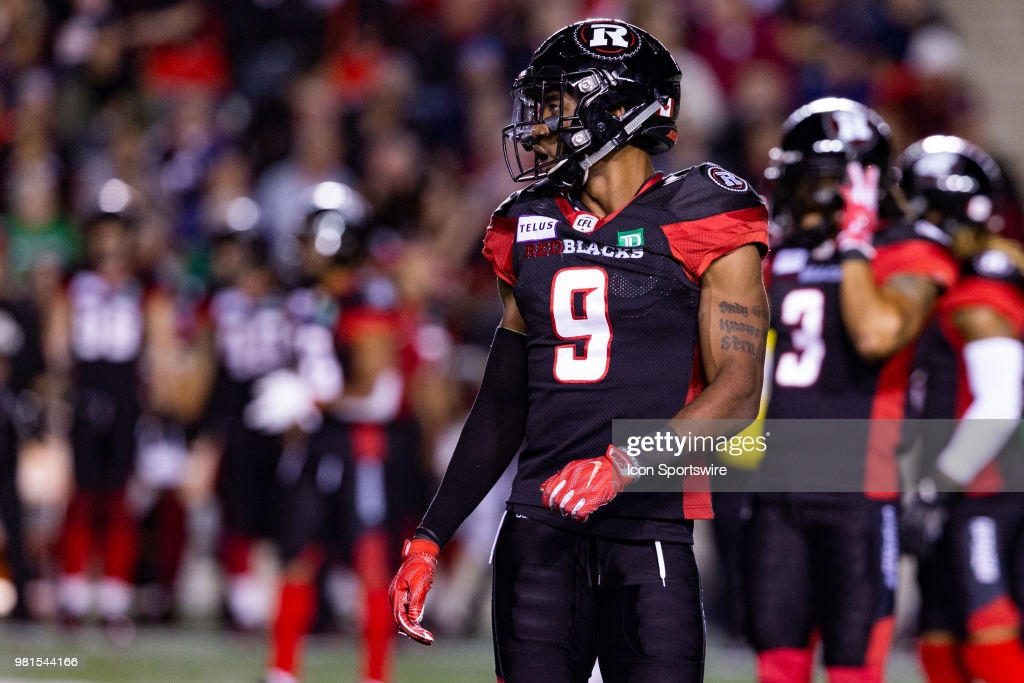 After four seasons with the Ottawa Redblacks, Jonathan Rose has signed with Edmonton. Rose signed with Ottawa back in 2016 and had an immediate impact on the team. He started in 14 games and eventually helped the Redblacks win their first Grey Cup, recording 6 tackles in the win. That same season he was named a 2016 East Division All-Star.

During the 2017 season Rose recorded 53 defensive tackles and two interceptions. However, it was in 2018 where Rose had his best season in the Red and Black. In that season he recorded five interceptions, four fumbles and scored a defensive touchdown as well as being named an East Division All-Star again.

Unfortunately, Rose suffered a serious injury in 2019. Although he thankfully recovered fully, due to the cancellation of the 2020 season, he has played his last games for Ottawa. In his time in Ottawa, Rose finished with 166 total tackles, nine interceptions, six forced fumbles, one sack, and two touchdowns. He is a beast of a player that Ottawa will miss.

Some may ask how big of an impact Rose had in Ottawa and when asked this question, our former Redblacks writer and current co-host of the 13thman podcast Frankie Benvenuti said,

“It’s virtually impossible to get better when you lose a player like J Rose. Just from talking to him in the past, I expect him to come out like a house on fire and make big plays. Prove people wrong. For what it means for the REDBLACKS, obviously they lose one of the better backs in the CFL. How do you replace that? You don’t. You can only fill that spot with someone who isn’t as talented. Will it really hurt them? Maybe, maybe not, but it hurts. So excited for him to be back on the field however. The man whent to hell and back to make this happen.”

RNation will miss Jonathan Rose. His tough play really solidified the Redblacks defense and that is now a hole that management needs to fill rapidly if they want to compete again. We’d like to thank Rose for being a part of our Grey Cup and wish him nothing but the best in Edmonton.