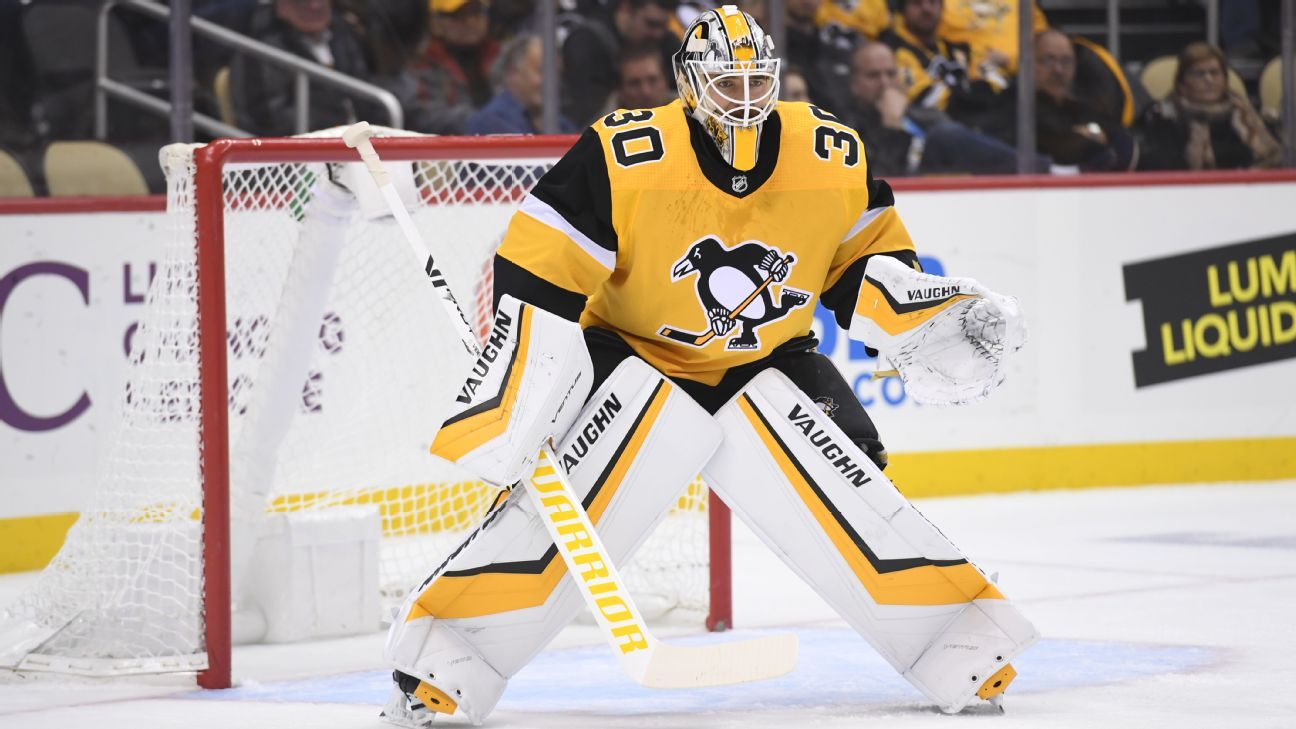 Of the boatload of money that was dished out on Friday during the opening of the 2020 NHL free agency period, the Ottawa Senators made one notable signing who was a newly acquired face for the organization.

Ottawa’s biggest splash was inking RFA goaltender Matt Murray to his first deal with the Senators since joining the team. Pierre Dorion signed Murray to a four-year deal with an AAV of $6.25 million-dollars. Murray came over in a trade that saw prospect Jonathan Gruden and the 52nd overall pick go to the Penguins during day two of the NHL Entry Draft.

The 26-year-old goaltender will be the Senators’ go-to guy in the blue paint when the 2020-21 NHL season kicks off. Murray was crowned Stanley Cup champion in back-to-back years with the Pittsburgh Penguins, and dismantled the Senators franchise while in goal for the 2017 Eastern Conference Finals win. However, the 2019-20 season as one to leave in the rear view mirror for Murray. When NHL play was suspended in March, Murray was stuck with a .899 SV% in 38 games played.

His starting job had been shared with Tristan Jarry, a goaltender who the Pittsburgh Penguins will now run with after a spectacular 2019-20 campaign.

What led the Ottawa Senators to Matt Murray?

When you talk about a guy like Matt Murray, you have to try and separate the facts from the hypotheticals and theories. Even before he joined the Penguins and helped them in their Stanley Cup runs, the guy was shutting the lights out at the AHL level with the Wilkes-Barrie/Scranton Penguins.

What exactly caused the slump in Murray’s play? That’s something I can’t quite wrap my head around yet. For the Senators, taking a risk on a goalie like Matt Murray made all the sense in the world.

The interesting part in all of this for me is the term of the contract he signed on Friday. If we’re being completely transparent here, the Ottawa Senators are still a season or two away from being in the picture of a playoff/contender franchise. By the looks of it, Murray and the Sens are in it for the long haul and want him as their number one guy for when the team is actually competitive in the future.

He’ll be 30 when the contract expires, and there is no way anyone can predict the future for both Murray and the stability of the Senators’ franchise by then. To me, Pierre Dorion saw a huge chance of success and took a gamble on Murray. He’s a guy who has shown he can perform at the NHL level, and the Senators will want him to prove it when he joins the nation’s capital.

Understanding the expectations for Murray

Signing your recently acquired goaltender can be an exciting time for any fanbase. For the Senators, it’ll be important to also monitor the expectations that are set out for Murray in his first season with the Sens. By expectations, I don’t mean signing bonus expectations because the Senators could never afford that right now.

As I said earlier, the Senators will probably be a bottom of the league team in the 2020-21 season. Matt Murray is definitely going to be an upgrade in net, but you shouldn’t expect a Vezina type of campaign out of him considering the team he’ll have playing in front of him.

Something that will be said frequently this year considering the amount of time-off teams who didn’t qualify for playoffs: we need some time adjusting to new faces and getting the legs going. Coaches talk about it all the time at the start of a new season. For Murray and the Senators, it’ll be no different than any other year. The team will continue to make mistakes as one does when going through a rebuild, and Murray will struggle at times but also be a saviour in others.

For the Senators, Murray’s first season should be about growing with the young group of talent and seeing how he’ll mesh with the youngsters as time goes on. The Sens signed him because they saw something in this player, but have to be careful with how you evaluate his level of play considering all the factors around him.

Matt Murray won’t be a star on opening night and that’s not what Pierre Dorion signed him for. But he’ll definitely have to balance the teeter-totter when the time comes in a few years.

The question mark surrounding the Senators’ crease has been answered, but now it’s time to put the pieces together and hope for the best.

One thought on “Matt Murray, Senators show signs of hope in new extension”