2020 Offer sheet candidates for the Senators 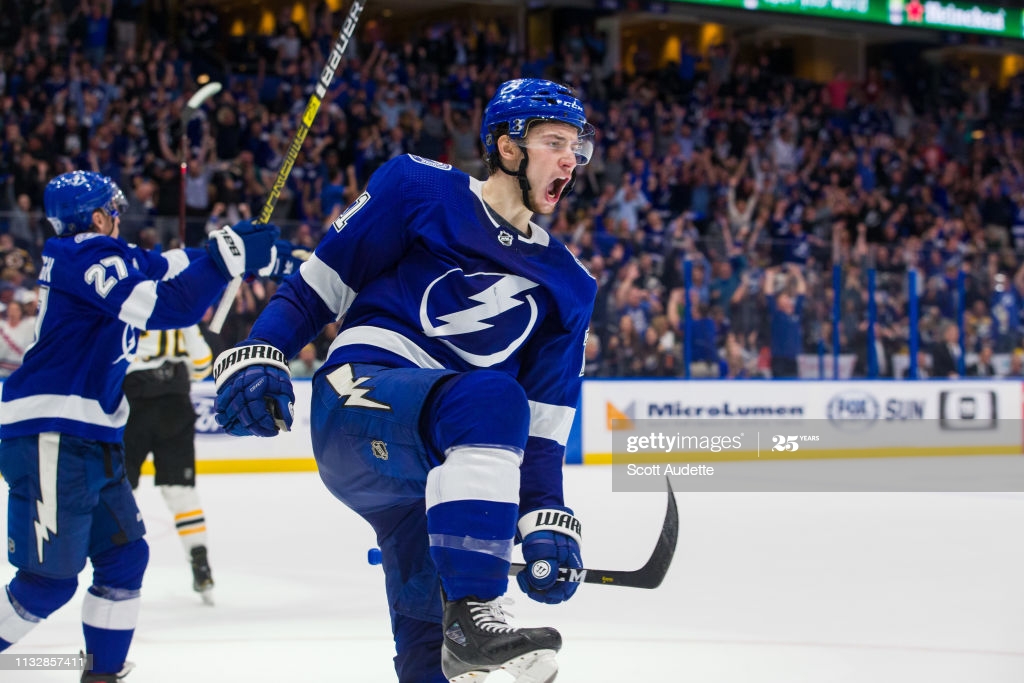 The next week figures to be one of, if not THE biggest week in Senators’ franchise history. The next week will see the draft, as well as the start of the free agency and, right now the Sens have the most ammunition in terms of draft picks, cap space and roster flexibility in the entire league. If they play their cards right, Pierre Dorion could come out of next week looking like an absolute boss.

With that in mind, the Sens have ample opportunity to go out and make a splash this “off-season.” With the boatload of draft picks and cap space the team has let’s take a look at this year’s top RFA’s and see if it makes sense for the Sens to send an offer sheet their way.

Barzal is the big name in this year’s RFA class. Barzal is a key piece of the Islanders long-term plans and is supposed to be their long-term #1 center. Last season he scored 60 points in 68 games. He also boasts a career PPG of 0.884, which ranks 39th in the league since 2017-18 (minimum 82 games played).

There have been rumors in the past Barzal doesn’t like the defense oriented system of Islanders’ coach Barry Trotz which, if true, could make him a good candidate to sign an offer sheet. However, Islanders’ GM Lou Lamoriello has stated in the past the team will match any offer sheets that come in for Barzal.

The Islanders are currently projected to have roughly 8.9 million in cap space for next year. Realistically, it would take the Sens roughly 7.5 – 8 million to get Barzal to sign an offer sheet. The problem is, as per NHL compensation rules, a team has to forfeit their OWN draft picks. That means this offer sheet would cost the Sens a 1st, 2nd, and 3rd pick. Debate away in the comments if you think Barzal is worth that compensation, but personally I would have to pass on this one.

Another possible option on the Islanders that might make more sense for the Sens is Pulock. Pulock is still underrated by mainstream fans and media but he is almost everything you could ask for in a top 4 defensemen. He has good size at 6’2” 217 lbs, is good defensively, can skate well, can contribute offensively (10 goals last season) and is also right handed. Pulock could be a DREAM partner for Chabot for the next five years. Pulock will be 26 by the time the next season starts and should be right in the early stages of his prime.

As previously detailed, the Islanders are very low on cap space and will have even less after what will likely be a big extension for Barzal. That means the Sens could very well pry Pulock away for somewhere around $4 million. The compensation on a 4-year, $4 million deal would only cost the Sens a 2nd round pick and I don’t think the Islanders would be able to match this deal. If I was in Dorion’s shoes, this is an offer I would make. If Pulock were to accept that the Sens blue line would instantly be much better.

Cirelli, along with Barzal, are probably the two biggest names in this year’s RFA class. Cirelli just won a Stanley Cup with Tampa Bay and that team seems poised to be dominant for many years to come still so it would take a lot to get Cirelli to accept an offer sheet. However, Cirelli did win a Memorial Cup with Sens’ head coach D.J. Smith in Oshawa and their relationship could give the Sens an edge in negotiations. Cirelli is somewhat undersized for a typical first line center as he is only 6’0” and 193 lbs but he has proven he is still a very effective player at the NHL level. Cirelli was on pace for 53 points last season and has been a double-digit plus player in all three of his seasons in the NHL. He can play in all situations and bring great versatility to any lineup.

Tampa Bay is going to have some very tough decisions to make this off-season and will lose some very good players. They are currently only projected to have about $5.33 million in cap space. Cirelli alone should command more than that. A realistic dollar figure that could get Cirelli out of Tampa Bay is probably around $6 million and a promise of a bigger role than he currently has in Tampa. An offer sheet of $6.25 million x 5 years would cost the Sens a 1st and 3rd round pick. If I’m the Sens and my scouts and coaching staff genuinely believe that Cirelli can be a first line center and provide similar production to Kopitar or Bergeron then I would absolutely make this offer. It all comes down to how high the Sens project Cirelli’s ceiling.

The big name defenseman RFA on the Lightning is of course Mikhail Sergachev. However, I don’t think it makes sense to dish out big money and draft picks for another left-handed defender when the team already has Chabot locked in long term. However, Cernak is another player similar to Pulock. The Lightning, like the Islanders, are in a big time cap pinch and have a lot of players to try and re-sign still. That means players like Cernak and Pulock could slip through the cracks. Cernak is also right-handed, is very reliable and brings great size to the blueline at 6’3” and 223 lbs. Cernak could be an excellent top 4 d-man for the Sens at a very reasonable price.

As mentioned, Tampa Bay will have big time cap problems this off-season. While still having to re-sign Sergachev and Cirelli, that makes them vulnerable for the sides to swoop in and offer sheet a very underrated player in Cernak. The Sens could offer Cernak a contract in the ballpark of $3.75 million for 4 years and it would only cost them a second round pick. That is great value for a player of Cernak’s caliber and the Sens could entice him with the possibility of playing first pair minutes with Chabot. This is an offer sheet I would definitely pursue if I was the Sens.

There are many other RFAs to consider offer sheeting in what is a big off-season for the franchise. These are a few that I think could make some sense for the team to at least consider. Let me know what your thoughts are on these players as well any others you are hoping the Sens might offer sheet down in the comments or our twitter! The next few weeks are going to be very interesting for the Senators organization.