Breaking down the Evgeni Dadonov signing for the Ottawa Senators 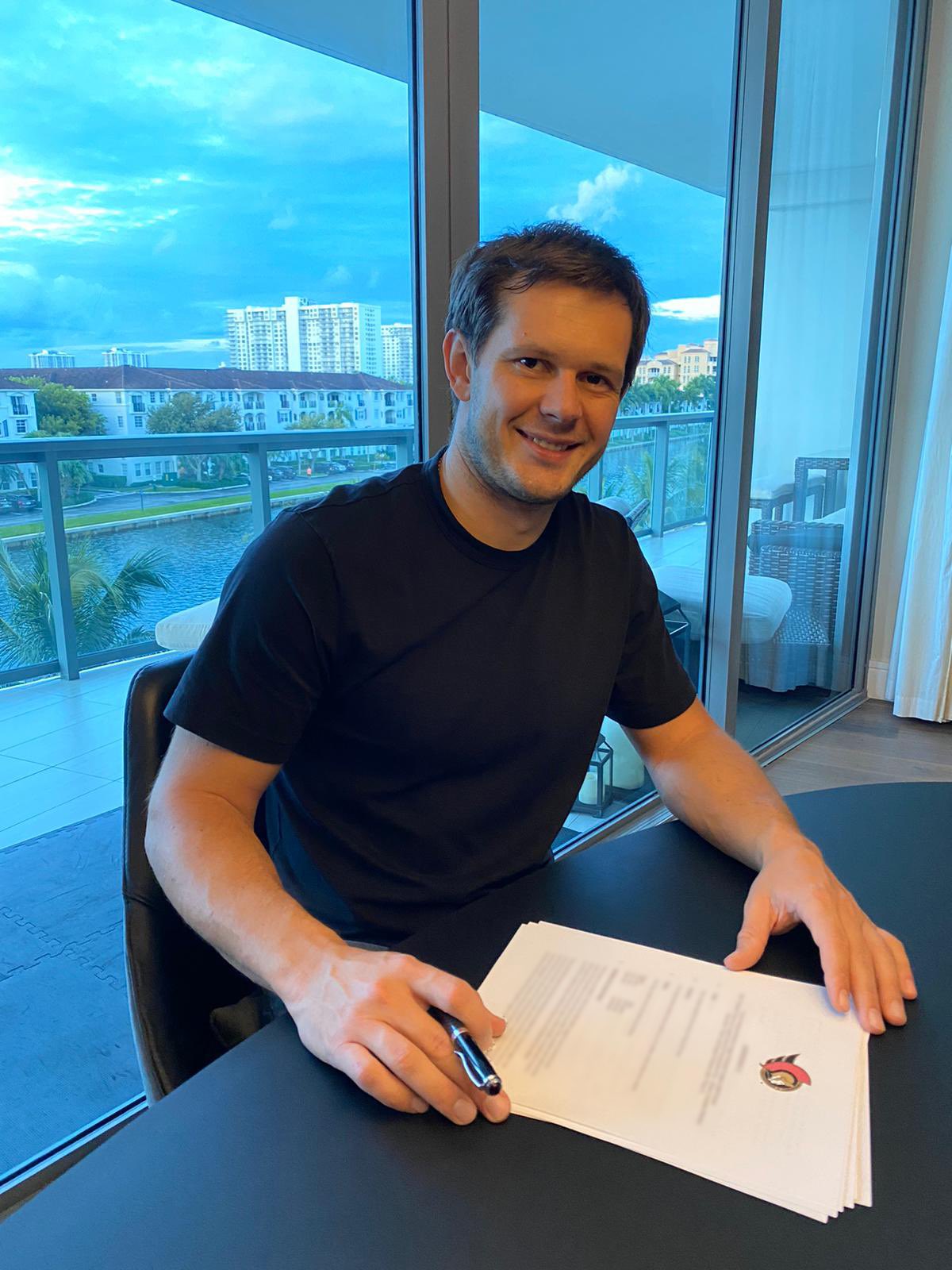 If you were looking for the last time the Ottawa Senators locked up a big name UFA, you’d be searching a long time to find your answer. That changed Thursday as Pierre Dorion made another splash in his fairly busy off-season so far.

He went out and signed forward Yevgeny Dadonov to a three-year deal worth $15M with an AAV cap hit of $5M per season.

Before I delve into what this signing means for the team, here’s how Dadonov’s new contract forecasts in base salary for Eugene Melnyk.

Evgeni Dadonov – Why Him?

The Dadonov signing came out of the blue on Thursday afternoon for many Senators fans. Bruce Garrioch of the Ottawa Sun came out to Twitter saying Dadonov had been the Senators’ top free agent target ever since Oct. 9, 2020. He also chose the Senators in the end when it came down to the final three teams he was considering inking a deal with.

Dadonov finished his 2019-20 campaign with 47 points in 69 games played for the Florida Panthers. He tallied 25 goals while adding 22 helpers. Although it was a drop in production when you compare it to the two seasons prior, the 31-year-old still put up solid numbers.

I think this was a home run for the Ottawa Senators. Dadonov has shown he can score lots of goals, and that’s what the Senators are looking for heading into next season. In the first three seasons since coming back from his KHL journey, he’s scored a total of 81 goals in 225 games.

He’s also been able to set up his teammates quite a bit. He’s tallied 101 assists in the 225 games for the Panthers. That’s someone the Senators will most definitely want to mesh in with their younger core. A guy who can score and also pass the puck is a great asset to have for Dorion’s young team.

The team ranked 25th in GF/GP in 2019-20, with a total of 2.68 according to NHL.com statistics. Yes, we all know they were not supposed to be good, but that’s awful and the Senators will be definitely looking for a small improvement at least.

As you’ll see in the chart above from Micah Blake McCurdy, the Senators offence at 5v5 was not anything to get fans jumping out of their seats about.

Evgeni Dadonov will definitely be looking to change that come the 2020-21 NHL season.

If you were to ask me, I think the Sens should go with a mindset of icing all their young guys this year to see what they can do. But, it seems unlikely Dorion won’t do that right off the bat when the season commences.

Dadonov was brought on for his scoring touch that a team like Ottawa so desperately needs. With that comes another factor of why he’s been brought on — the level of NHL experience he has. The Senators are in the midst of the rebuild, but Dorion likes to bring his veterans on to help the younger players. Dadonov being inked shows an example of that perfectly.

Even though 280 games doesn’t seem like much for a 31-year-old, Dadonov will be one of the “oldest” players on the roster. Also, his games played are only behind Artem Anismov on the forward front.

While he was on a KHL stint, he didn’t show any signs of missing a step when he returned to the NHL in 2017. What the Senators saw here is very simple. Dorion noticed an opportunity to add a goal scoring threat to his line-up, while at the aid of his younger players and he swung at the fastball.

What To Expect From Evgeni Dadonov

Dadonov will undoubtedly be a key piece for the Senators in their top six forward group right off the jump. D.J. Smith might even go as far as putting him on the right wing on the first line to get his feet wet. Whether he stays there or not, I really don’t see him falling down the depth chart so critically that he falls to a top nine spot.

If he does remain in the top six, he’ll also be a pivotal player for the Senators special teams. Similar to their scoring numbers overall, the Senators man advantage was a nightmare in 2019. It ended with a power-play of 14.7 per cent. No, I’m not kidding when I say that.

While he might see some time on the PK also, I really think Smith and the coaching staff are going to want to use him for his best skill — scoring. Which is why I think he’ll be on the top PP unit immediately.

Obviously the Senators should be expecting great things from Dadonov, after all he just signed a three-year deal with them. However, the team is still going to be a mess and nowhere close to playoff contention. As I said in my previous article, with Matt Murray now at the helm in-between the pipes, caution will have to be preached with a guy like Dadonov too.

If there’s one thing the Senators can check off their list, it’s that they’ve addressed a need at the RW spot while also grabbing a goal-scorer off the market. Keep an eye out for them to make another move or two so they can address the line-up down the middle at the centre position.