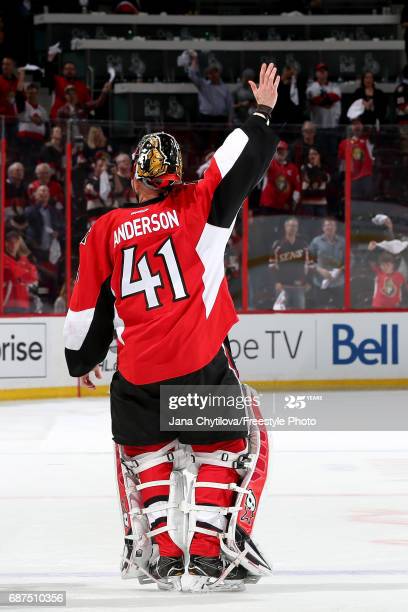 The Ottawa Senators announced that they would not be renewing the contract of Craig Anderson, Wednesday morning. This officially ends the 10-year run Anderson had with the team.

Craig Anderson was traded to Ottawa from Colorado to replace Brian Elliott back in the 2010-11 season. He would go on to play 435 regular season games and 40 playoff games for the Sens. Craig Anderson was able to stabilize the goaltending position in Ottawa after numerous years of different starting goaltenders.

Craig Anderson really burst onto the scene in Ottawa during the 2011-12 season, where he used his experience to win the starting position over Robin Lehner and Ben Bishop. That season, Craig played 63 games (which would be the most he ever played in one season for the Sens) and he helped carry the team to the playoffs in a year they were supposed to be rebuilding.

The following season, Craig Anderson would suffer a season ending injury but would come back the next year and eventually lead the Sens to two more playoff runs including the infamous 2017 cup run.

What most Sens fans will remember Craig Anderson for was his incredible performance in a shutout victory against the Edmonton Oilers in 2016. This was Anderson’s first game back after taking time away from hockey, to spend time with his wife Nicholle, who was battling cancer. That would be the same year that the Sens would reach the conference finals.

The big question now is whether he is the greatest goaltender in franchise history. Sens fans will surely debate this for years to come.

On behalf of 613 Sports, I’d like to personally thank Craig for everything he did and we wish him the best in whatever the future holds.