Senators numbers through the years Pt 3 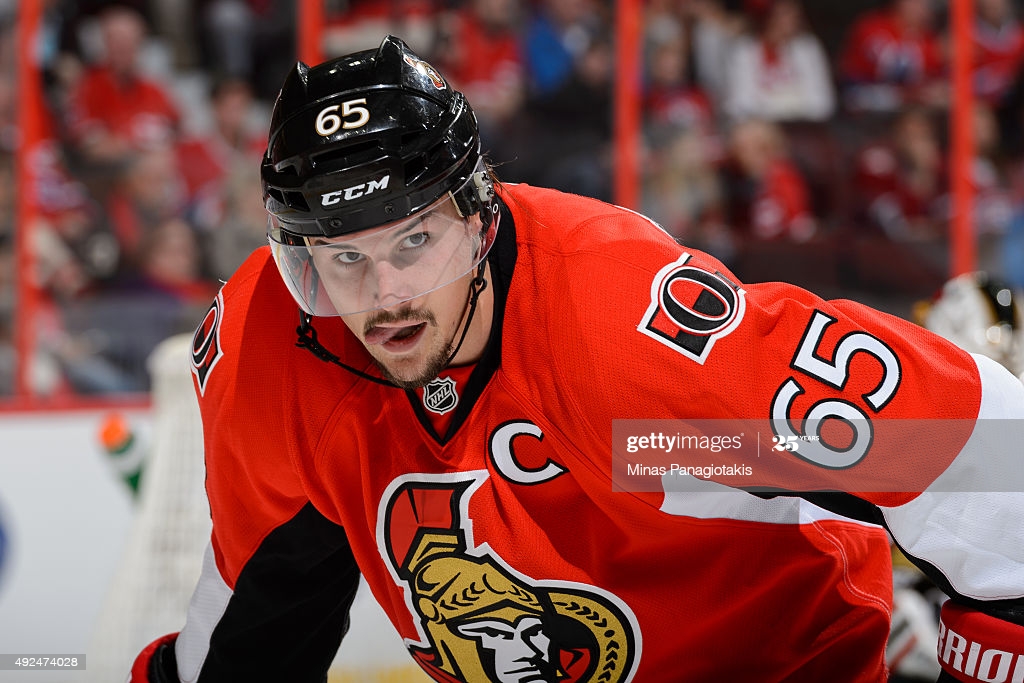 Welcome back to part 3 of this mini quarantine series. Last article we went through numbers 26-50. This week we will be going through numbers 51-75. *Note* Total games played, Total Wins and Total points are for regular season only*

Numbers like these just show how young the Senators franchise is as Artem Anisimov edges out Derek Smith as the best Sens player to wear this number. Anisimov was traded to Ottawa last season and played in 49 games earning 20 points.

Colin Greening wore this number in his first season in Ottawa. Greening, drafted by the Senators 204th overall back in 2005, played 24 games wearing this number, racking up a total of 13 points before changing to his more recognizable number 14.

This jersey number has seen a total of 30 NHL games split between 3 players. The most games that a player has worn this number is 11 and that player is Ilya Zubov. Zubov drafted by the Senators in Round 4 of the 2005 draft ended up playing 138 games in Binghamton and played only 11 with Ottawa before leaving back to the KHL. In his time with Ottawa, the center tallied a total of TWO points. The other 2 players who wore this number: Matthew Peca and Jack Rodewald did no better with Rodewald tallying 0 points in 10 games and Peca 2 points in 1 game. Hopefully, Senators will eventually get a great player to wear this number in the future.

No Sens player has ever worn the number 54.

Sergei Gonchar played for the Ottawa Senators from 2010 to 2013 for a total of 186 games. In 2 of his 3 seasons in Ottawa, the Sens made the playoffs. In the playoffs, Gonchar played a total of 17 games and tallied 10 points. When he joined Ottawa he was nearing the end of his career but he was still able to solidify Ottawa’s defence.

Only 3 players have ever worn this number. However, the player that wore this number the longest was Magnus Paajarvi. Paajarvi was traded from the Blues to the Sens in 2017 and played in Ottawa until 2019 for a total of 115 games and 27 points. He was a decent 4th liner for the Sens but once the 2019/20 season rolled around, it was time for him to depart.

While Cody Bass played 34 games across 3 seasons for the Sens, Max Lajoie played 56 in just his first season with the Sens. Max Lajoie, drafted in the 5th round by the Ottawa Senators in the 2016 Draft, is an up and coming prospect for the Sens. As mentioned, in his first season Lajoie played 56 games and tallied a total of 15 points while on the back end. After a decent stint in Belleville in the 2019-20 season he was called up again to the Senators where he played in six games before being sent down to further improve his development. Lajoie is a perfect representation of a bright future for the Senators.

David Dziurzynski is currently the best player to wear number 59. David played 26 games for the Ottawa Senators while spending most of his time in the minors. In these 26 games, he tallied a total of 4 points… To be fair, Formenton wears this number too but since he has only played 10 games and scored 1 point, he doesn’t make this list yet.

Mark Stone is the only player to ever wear this number and he only wore this for his rookie season where he played a total of 4 regular-season games and 2 playoff games. To read more about Mark Stone please look at the next number on this list 😉

Mark Stone appears again! After being drafted by the Sens in the 6th round of the 2010 NHL Draft, Stone changed his number after one year from 60 to 61 and then built his legacy off the number 61. Stone quickly became a fan favourite and once Karlsson was traded, he became THE fan favourite. Of course in typical Ottawa fashion, he was traded to the Vegas Golden Knights. This wrapped up his career in Ottawa where he played a total of 362 games and finished with 311 points as the number 61.

Eric Gryba is the only player to ever wear this number. After being drafted by the Sens in round 3 of the 2006 NHL Draft, Gryba would make his way through the minors before playing for the Ottawa Senators for 3 seasons, tallying a total of 29 points in 165 games and being a physical presence on the ice.

Following Eric Gryba, the next 7 numbers have all been worn by only one person. For number 63 this lucky player is Tyler Ennis. Ennis, after being acquired from the Leafs, played a total of 61 games for the Sens before being traded to the Edmonton Oilers. In these 61 games, he tallied a total of 33 points.

J.C Beaudin played 22 games for the Sens last season scoring a total of 1 point. He does have a bright future and hopefully, he can create a legacy under this number.

This is a painful one to write about. Erik Karlsson, one of the all-time fan favourites, was drafted by the Sens 15th overall in the 2008 NHL Draft. He would go on to play for 9 seasons, totalling 627 regular-season games and tallying 518 regular-season points. He would also play in 48 playoff games, finishing with 37 points. Before the 2018-19 season, Karlsson was traded to the Sharks, which would devastate the Sens fanbase and further add fuel to the #MelnykOut campaign. Karlsson is one of the greatest players to play for Ottawa and no one will ever come close to touching the number 65.

No Sens player has ever worn 66

Ben Harpur, drafted by the Sens in round four of the 2013 draft had a solid start with the Sens before fans turned on him and Ceci. Harpur played a total of 103 games and tallied a total of 7 points before leaving the Sens after the 2018-19 season.

Mike Hoffman, drafted by the Sens in round 5 of the 2009 NHL Draft, was that sniper and scorer that the Sens desperately needed. He provided that offence for 7 seasons, playing a total of 342 games and tallying a total of 230 points in the regular season. He also played in 25 playoff games where he scored 14 points. Mike Hoffman’s time in Ottawa ended when he and his girlfriend had a falling out with Erik Karlsson and his wife, and Hoffman was shipped off to San Jose (for about an hour).

Sadly no Sens player has ever worn the number 69

I don’t think anyone remembers this, but back in the 2017-18 season, a goalie named Daniel Taylor played one game for the Senators where he let in 4 goals in a loss. However, since he is the only player to ever wear 70, he makes this list.

Another very likeable guy who went by the name of Nick Foligno was drafted by the Sens in round one of the 2006 NHL Draft. He played in Ottawa for 5 seasons before being traded to the Columbus Blue Jackets for Marc Methot. In his 5 seasons, he featured in 351 games and tallied a total of 148 points. Nick Foligno could have had a very long career in Ottawa but then the Sens wouldn’t have had Marc Methot so it was a trade that had to happen.

H O T S A M B A T C H O. Yes Thomas Chabot, the man who is slowly filling the hole left by Karlsson is making a name for himself with the number 72. Playing in 4 seasons he has 119 points in 205 games and is rapidly becoming a valuable player for the Sens. His contract extension was very important as it gave Sens fans hope for the future.

Jarkko Ruutu played in Ottawa for 3 seasons and provided a decent amount of offence, having 2, 20 point seasons. He played a total of 210 games and tallied a total of 57 points.

Mark Borowiecki is the classic hometown hero that every team needs. Drafted in the 5th round of the 2008 NHL Draft, Boro has played 375 games and tallied a total of 51 points. However, Boro brings that leadership that is desperately needed on this young Senators team and he is currently in need of a contract extension. It would be a real shame if Borocop had to leave this team as well.

No Senators player has ever worn the number 75