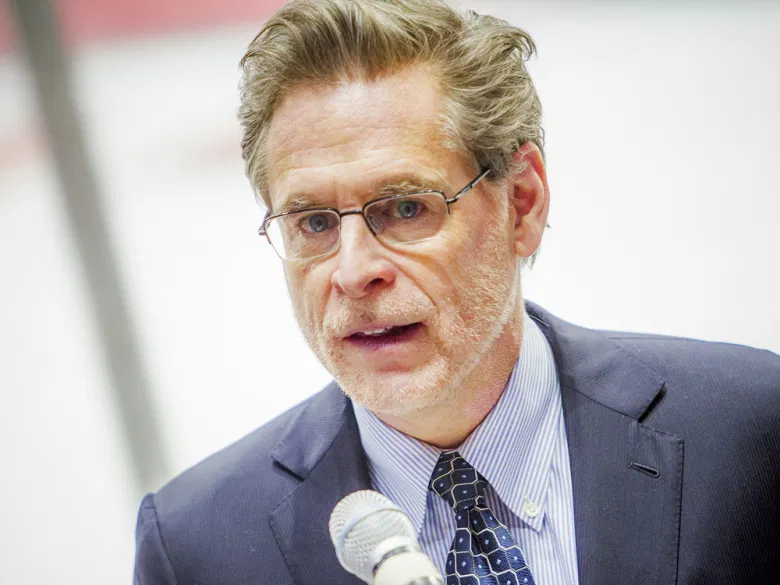 Just two months after being hired as the CEO of the Ottawa Senators, Jim Little has been fired by Eugene Melnyk because “Little’s conduct was inconsistent with the core values of the team and the NHL.” . We now know that this reason was completely idiotic as Jim Little released a statement:

To Sens fans, it’s just another name gone as Little now joins Nicolas Ruszkowski, Aimee Deziel, Tom Anselmi and Cyril Leeder as executives who have parted ways with Ottawa since 2017.

There is a bigger issue behind this, and that issue goes by the name of Eugene Melnyk. It appears that no one can work for Melnyk. In just 3 years, Ottawa has lost 5 high-end executives. These people aren’t nobodies either. These people have vast experience in their field and are currently employed by successful companies. For example, Leeder is now CEO of Myers Automotive Group, Tom Anselmi is currently employed by the OEG serving as the President of Business Operations & Chief Operating Officer.

What’s even more disturbing, is how fast these people are leaving once they are hired. Aimee Deziel was released as CMO just 1 year after being brought along. Tom Anselmi resigned a year after being brought along as the CEO, and now Jim Little just 2 months after being hired, has been let go because Melnyk couldn’t handle being yelled at, and was most likely being yelled at because Eugene Melnyk isn’t allowing people to do their jobs. People feel like they don’t have control of their position and because of that, they decide to leave. There is proof behind this as well.

Eugene Melnyk is currently being sued by his partner John Ruddy. Melnyk sued John claiming “The $700 million lawsuit claimed the joint venture failed because of an egregious conflict of interest on the part of Trinity and Ruddy.” (https://ottawa.ctvnews.ca/lawsuit-between-sens-owner-eugene-melnyk-and-developer-john-ruddy-will-go-ahead-1.4641233). John Ruddy fired back with a $1 Billion counter-lawsuit claiming “Melnyk’s lawsuit is ‘meritless’ and the claim against John Ruddy is ‘especially scandalous.’. This all happened in 2019.

Melnyk doesn’t play nice and doesn’t like to share things, and it affects more than just businessmen. Daniel Alfredsson mysteriously left his role as Senior Advisor of the Senators in 2017. Even players once they are traded, take slight shots at Melnyk:

The best owners don’t get involved. They sit back and let the experts do their things. All owners need to do is give financial support and make sure the right staff is on the job. As soon as owners start getting involved, things start going downhill. Take a look at other bad owners like Dean Spanos or Stan Kroenke. There’s no doubt Melnyk is putting himself in places where he shouldn’t be. The proof is right there in naming himself CEO of the Senators back in February of 2018, remaining CEO for almost 10 months, hiring a new CEO and then firing that CEO 2 months later because the CEO swore at Melnyk in a heated argument. He’s running a clown show and fans aren’t taking it anymore. While Melnyk is still owner, fans would rather stay home to watch the games, then go give him money. So please, NHL, get this man out. #MelnykOut