The Next Steps For Atlético Ottawa 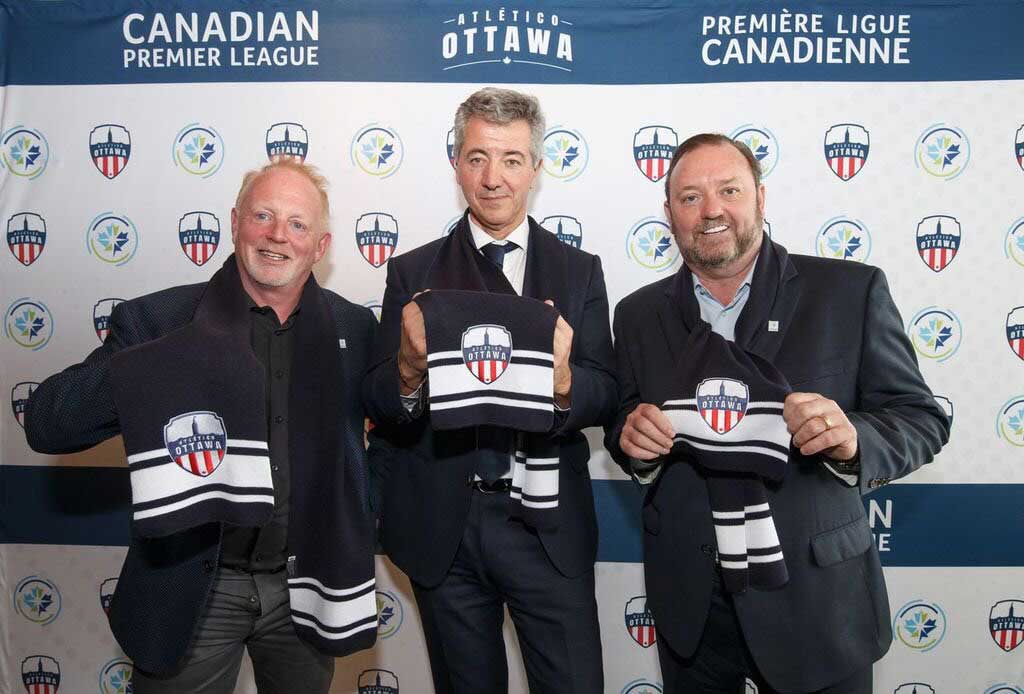 The day has come! Professional soccer is back in Ottawa. Only months after the Ottawa Fury ceased to exist, Atlético Madrid has swooped in and purchased a franchise in Ottawa. Tuesday was declared Atlético Ottawa day by Mayor Jim Watson and it held two events for fans: The Official Unveiling and a Fan event later that evening.

At the event, it was officially announced that Ottawa would be joining the CPL, as it’s 8th franchise, under the name Atlético Ottawa. Under the leadership of Atlético Madrid, it appears that this team is here to stay and here to win championships.

However, Ottawa fans have heard this many times before with all the former Ottawa soccer teams that have failed. The question is, what can Atlético do differently to ensure fans stick around and more importantly this team sticks around. To do this one needs to take a look at what went wrong with the Fury.

In the beginning, fans were very interested in the Ottawa Fury. The atmosphere at games was electric and the city was delighted that professional soccer was in the City. However, things changed very quickly. Jeff Hunt at the fan event on Tuesday said, “with the Redblacks and 67s, it is our job to put on a show, however with soccer it is the fans that put on a show”. That is where Fury went wrong. OSEG tried applying the same strategy they used for Redblacks and 67s with the Fury and that did not work. There seemed to be a large disconnect between the fans and OSEG. For one, the supporters’ section got moved 3 different times in the 6 years of existence. Each time moving further away from the rest of the crowd. Why? Well, they claimed that the vulgar chants and more adult themes weren’t fit for kids and THAT is the problem. Fury seemed to focus too much on family and kids. Whether it was their Harry Potter game day or other themes they had. It seemed that the actual beautiful game of soccer was always coming second after these themes for kids. That doesn’t attract soccer fans. Soccer fans want to come to the game to watch the game and be part of that culture and frankly, Fury games never had that feeling.

Now don’t get me wrong, family and kids should be a big focus. However, there is a way to focus on them alongside the actual point of coming to the games (The soccer). Atlético Ottawa has already started off on the right foot by moving the Supporters Section back to Section W, something that they have been asking for years. That is what Atlético will have to do, listen to fans. They need to understand what the fans want and understand that the fans know what they are talking about. Soccer fans are very passionate and this leads to very creative ideas. Atlético needs to make sure that the fans feel heard and so far they have made it seem as if that’s the main focus for them.

As for the fans, speaking personally, I saw a lot of new faces and old faces at the events on Tuesday. Although a small sample, the energy at both events was electric and I can already see the passion building. As fans, we need to make sure we keep this energy going through pre-season and throughout the whole season. We also need to make sure we understand the goals of Atlético for this season. It is clear to say that no one is expecting us to win the league and the fact that we currently have no players signed means that this might be a tough season for us. As fans, we have to keep supporting the team and shouldn’t just stop because of a bad start. Keep that passion that I saw on Tuesday going and we will be the best fanbase in the league in no time.

As a fan, if you are looking to get involved there are options out there. You can join the CPL Discord Server and you can get in touch with the Bytown Boys and Stony Monday Riot to find out about fan events happening.

We have something special going on here. Both Madrid and Ottawa have said they won the lottery with each other. Ottawa has professional soccer back and this time it’s in Canada’s top flight. Ottawa, let’s show the rest of Canada why we are not only the nation’s capital but also Canada’s soccer capital. As always, Allez Ottawa Allez! Vamos Atléti Vamos!

3 thoughts on “The Next Steps For Atlético Ottawa”