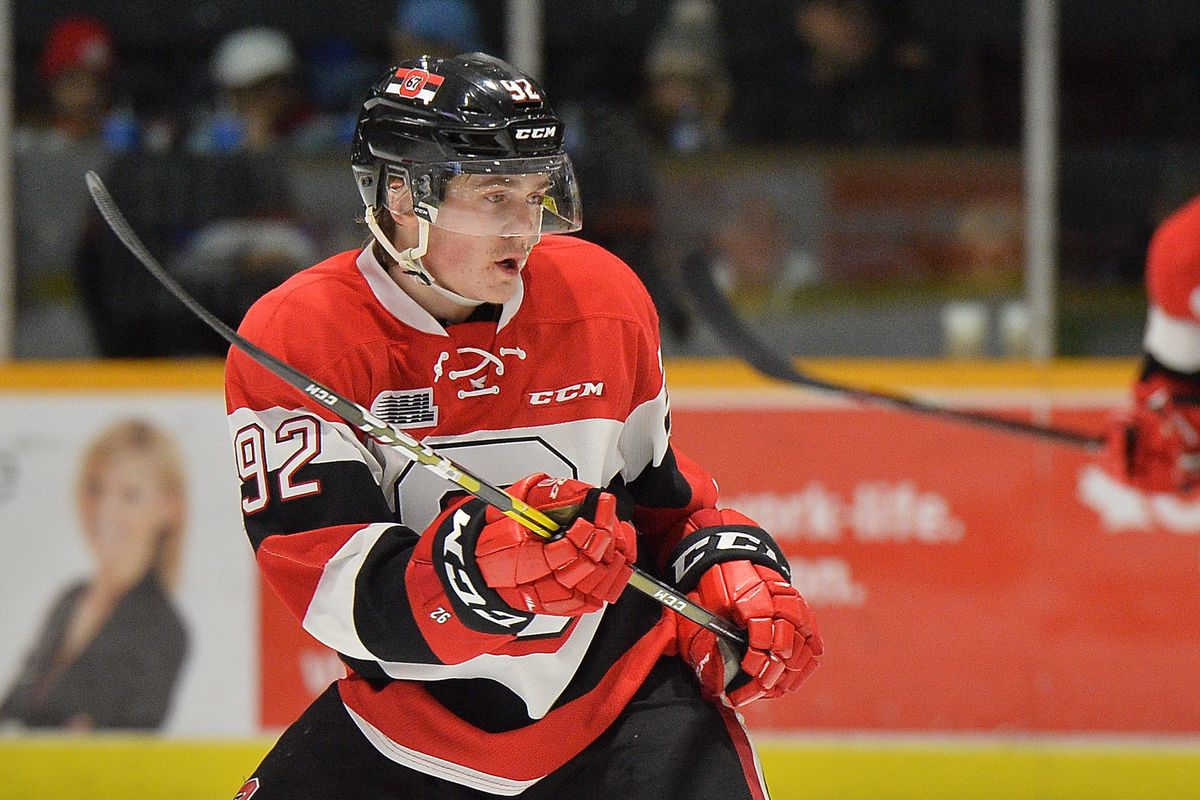 The 67’s depth is being tested very early this season after Graeme Clarke and Quinn Yule both left the game Monday with injuries head coach Andre Tourigny described as long term injuries Tuesday on TSN 1200. Ottawa will be without Graeme Clarke, Quinn Yule, and Merrick Rippon for the foreseeable future, and are also missing Nikita Okhotyuk who broke his hand.

The 67’s are already thin on forwards, and losing two of them in the same game is going to pose new questions for the team. Losing Clarke is going to be a major issue for the 67’s. Clarke has 7 goals and 2 assist this season through 9 games. He injured his shoulder celebrating his second goal of the game Monday and left the ice immediately. Coach Andre Tourigny said he will be re-evaluated soon, but he expects him to be out long term. Quinn Yule broke his finger blocking a shot in the same game. Yule has looked much better this season, and can be used in certain situations where some physicality is needed.

These injuries are going to force the hand of GM James Boyd to either call up some players from junior ‘A’, or maybe even pull the trigger on a trade. The 67’s have a very crowded blue line and could use some of those pieces in a trade for a forward. Through 2 games, Teddy Sawyer looks like an OHL ready defenceman, making others expendable. With 9 defencemen, the 67’s should be looking to make a trade. The most likely candidates to be traded in my opinion would be Hudson Wilson, Merrick Rippon, and Nikita Okhotyuk. Don’t get me wrong, these players have been great for the 67’s over the years, but you have to give to get in a trade.

There don’t seem to be any trades coming in the immediate future, but that could change very quickly. In the meantime, Brenden Sirizzotti could be seeing an increased role on the team. The problem with that is you can only play three 16 year olds in any game. This problem on increases the urgency for James Boyd to make something happen.

The thing that is obvious is someone needs to step up and become a scoring threat in the absence of Graeme Clarke. Cam Tolnai is someone the coach says could be ready to take that next step in the OHL, but they could also look to the back end for more production. Noel Hoefenmayer and Teddy Sawyer should continue to jump into the play wherever possible.

The final key for the 67’s will be between the pipes. Cedrick Andree and Will Cranley have been solid for Ottawa so far, and they will need to keep that up and steal some games for the 67’s while they recover from injuries. Andree and Cranley need to avoid terrible outings like they had Monday, allowing 7 goals combined in a game where neither of them seemed comfortable.

The next few weeks are going to be an incredible test of the 67’s character and determination. If they want to be successful during these next few weeks, they will need to come together as a team and want it more than everyone else.

As always, be sure to follow me on Twitter @FrankieVideo, and don’t be afraid to converse with me about anything you can think of!

One thought on “Ottawa 67’s In Major Injury Trouble”