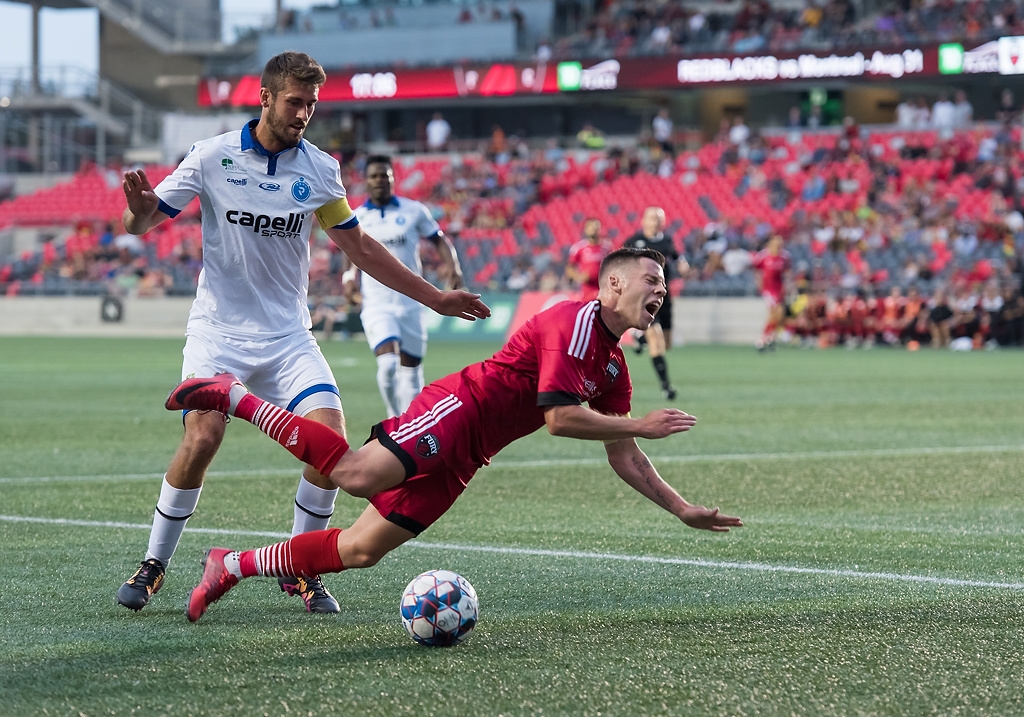 Well Fury fans, we’ve come to the point of the season where we are glued to the standings. Even though the Fury started the season very well we are now going to limp into the playoffs. Yes, it is almost certain that we will make the playoffs however, the way we are playing right now, it looks like we will be in the Play-in round.

Most of you will remember the choking disaster of last year. The Fury missed the playoffs last year by just a couple points that they dropped throughout the season. Points that they should have easily gotten. This year, because of our good start, it doesn’t look like we will miss out, but we aren’t looking too good at all. You can even compare to where we were, to where we were at less than a month ago, by checking out this article I wrote July 21.: https://613sportsblog.com/2019/07/21/ottawa-fury-best-team-in-ottawa/

“The next seven matches are against the 15th, 13th, 14th, 12th, 8th, 12th and 18th ranked teams in the conference. If the Fury are able to grab valuable points from these teams it is very possible that the Fury can be sitting in top 3 come playoff time!”

is what I said. So what ended up happening? So far we have 7 points from 6 games… all against teams who were lower than us. So why? Why does this pattern of limping towards the finish line ALWAYS happen? I’ve narrowed it to 2 major reasons.

The first major reason is the lack of depth in some areas. It seems that the same starting roster has been used for most of the games this season. This would be fine in the EPL or European leagues where games are only over the weekend, but in the USL there are many times that you have a weekday game followed by a weekend game a couple of days later. It’s during times like these where you have to be using other players so you can rest your starters. Popovic has done a good job with this for the defenders as almost all of the defenders on the roster have seen consistent playing time. However, once we come to the midfield and forwards, this is where the trouble begins. Popovic has fielded the same midfield throughout the season regardless of who they are playing. Instead of starting players like Thiago or Mutambala or even some of the kids such as Ricci when the Fury are playing against weaker teams like Swope Park or Hartford etc… he insists on playing the starters. In a 34 match season where games are coming rapidly and there is a lot of traveling involved, players are going to be exhausted. Which is why it’s important to play Subs as starters throughout the season, so the starters are allowed time to rest. When you don’t do this, teams start limping towards the finish line because the players cannot keep up the same energy of play. Since the Fury are almost guaranteed a playoff spot, maybe it is time to start throwing in some fresh legs such as Vilfort or Mutambala against teams such as Hartford or Swope Park who are coming up soon. On top of the 34 games the Fury will play, they also played 4 Canadian Championship games which all took place on weekdays. Popovic didn’t change the lineups for these games and ever since the HFX Wanderers 2nd leg, the Fury haven’t looked the same. The players are exhausted and it’s due to poor management.

The Canadian Championship brings me to my next point. The Championship should not be 2 legs. Back a couple of years ago when the only teams were Vancouver, Ottawa, TFC and Impact, it made sense to have two legs as Canada Soccer was trying to promote the beautiful game in the country. But now with the introduction of not only the CPL teams but the League 1 teams as well, it is time to take out the 2 legs and just make it 1 leg per round. The FA Cup in England only has one leg as 2 legs are reserved for Champions League. 2 legs just make the teams much more exhausted as traveling in Canada is not easy. For example, if you take a team like HFX Wanderers. They started the tournament right from round 1. If they had made it to TFC, they would have played 8 games by the end of the TFC round. These 8 games were very close together and Halifax also has to play their CPL games. If Halifax would have made it to the TFC round, including their CPL games, from the first round of the Championship to the TFC round they would have played 23 games in 98 days. That’s an average of a game every 4.2 days. Now leading back to my previous point. Canadian teams do not have the depth available to play this amount of games in such a condensed schedule. Players will be exhausted by the end of the season, especially if their coaches don’t use them properly. It is time to take out the 2 legs and just have one. This will give teams more time between Canadian Championships matches and it will also mean less traveling around the 2nd biggest country in the world. This will also allow teams the chance to rest up and focus on their Leagues.

Whether it is the USL or CPL, both leagues are tasking and need a lot of attention and energy so however, we can increase the chances of teams finishing the season strong we must do something to change it. A lot of it is on coaches and making sure they use their subs, something Popovic hasn’t done these past 2 years and the same results are showing. As for the Canadian Championship, we need to remove the 2 legs and just have one as scheduling is almost unfair for these teams with little depth to be playing in.