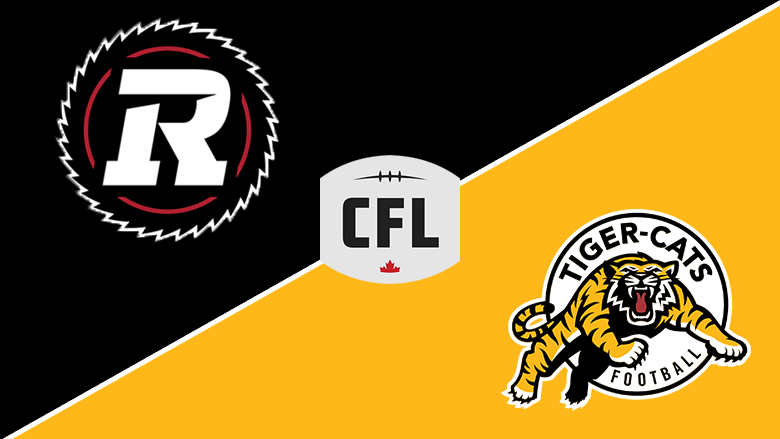 COACHES: Rick Campbell is in his sixth season at the REDBLACKS’ helm. Entering Saturday’s game Campbell has an overall record of 44-52-2, including an 8-5 mark against Hamilton. Orlondo Steinauer is in his first season as the head coach of the Tiger-Cats, posting a record of 6-2 thus far. This is his first game against the REDBLACKS.

Saturday’s Week 10 game between Hamilton and Ottawa features a pair of quarterbacks that are facing the opposition for the first time in their careers. The REDBLACKS’ Dominique Davis makes his ninth career start while Hamilton’s Dane Evans is starting his fourth game behind center.

LAST WEEK: Ottawa held a 12-10 halftime lead and moved the ball to the tune of 273 yards against the vaunted Eskimo defense, but struggled to find any offence in the second half in a 16-12 loss at Edmonton. Davis connected on 22-of-35 pass attempts for 289 yards, with a 67-yard touchdown to Dominique Rhymes, but was intercepted twice. John Crockett had the best performance of his brief CFL career, finishing with 89 yards on 13 carries. Rhymes caught four passes for 118 yards.

Hamilton defeated the BC Lions 35-34 in an instant classic last week, coming back from 15 down and a 12-point deficit with 3:19 remaining. Evans threw for a pair of touchdowns and 276 yards on 24-of-34 passing to register his first career win. Brandon Banks hauled in nine passes for 137 yards and two scores.

CHANGES ON OFFENCE: The REDBLACKS’ attack will feature some new parts when the team takes the field Saturday. John Crockett is out and will be replaced in the backfield by Mossis Madu, seeing his first action since Week 5 against Montreal. Nate Behar cracks the starting lineup following the release of Julian Feoli-Gudino, while R.J. Harris and Caleb Holley take the place of the injured DeVonte Dedmon and Rafael Araujo-Lopes.

BEAT THE STREAK: Ottawa has lost three straight at TD Place and are trying to avoid a four-game home skid since their debut season, when they dropped five in a row.

TURNOVERS: The REDBLACKS have allowed 46 points following turnovers in their last seven games, including nine interceptions. For the season, Ottawa has turned the ball over 23 times leading to 68 points for the opposition. Both numbers are second-highest in the league.