Is It Time to Push the Panic Button on the REDBLACKS? 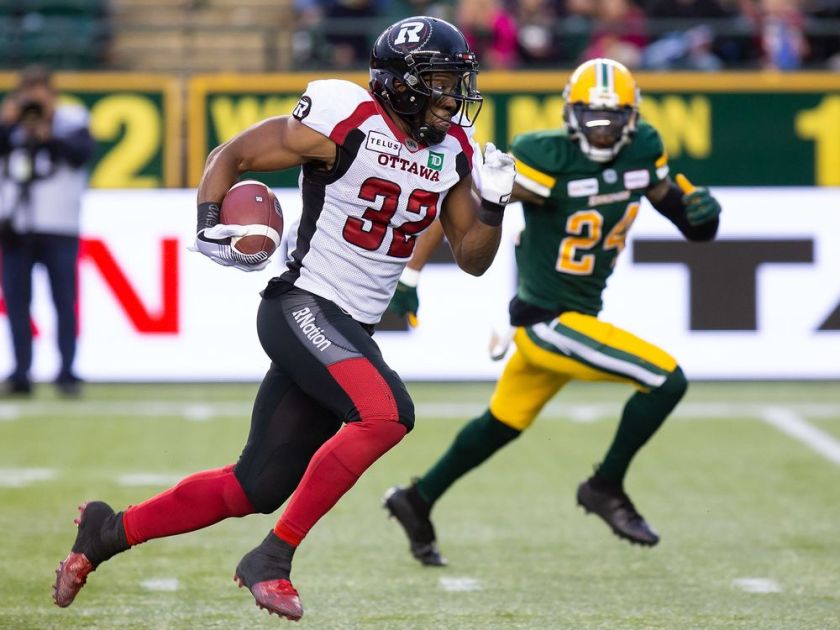 As the REDBLACKS arrive back home in Ottawa after a heart braking loss against Trevor Harris and the Eskimos, many members of #RNation have begun to push the panic button. The comments range from “The QB sucks”, “The coach costed us another game”, and “Fire whoever is calling the offensive plays”, but are these comments and fan base wide panic really warranted?

Most knew coming into the season it was likely going to be a rebuilding season, despite management saying it was just going to be a “retool”, however, many of us were surprised to see just how bad the bad nights would be, and those nights may have clouded our view of what exactly we have in this REDBLACKS football team. What is important for the REDBLACKS this season is progression. We need to see improvement from game to game, from practice to practice, and to this point in my opinion, we have seen that.

Two things is for sure with the current QB situation on the REDBLACKS, and those are that Dominique Davis is the best QB currently on the REDBLACKS roster, and the second one is he hasn’t been good enough to this point. Thankfully, for both Davis and the REDBLACKS, he has shown progression and has flashed his potential late in games against Montreal and Calgary, the first half in the game against the Eskimos and the entire game against Saskatchewan. Clearly, Dom hasn’t been able to string but 1 whole game together so far, but once again, we need to see improvement from week to week. It is also worth remembering when comparing Davis to other QBs around the CFL what he is working with. Davis routinely is faced with drops, or even worse, this:

It is not fair to place the blame of every loss or every bad moment on the shoulders of Dominique Davis. For me personally, I would like to see a change at receiver. I personally don’t like to ask for players to be cut as they are people above all else, but Julian Feoli-Gudino needs to watch the next game from the bench. In 2 consecutive weeks he has had a pass hit him in the hands and didn’t catch it, both of those passes were intercepted. As I stated in my article last week, if the ball hits you in the hands it needs to be caught, especially when playing professional football. It’s good to see plays coming from newcomer Rafael Araujo-Lopes and Dominique Rhymes, but Davis still needs to be able to locate and hit Brad Sinopoli, especially in clutch situations like the last 3 plays in Edmonton. In terms of Davis, it is not yet time to hit the panic button, but only time will tell if he can develop into a legit starting QB in the CFL, or if the REDBLACKS will be on the hunt for a new QB in the near future.

How About the Receivers?

As I said earlier, some of the receivers haven’t been up to snuff this season, and others, such as Dominique Rhymes and Rafael Araujo-Lopes in his one game, have been rather good and look like they could cement themselves as a key to the future. Unfortunately Dedmon was injured in the game against Edmonton Friday night and left on crutches. Instering Dedmon could be lethal and open up Brad Sinopoli and John Crockett for bigger gains, but Rick Campbell must decide what direction he wants to go. Nate Behar is also a Canadian available to come in for a struggling receiver, and young enough to allow for further development.

Despite occasional struggles, the defence and special teams of the REDBLACKS has been solid for the most part. Lewis Ward has hit 69 consecutive field goals (the previous pro football record set by Adam Vinatieri was 44 in a row), Ritchie Leone didn’t have a great game this week, but he is still one of the best punters in the CFL. Devante Dedmon looks like a beast on the kick returns and RJ Harris can help out when he finally gets back from injury. The defence has been on the field far too long this season, but has managed to keep the team in the game long enough to allow the offence time to figure it out, and even escape with wins multiple times. Ottawa’s main problems lie on the offensive side of the football, and no one is going to debate that, but that doesn’t mean we can’t be excited for the future with a great foundation on both defence and special teams, and if the offence could be middle of the pack in the CFL, the REDBLACKS could be a dangerous team, and possibly be Grey Cup contenders in the future.

When Should We Hit the Panic Button?

In short, not yet. The season has not gone the way anyone has wanted, but blowing the team up does nothing to benefit the future. Both management and the fan base need to recognize that the REDBLACKS won’t be competing for a Grey Cup this season, and in order to rebuild, you must build. There is nothing that can be built instantly. You must first lay the foundation, then you can build. If there is one way to look at this season, it is the foundation for the future of the team.