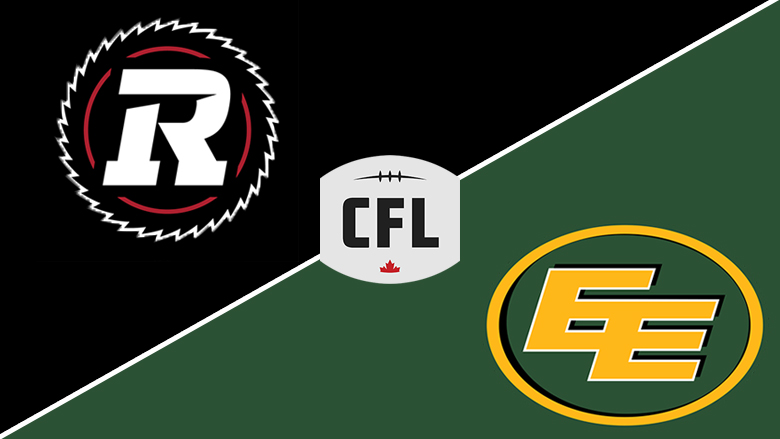 SERIES HISTORY: For the 71st time since 1961, Ottawa and Edmonton meet on the gridiron. The Eskimos hold a 44-24-2 overall series advantage, and are 28-8 against the Ottawa franchise at home. The teams split their two matchups in 2018, with the REDBLACKS winning 28-15 in Ottawa on September 22, and Edmonton winning a 34-16 home decision on October 13.

COACHES: Rick Campbell is in his sixth season at the REDBLACKS’ helm. Entering Friday’s game Campbell has an overall record of 44-51-2, including a 3-7 mark against Edmonton. Jason Maas is in his fourth season as the head coach of the Eskimos, posting a record of 35-26. He is 3-3 against the REDBLACKS.

OTTAWA ON OFFENCE: The REDBLACKS offence averages 310.6 yards per game (217.6 yards passing and 93 yards rushing). Dominique Davis has thrown for 1296 yards this season, ranking eighth among CFL quarterbacks. He has completed 123 of 190 passes (64.7%), throwing four touchdowns against seven interceptions for an efficiency rating of 71.7, which is 11th among 11 quarterbacks who have attempted a minimum of 50 passes. John Crockett currently ranks sixth in the CFL with 305 rushing yards, averaging 5.4 yards per carry. Mossis Madu, who has missed the last three games due to injury, is eighth among CFL rushers with 227 yards on 55 carries. Dominique Rhymes is 16th in receiving yards (335) and 18th in receptions (27). Brad Sinopoli is tops on the REDBLACKS with 29 receptions and 45 targets.

EDMONTON ON OFFENCE: A familiar face to REDBLACKS fans, Trevor Harris joined the Eskimos via free agency following the 2018 season. Harris leads the CFL in completions (199), attempts (280), yards (2304), and has a TD:INT ratio of 10:2. Edmonton averages 424.9 yards per game (329.1 passing, 95.7 rushing). CJ Gable continues to be one of the league’s top running backs, as his 475 rushing yards are currently fourth-best. Gable sat out the Eskimos’ 26-0 week 7 win against Toronto, but came back to gain 27 yards on eight carries in last week’s 24-18 loss at Calgary. Ricky Collins has been one of Harris’ favorite receivers in 2019, catching 35 of 56 targets for a league-best 615 yards, 286 of which have come after the catch. Another former REDBLACK, Greg Ellingson, missed the Calgary game, but still has 34 receptions covering 457 yards. Before being traded to Saskatchewan on Monday, Kenny Stafford brought in 30 catches for 366 yards as part of the potent Eskimo passing game. Tevaun Smith and Kevin Elliott were both targeted a team-high 10 times against the Stamps.

OTTAWA ON DEFENCE: The REDBLACKS held Montreal to 301 yards in last week’s victory, ending a streak of four straight games allowing 400+ yards. That spell has seen them fall to eighth of nine in both passing yards (302.1) and rushing yards (120.1) allowed per game. Avery Williams ranks second in the league with 46 total tackles, with two fumble recoveries, a forced fumble, and a sack to his credit. Corey Tindal is just inside the top 10 list for total tackles, coming into Friday’s game with 33. The REDBLACKS have just three interceptions through the first seven games.

EDMONTON ON DEFENCE: The Eskimos sport the stingiest pass defense in the league, giving up just 179.4 yards per contest, and have the second-best rush defense with 79.9 yards per game. It’s no surprise they have racked up 26 quarterback sacks in 2019, with Mike Moore (6), Kwaku Boateng (4), and Almondo Sewell (4) all residing in the top 10. Tyquwan Glass leads the secondary with two interceptions while adding four special teams tackles. Larry Dean (33) and Vontae Diggs (31) both have surpassed the 30-tackle mark thus far. Diggs is tied with three others for the league lead in fumble recoveries (2).

OTTAWA ON SPECIAL TEAMS: Mr. “Otta-matic” Lewis Ward has made his last 67 regular-season field goal tries while Richie Leone boasts the CFL’s top punting average at 50.8 yards per punt and leads the league with five singles. DeVonte Dedmon has put the rest of the CFL’s returners on notice, with a pair of briliant kick return touchdowns against Montreal. Dedmon’s 17.0 yards per punt return and 34.2 yards per kickoff return (both minimum 10 returns) lead the league, as do his 95-yard punt return and 111-yard kickoff return.

EDMONTON ON SPECIAL TEAMS: Sean Whyte has 81 points through seven games, hitting on 22-of-26 field goal attempts and 14-of-15 converts with one single. Hugh O’Neill averages 46.3 yards per punt, third among punters with 20 more punts. However, O’Neill will miss Friday’s contest so Whyte will pull double duty. Martese Jackson, injured in the Calgary game, has a 10.1 yards per punt return average and an 18.2 yards per kickoff return average. Christion Jones came over from Saskatchewan in the Kenny Stafford deal, and will immediately assume the Esks’ return duties.

OTTAWA KEYS TO VICTORY: The less yards allowed by the REDBLACKS defence the better. That being said, the Ottawa offence needs to sustain drives with a dual focus–taking time off the clock and churning out yardage. John Crockett has had four solid games in the backfield, but runs straight up the middle against a solid Eskimo defensive line aren’t going to yield much without a push from Ottawa’s bigs up front. Dominique Davis has the tools to be the main man for the REDBLACKS, and this is the game to prove it. While he has never been a big-play, downfield type receiver, Brad Sinopoli is one of the best possession receivers in the league, and needs to be involved more in the offense.

EDMONTON KEYS TO VICTORY: Plain and simple–Trevor Harris needs to do Trevor Harris things. Harris is the only CFL passer with a career completion rate above 70 percent (70.4%), and he should thrive against the league’s second-worst pass defence. Plus, the cadre of receivers he possesses are capable of creating a large gain at any time. The threat of CJ Gable in the backfield creates another conundrum for the defense, but Harris has shown in the past that when he is clicking with his receivers, he doesn’t have to rely on the running game.

One thought on “Week 9 Preview: REDBLACKS at Eskimos”