What Can The REDBLACKS Do To Improve Offensively? 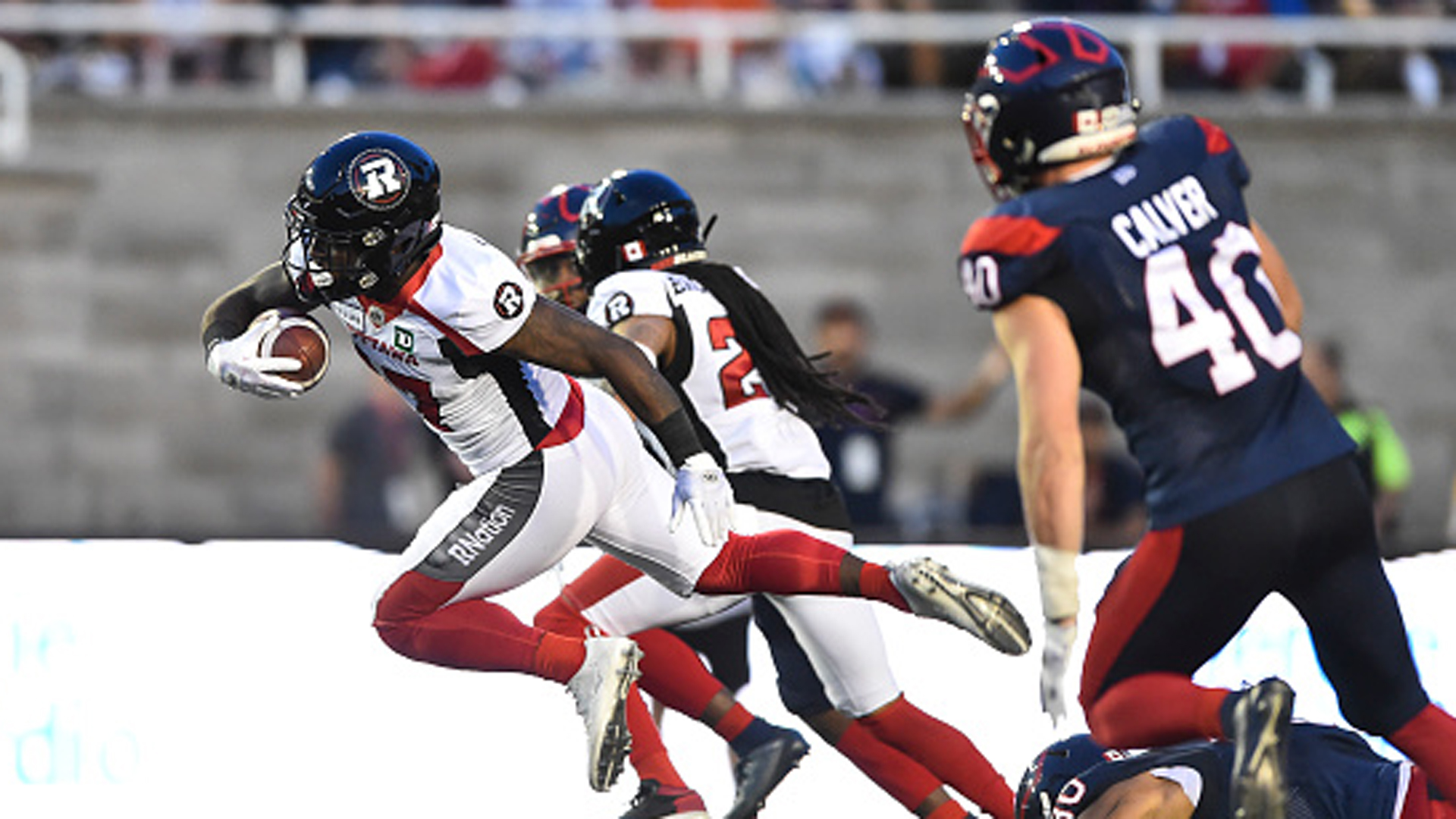 The REDBLACKS are coming off a win that can be described in many ways, but perfect is certainly not one of them. The REDBLACKS managed a 30-27 overtime victory against the Alouettes where the offence looked anemic for most of the game once again. Turning things around on the offensive side of the ball will be key for the REDBLACKS going forward. The division is up for grabs with the Tiger-Cats losing Masoli, and the Als have yet to prove they can be a real force for an entire season since Anthony Calvillo retired, but the REDBLACKS have some work to do if they have any plans of locking up the division crown for a second consecutive season.

Some fans might not like to hear this, but Dominique Davis is the best option at this point in time for the REDBLACKS at the QB position. The stats are NOT pretty for Davis so far this season, especially his touchdown to interception ratio (4 touchdowns 9 interceptions), but he also has 5 rushing touchdowns. Davis is still young in terms of his starts, and has shown glimpses of his potential so far this season. Despite bad outings, Dom has led the team to comeback wins against Calgary to open the season and the Alouettes last week, he also played fantastic in the week 2 game against Saskatchewan. Allowing Davis to make mistakes as he develops is going to be crucial to the REDBLACKS if they have any expectation that Dominique Davis is going to be the answer long term, and honestly, Jennings didn’t do any better in his limited time as the starter. Pulling the plug on Davis could mean turning to the unknown commodity of William Arndt, the first year QB. Dominique Davis needs to be the guy, and it seems Rick Campbell agrees as he continues to allow him to make mistakes, and Davis has rewarded him with a record of 3-2 when he starts.

OC: Who is calling the plays?

The OC by committee has not worked so far this season, and not naming an OC is infuriating fans. Winston October and Joe Poapoa are currently sharing the duties of play calling, and it is time for that to change. The safe option is to name October the OC right now and allow him to call all of the plays without interference for Poapoa. Once again though, fans might not like this option and may see it as a cheap hire and would rather go with this second option…

Recognize that guy? Of course you do! That’s Grey Cup champion Henry Burris. I recognize that this is highly unlikely and that I am pouring gasoline on a forest fire with this one, but Henry knows offence inside and out. If the REDBLACKS some how lured Hank out of the comfort of the TSN studios and got him back onto the sidelines at TD Place, the fan base would be happy as ever. But many great players can’t hack it as good coaches. Great hockey players like Wayne Gretzky and Patrick Roy could make it as coaches in the NHL, what makes us so certain Burris would be a great OC? Never the less, these are both solid options, and one of them needs to happen as soon as possible.

Too many times this season receivers have dropped passes that should have been catches. If the ball hits you in the hands, you need to catch it, that’s the bottom line. People can say the trow is a little behind or a little high, but Trevor Harris did the same thing last season, the only difference being he had receivers who could bail him out. Last week Davis had a ball picked off after it hit Julian Feoli-Gudino right in the hands. We can’t continue to only blame the QB for the downfalls of the offence, nor can we blame just Julian. Other receivers including Brad Sinopoli have made mistakes and haven’t always looked sharp this season. But catching the ball and not fumbling the ball needs to be made priority number 1 for the receivers and the backs.

Dedmon returned a punt and a kickoff for a touchdown in the win against the Als and racked up 382 yards on all of his return (including one missed field goal return of 6 yards). Dedmon was more than impressive on the night, and many are wondering why he isn’t playing with the offence. Dedmon has something the REDBLACKS are missing, speed, and lots of it. Allowing Dedmon to run some go routes or a deep post could open up the defence and make room for other plays, or it could allow Davis to show off his arm as you would be hard pressed to find someone who could cover Dedmon deep down field. Seeing him on the field will make any defence think twice before sending an all out blitz or leaving little secondary help.

Luckily for the REDBLACKS, there is plenty of time left in the season to turn things around, and the division is still within reach. It is going to take major improvement from the offence to have Grey Cup aspirations and thankfully due to some good play by the defence, the leagues best kicker, and the leagues best punter, the REDBLACKS are 3-4 and only 4 points back of the Hamilton Tiger-Cats for first in the east.

One thought on “What Can The REDBLACKS Do To Improve Offensively?”