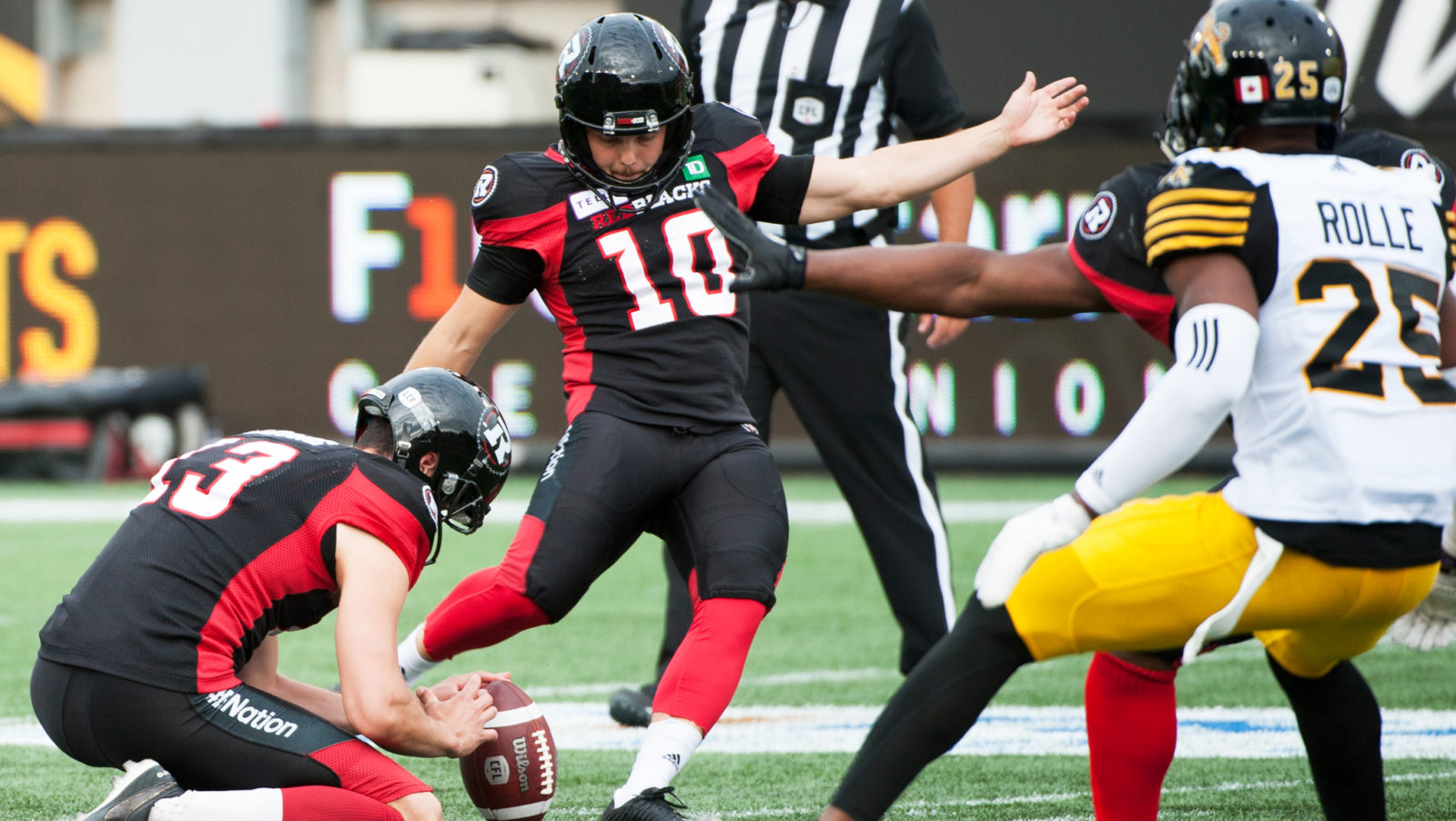 Playing a position where one is only as good as his last attempt, the Ottawa REDBLACKS’ Lewis Ward continues be a model of consistency.

In his debut against Saskatchewan, Ward was good on three of four attempts, missing his final try. The streak began seven days later in a week three 24-14 loss at Calgary. For his career, Ward has hit on 70 of 71 field goals for a success rate of 98.6%. To put that number in perspective, only three CFL kickers in addition to Ward made =>90% of their field goal attempts in the 2018 season (minimum 40 attempts).

Ward’s original career long of 52 yards was his 45th straight made field goal, breaking the professional football record of 44 held by Adam Vinatieri. The previous CFL record of 39 was held by Rene Paredes. Ward has since hit on two 53-yard field goals so far in 2019.

In 24 games during the streak, Ward has made two or more field goals 20 times. His record in a game is seven (twice), and also has games of five and six to his credit. Only once (July 19, 2019 at Winnipeg) has Ward failed to attempt a field goal.