What Will It Take For the REDBLACKS To Get a Win In Montréal? 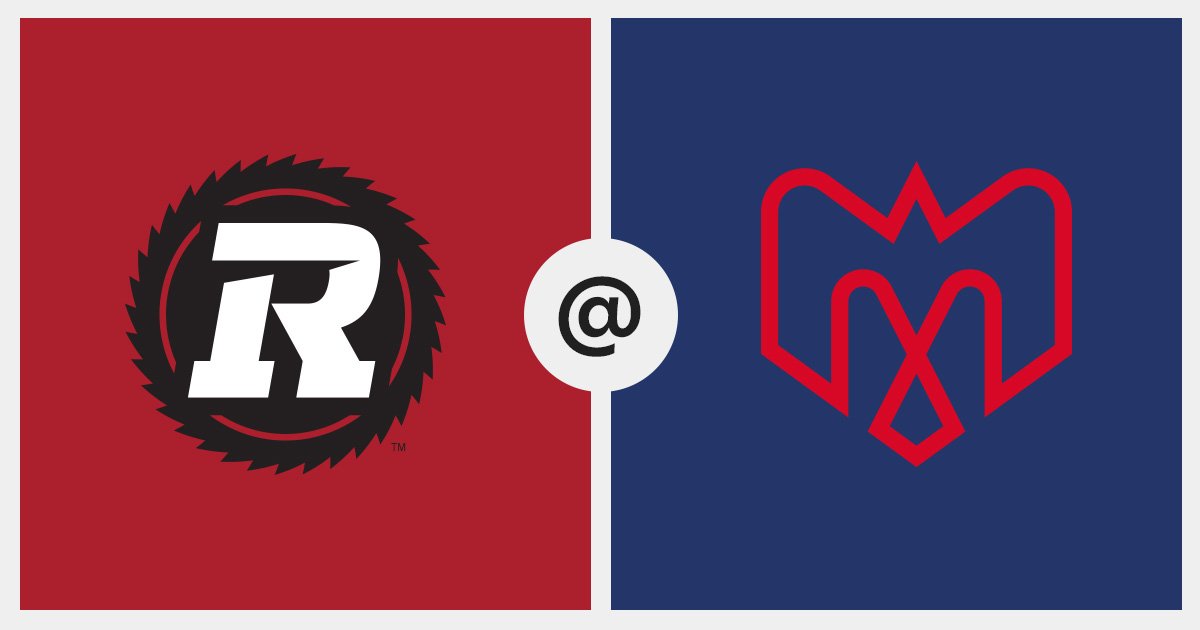 After coming out of the gates hot with wins against Calgary and Saskatchewan, the REDBLACKS have been on the skids as of late with losses against the likes of Winnipeg (twice), Montréal, and the Calgary Stampeders sans Bo Levi Mitchell. Ottawa’s week 8 match up takes them to Montréal in a game that could have serious playoff implications.

The last time these two teams met was a rare afternoon game at TD Place where the REDBLACKS failed to do much of anything on the offensive side of the football scoring only 19 points on the day, and couldn’t contain Vernon Adams Jr, as the Alouettes exploded for 36 points and improved to 2-2 on the season. The Als have quickly turned things around after an 0-2 start, and after the injury dealt to Tiger-Cats QB Jeremiah Masoli, it is possible the Alouettes could win the east.

Keys To a REDBLACKS Victory

REDBLACKS GM Marcel Desjardins was met with criticism and questions when he decided to move on from Trevor Harris and move forward with the more mobile Dominique Davis, and so far, the move has look foolish for the lack of a better word. Dom has sat on the bench the past 2 games due to injury, however he is hopeful for return this week. The last time these two teams met, Davis went 23/37 for 268 yards, 1 interception and he tacked on 2 rushing touchdowns. The key for Davis this week is going to be limiting his mistakes, using his legs, and finding Brad Sinopoli whenever possible, we saw last week how that changed the game for Jonathan Jennings.

The last time these two teams met, Vernon Adams Jr. threw for 327 yards, and rushed for another 41. In all of this, he managed 4 TDs on the day (2 passing and 2 rushing). How exactly do the REDBLACKS stop the young QB? That’s a question beyond my pay grade. That’s something for the coaches to figure out, but shutting down VA could open up some holes for other members of the Alouettes.

William Stanback, the powerful back for the Als rushed for 100 yards on 18 carries the last time he played Ottawa. It won’t be possible to shut down Stanback, but it will be critical to limit his production and force Vernon Adams Jr. to throw the ball. Once again, I’m glad i don’t have to put a game plan to stop one of the best backs in the CFL, and it will be interesting how Noel Thorpe plan on slowing down William Stanback.

Sinopoli. What more needs to be said about the Canadian pass catcher? He needs to be used more frequently, and hopefully he can see that TD total on the year grow beyond the measly 1 he has right now, but in order to have that happen, he need the ball!

Last but not least, the fan support for the REDBLACKS when the visit Montréal has always been fantastic! The players always seem to appreciate the traveling fans. Hopefully, #RNation shows up again and gives the team some motivation for a W!

2 thoughts on “What Will It Take For the REDBLACKS To Get a Win In Montréal?”