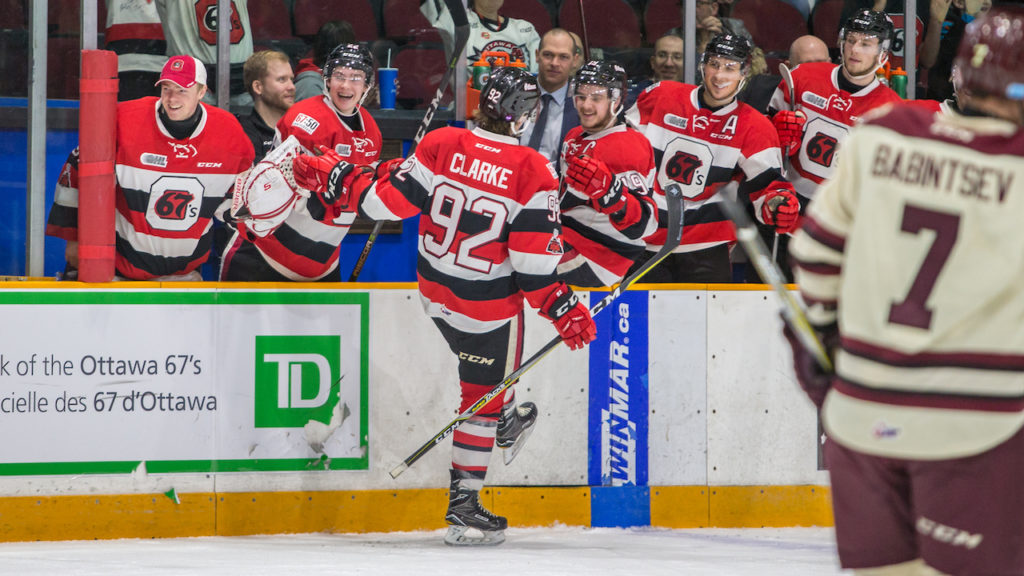 The 2019 NHL Entry Draft is rapidly approaching. The draft will begin with the first round taking place Friday night. With that in mind, we will be dropping multiple articles this week focusing on the draft and prospects to watch for. This article will be focusing on prospects from the Ottawa 67’s to keep an eye on in this year’s draft. The focus of this article is on 3 players from your OHL finalist (still stings) Ottawa 67’s. All research and analysis for this article was done by @braedendaley12 who you can follow at that username on Instagram.

Suffered from playing on a good team. Didn’t play big minutes or on the PP1 like other top prospects. Has  the potential to be a steal. He played very well in the CHL prospects game and in the Hlinka Gretzky Cup. Has some sweet hands and a good shot. Has good vision on the ice and isn’t irresponsible in his own end. Also Ottawa born which is always added incentive to root for a player.  He also did this:

People are very torn on how good this guy is. He could be a good bottom pairing puck mover at the next level. He has the necessary tools as he is strong on the puck and is hard to knock off of it. However, he isn’t very good defensively. Again, he does have the tools to be solid and he showed immense improvement as his role increased throughout the season and playoffs. Is fine at protecting the net front when need be, but is straight up bad at defending zone entries. Likes hitting and hits well when he does. Seems similar to a Chris Wideman, but with more physicality to his game.

Like Clarke, also Ottawa born. From the 67’s website “The solid, versatile defenseman is a very good skater who gets to top speed quickly. Rippon has shown his two-way game throughout the entire season and proved his ability to play under pressure. With a mixture of both offensive and defensive skills.” Good in his own end and is not a defensive liability. Pride himself on hitting hard and plays a physical style. Also has an offensive game that has potential for growth which he can build upon. Wouldn’t be a bad project player for most teams picking in the late rounds to let develop and groom. Overall low skill ceiling but has a chance to be a serviceable defensemen in the NHL who is solid in his own zone and brings physicality to any lineup.