Fury: Building the squad for next season 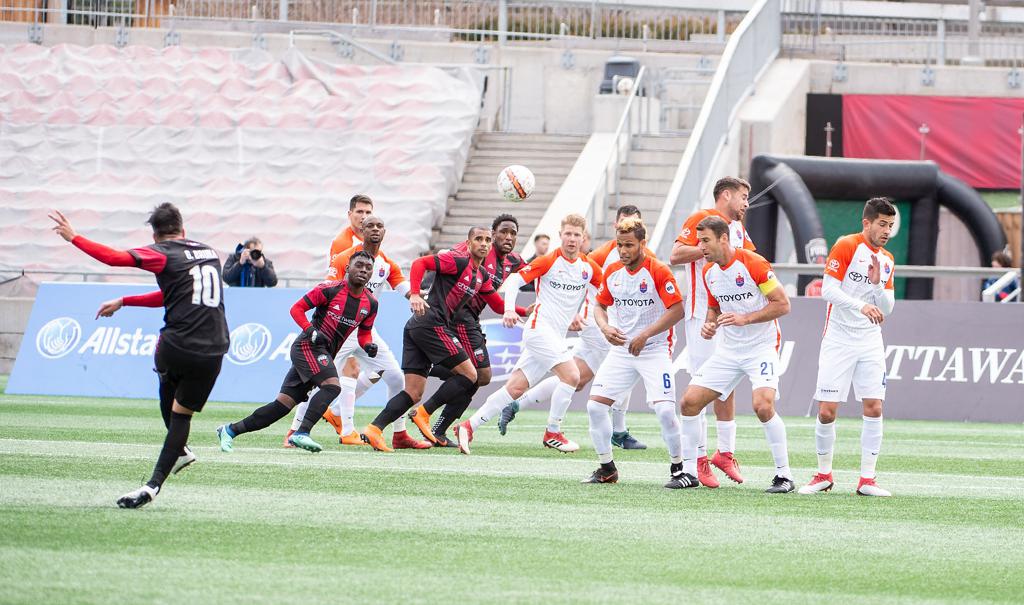 Two months before the first game in Charleston.  Weeks before training camp.  And only 10 players under contract for next season at this time.  Nine of them are returning players, and the only addition is Christiano François, a right-winger who played for Pittsburgh last year.  Let’s not be stressed about the current squad size, as most USL Championship Eastern Conference team currently have between 9 to 12 players under contract.  Hopefully, signings will pick-up over the next two weeks, filling the team’s offensive and goaltending gaps.  However, the Fury will navigate difficult seas this winter for transfers and signings.

A different environment for signings…

The recent CONCACAF sanctioning saga likely created a ‘signing insecurity’ for potential players.  While the Fury’s future is set in the USL for 2019, it is not clear what will happen in 2020, and the team may move to the Canadian Premier League (CanPL).

The official transfer window just opened, which has increased the number of signing in the USL.  The Fury desires to remain true to ‘The Project’ of signing as many Canadian players as they can.  However, the CanPL’s inaugural season reportedly created a competitive environment for those signings.

In addition to this year’s squad requirements, the factors above may have an impact on the club’s ability to sign players to contracts longer than one year.  According to transfermarkt.com, the current players’ contracts all expire in November 2019.  François’ contract, sold by Pittsburgh to the Fury, appears to be his contract option, making it possible that it only goes to the end of 2019 as well.

The club could expect to gain some players on loan from the Montreal Impact.  The information available suggests that Thomas Meilleur-Giguère, an asset in central defence last year, will be loaned to the Fury.  Fury watchers need to pay attention to the Impact’s actions on the transfer market as it may influence what will happen with the Fury.  We also have to remember that the Impact’s objective is to ensure that loaned players are provided the playing time to develop.

Recent reports suggest that Toronto FC may also be seeking an affiliation with the Fury. Although the ramifications on the agreement with the Impact are unclear for now, it may provide some additional opportunities for the Fury.

It was also previously reported that Julian de Guzman and Nikola Popovic’s close relationship with the new Vancouver Whitecaps’ manager and ex-Fury coach Marc Dos Santos could be exploited this year. (Popovic was Dos Santos’ assistant coach with the Swope Park Rangers, and Dos Santos signed de Guzman with the Fury.)

Ideally, the Fury could get loans from all three Canadian MLS sides, providing aspects of a squad-building solution for the upcoming season.  In this environment, it is entirely possible that de Guzman will aim to complete the roster by relying on loans from the Impact, TFC and the Whitecaps.  This approach could be a scheme to ensure a competitive Fury in the USL this year, although it could create issues for next year, whether the club remains sanctioned in the USL, or joins the CanPL.  Either way, what is important here is that the upcoming Fury signings will give us some indications as to the Fury’s intent for 2020.

What the Fury needs to win this season…

Returning players include David Monsalve, Carl Haworth, Maxim Tissot, Jamar Dixon, Jérémy Gagnon-Laparé, Chris Manella, Onua Obasi, and Kevin Oliveira. We also know that the club is in talks with local player and fan favourite Eddie Edward, which we all hope will be back next year to act as left back or patrol our left midfield. Those players, will not only form the core of the squad, they will also form the heart of our midfield and defence, hopefully with Edward and Meilleur-Giguère.

As such, most upcoming signings at those positions will provide Popovic with some depth and in-game options from the bench. The real upcoming signing priorities need to clearly aim at reinforcing the offence, and provide options between the poles.

It is no secret that the Fury needs to increase its offensive punch.  The inability to convert is clearly what cost the team a playoff spot last year.  Signing François is a step forward, but he only scored 4 goals last year, which is on par with Tony Taylor and Steevan Dos Santos’ 5 goals each last season.  Christiano is fast and promises to be exciting, but his true role is to feed a striker with crosses and decisive passes. This is definitely an improvement over Taylor, and in fact, over everybody from the Fury’s 2018 edition.  The club still needs to add that player that can score, ideally in excess of 10-15 goals, if it wants to be a competitive team in an Eastern Conference that promises to be as competitive as last year.

Between the poles, there is no doubt that Maxime Crépeau, USL keeper of the year, was key to the team’s small successes, and replacing him one for one will be impossible.  David Monsalve is experienced, loyal, and very involved with the Fury FIT program. He deserves his chance, but let’s be frank.  He is 30, has played only once last year against a weaker TFC II, and he will not be a new Crépeau.  The Fury needs options in case it doesn’t work and to provide depth options.  Loans from the Impact are an option limited to young keepers (James Pantemis or Jason Beaulieu) that did not play with the first team last year.  In the end, we expect to see an experienced keeper joining Monsalve, with whom he will share games, and maybe a youngster on loan as third keeper.

We all remember Nikola Popovic’S comments at the end of the season.  He rightly said that the team’s pre-season was a disaster, that it took seven games to register a win, that he didn’t choose the roster and played the players he inherited, and that he wanted to turn things around by attempting to get the players he wants.

The onus is now clearly on Popovic and de Guzman.  They need to prove they can bring winning back to Ottawa, and they need to do so in difficult circumstances.  This will start with the right signings, transfers and loans.  It also needs to occur sooner rather than later if the side desires to avoid a repeat of the so-called pre-season disaster, in order to register early wins in the season.  This club cannot only work on post-season excuses.

For those interested in following the winter transfer market, and the USL signings for the upcoming season, the USL Transfer Tracker is a great ressource, while the Internet site of reference for everything transfer related in all leagues is the German website Transfer Markt.

Fury Watchers! In the upcoming months, I will write on the team, often focusing on stats and advanced stats. I will also likely provide post-game bullet points from my notebook.  For this first article, find my opinion on the signing and transfer environment, and the Fury’s needs for the upcoming season. Feel free to write back with any comments or questions, en français or in English

2 thoughts on “Fury: Building the squad for next season”