Who Is Max Lajoie? 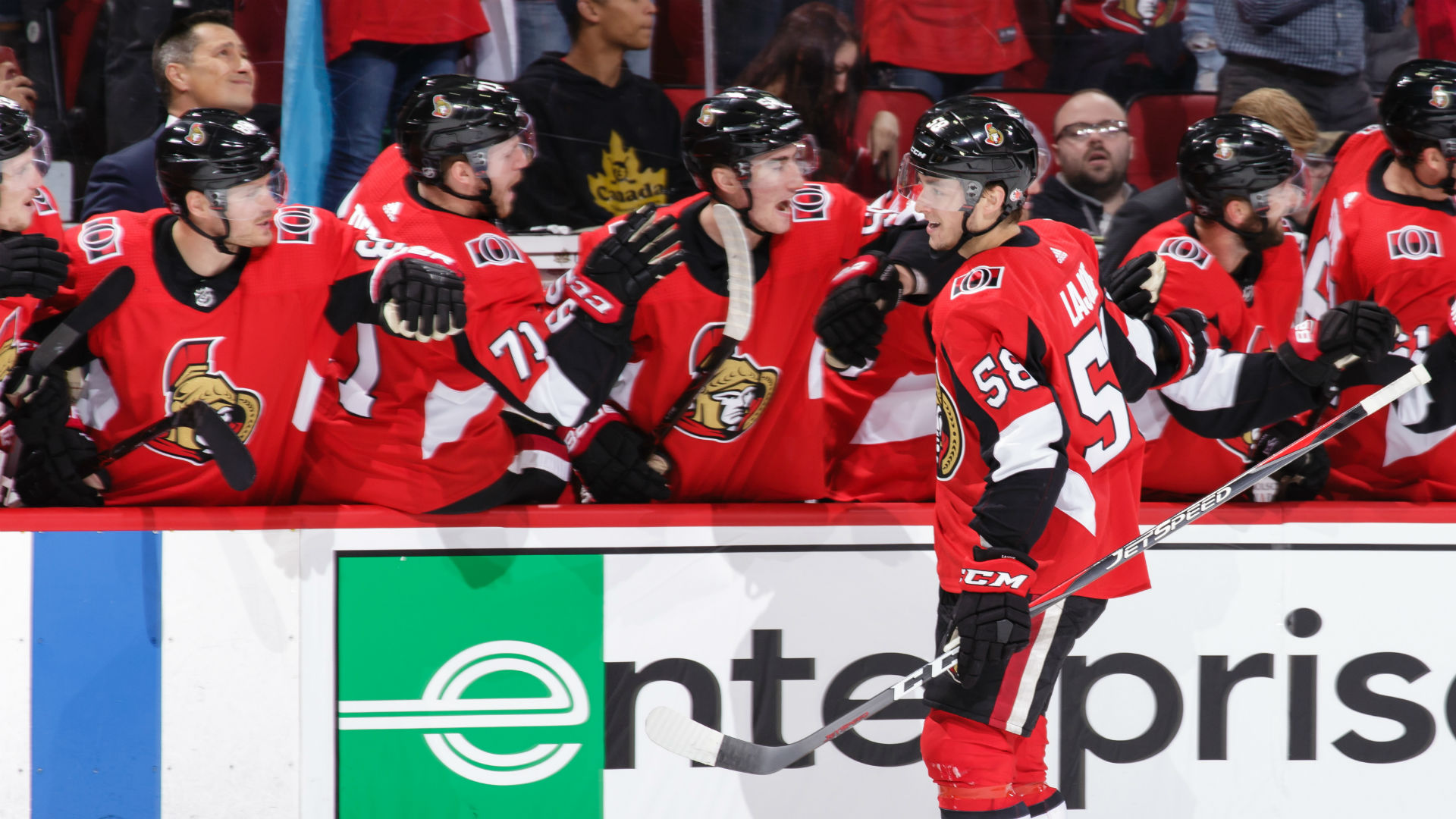 The 2018-19 Senators’ season is a still a very young one, but it has already been full of surprises. Coming into the season there was a very dark cloud hanging over the team, and that was obviously the drama with Erik Karlsson. Following this most people expected the on ice product to be a complete disaster this season. While it’s still #MelnykOut, I can’t lie, I have been extremely impressed with the play of the team so far. One of the more pleasant surprises has been the play of (most of) the blue-line. While Demelo has been much better than expected, and of course Chabot has been incredible, the most surprising player on defense is without a doubt, rookie Max Lajoie. For the more casual fan Max Lajoie seemingly came out of nowhere and doesn’t appear to be leaving the starting lineup anytime soon. So just where exactly did this rookie phenom come from?

Lajoie was born in Quebec City, however he moved to Calgary by the age of seven. Lajoie would go on to play hockey in Calgary and was good enough to be selected 95th overall by the Swift Current Broncos in the 2012 WHL draft. This would go on to be the first of two times Max Lajoie would be a steal in a draft. In his 2nd season after being drafted to the WHL, Max would secure a roster spot with the team and never looked back. Max would go on to put up 7 goals and 41 points in his rookie season.

Coming into his draft year Max looked like an intriguing NHL prospect and was pegged by many clubs to be selected somewhere in the third round. Max was touted as a creative member of any power-play with a deceptively accurate shot, as well as someone with a very high hockey IQ who constantly makes the right pass or play (Curtis Joe, EP 2016). Unfortunately, during his draft year Lajoie, like many other athletes his age, contracted mono. As is common with this disease, it derailed Max’s season. There were still people projecting Max to possibly be selected in the third round, and members of the Sens’ staff were among them. However, whether it was a lack of film due to missed games or other unknown circumstances, Lajoie fell right into the lap of the Sens in the 5th round and they were ecstatic to select him at 133rd overall. Max’s coach in Swift Current was none other than former Ottawa Senator Mark Lamb who described the selection as a steal as he said that Max was the team’s #1 penalty killer, #1 shutdown defenceman and assistant captain.

Following his draft year Max would return to Swift Current for one more season in which he would set a career high in points with 42. The following season Max would turn pro and he had his ups and downs to say the least. On an absolutely awful Belleville team Max found himself getting very few minutes and even sometimes a healthy scratch. Max would go on to finish the year, as I’m sure everyone has heard by now, with only 1 goal in 56 games and a total of 15 points. These numbers definitely didn’t inspire much confidence in many and even though the numbers weren’t an exact representation of his play, resulted in Max being overshadowed by other defensive prospects such as Thomas Chabot and Christian Jaros.

Well as we’ve all seen by now, Max worked very hard this summer and came into camp in fantastic shape ready to compete for a roster spot. Lajoie wowed management and fans alike throughout training camp and the preseason, earning himself a spot in the team’s opening night lineup. So far Lajoie has taken this opportunity and ran with it, he notched a goal in his very first game and has been one of the team’s best defensemen to start the season.

Lajoie now sits with 7 points in 8 games to start the season and has seen his ice-time constantly increase and has even found his way onto the powerplay. Lajoie appears poised to make himself a constant presence on the young blueline and should hopefully be a contributing member for years to come. The future may not be as dark and bleak as we all thought, let’s hope Lajoie and his teammates can keep it going!

2 thoughts on “Who Is Max Lajoie?”