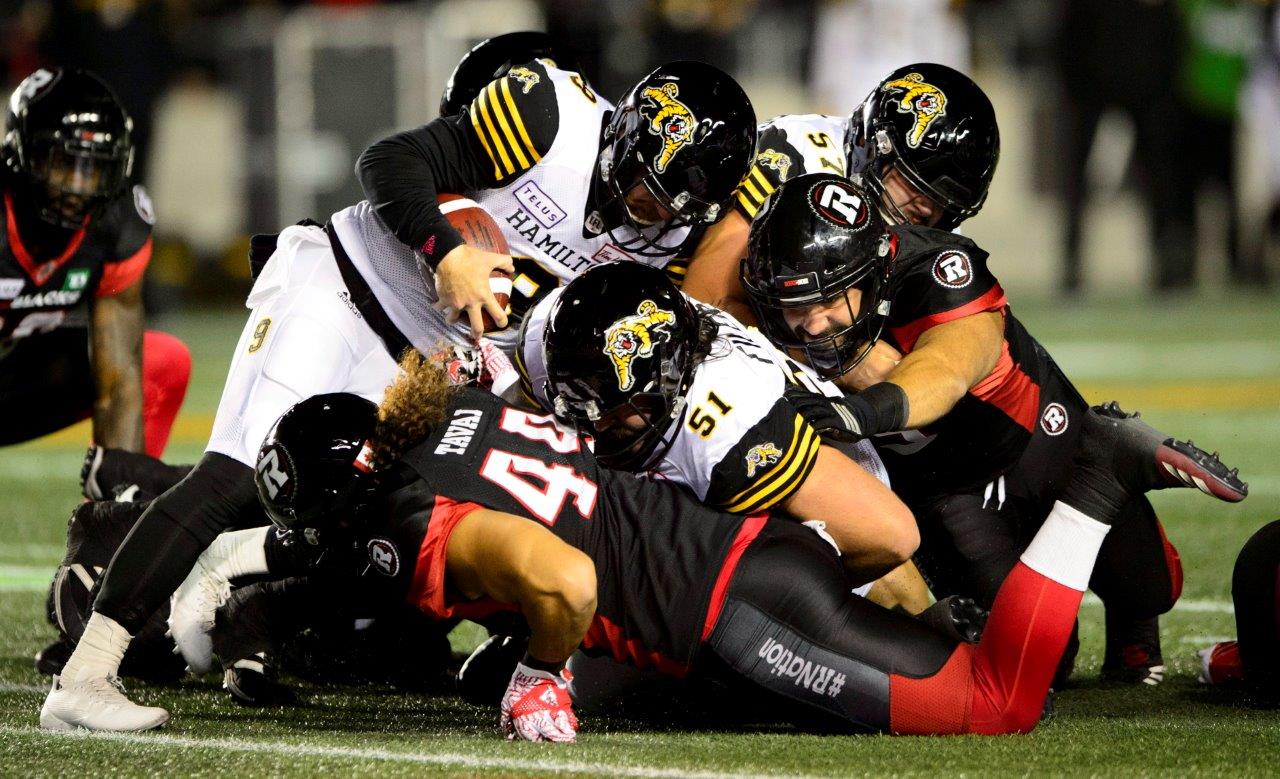 Part two of the back to back east duel is almost upon us! In the last episode, The Redblacks axed the Tiger-Cats in a crucial home victory. Down, but not out, the TiCats are looking for revenge. Will they defeat the plaid army for their last round? Or will the Lumberjacks condemn the cats to an eastern semi-final?

The situation is simple. If the Redblacks win one more game, be it against Hamilton on Saturday or Toronto the next week, they get to host the eastern final. Hamilton would have to face a western team, yet to be determined, in the eastern semi final.

What Ottawa has going for them

1- Momentum. They won last week. Usually, the Redblacks win two, then lose two. That’s what they’ve been doing the whole season so far. They’ve won 1, which means if they stay somewhat consistently inconsistent, they’ll win one more and go on to loce against Toronto.

2- People are favouring Hamilton. The Redblacks have scored so many upsets during the season. Their first game against the Roughriders, week 7 against the Ticats, week 10 against Winnipeg, week 14 against Saskatchewan, week 15 against Edmonton, and last week against Hamilton. If there’s one thing I’ve learned from the 2018 season, it’s that the Redblacks thrive when people doubt them.

What Hamilton has going for them

1-The odds. I have a hard time believing the TiCats would let themselves be defeated by the same team twice in a row. These two teams are too close to allow a season sweep from one team. Chances are, Hamilton was gonna win at least one game. Since this is the last one, statistically, they have a shot.

2-Home field advantage. Hamilton has fairly rowdy crowd during home games. They’re just a notch below Ottawa in that department.

3-Consistency. You could always count on the TiCats to put up a good fight against any team. They’ve never been blown out during the season. Should the Redblacks decide to not show up on Saturday, Hamilton has the game in the bag.

4-The lack of closure. Should Ottawa win the game, all questions will be answered as regards to the east. They clinch the division and Hamilton plays in the east semi. Bam. Closure. The stage is set. A Hamilton win, however, is much less clean. The east could still be up for grabs, and the season wouldn’t be over until the final whistle of week 21. Ottawa still doesn’t clinch the title. This season has been very tight, with no clear consensus on which team is the best. A Hamilton win would only be more reminiscent of how this season has been, increasing the suspense. I have a feeling that closure, the knowledge that Ottawa wins the eastern final, would almost be too good to be true for us Redblacks fans.

It’ll be interesting to see how Hamilton will adapt since Banks is out. I’m fairly certain that BOTH quarterbacks will have weaker performance compared to last week. I’m thinking both teams will score within the low to mid twenties. Less scoring, but just as close.