EASTERN SHOOTOUT: Redblacks climb their way to a win 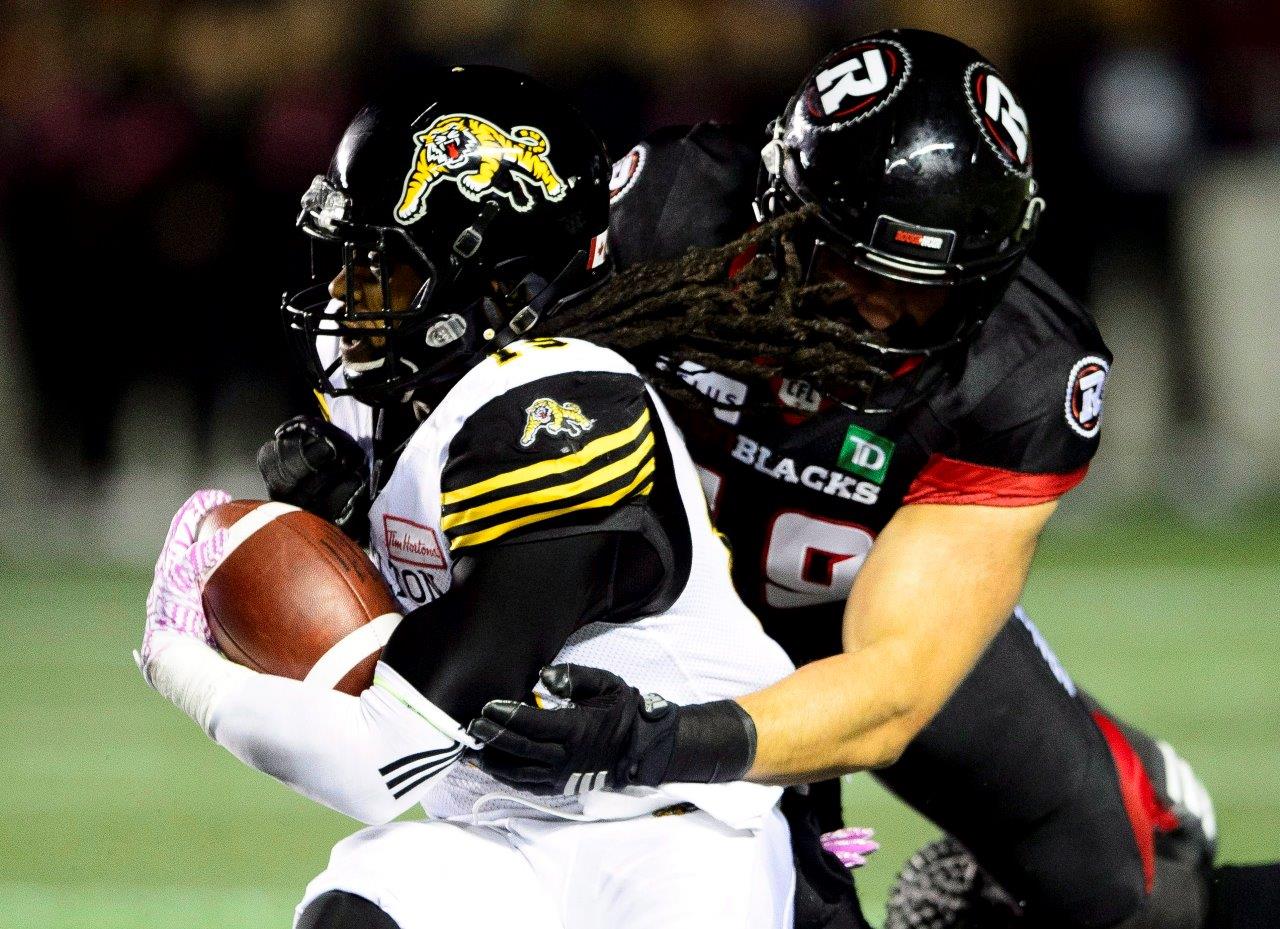 With the score settled at 6-22 in favour of the Ti-Cats, it seemed like the Redblacks were going to be handed their ninth loss of the season in a blowout fashion. The defence had a really hard time stopping the Hamilton offence, as Masoli kept throwing quick first downs with short passes.

The Redblacks came out a whole different team at the half. The offence was clutching and the defence was putting pressure. A few badly timed Hamilton penalties resulted in extra points on the board for Ottawa. In the end, Ottawa took the win with a final score of 35-31.

So how did the teams play?

The Redblacks have improved their discipline, only getting 8 penalties in the game. The offence played really well for most of the game, but it’s been said before, they will have to play the full 60 minutes of the game if they want to seriously compete in the playoffs. Trevor Harris had a very good showing, completing 75% of his passes with no interceptions.
It was not Powell’s night, as most of his carries resulted in gains of only one or two yards. He had 26 carries but only an average of 4 yards per run, and that’s including his long 40 yard run.

Lewis Ward was perfect on Friday night, and kicked his 45th straight field goal during this game, breaking the all-time record for consecutive field goals in pro football! In other news, water is wet.

Hamilton looked scary for the first quarter of the game. Masoli was consistently good during the game, completing 67.6% of his passes, most of them being short yardage, quick passes. He threw for 342 yards and 3 touchdowns. If Masoli brings his team to 10 wins and keeps playing like he did on friday night, he would be bar none the ideal MOP east candidate.
It’s hard to gauge whether the Ti-Cats collapsed during the game, or if the Redblacks were just playing very well. Some badly timed penalties did cost a lot to the Ti-Cats, as they ended up extending crucial scoring plays for Ottawa.

Now, first place in the east is by no means a shattered dream for the Ti-cats. Should they beat Ottawa next week, and Ottawa proceeds to lose against Toronto the week after, Hamilton clinches the title in the east.
However, one more Ottawa win will seal their place as the best in the east.

The two clubs will face each other for the last time on Saturday in the Hammer. Kickoff will be at 4:00pm. May the best team win.

4 thoughts on “EASTERN SHOOTOUT: Redblacks climb their way to a win”