A No Win Situation 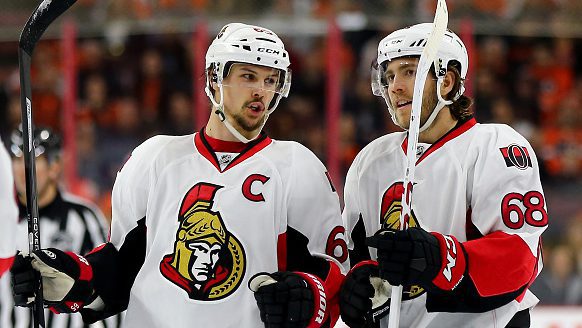 The inevitable has finally come to fruition, the Ottawa Senators have officially moved Mike Hoffman. Tuesday morning the Sens moved Mike Hoffman, Cody Donaghey, and a fifth round pick in 2020 to the San Jose Sharks in exchange for Mikkel Boedker, Julius Bergman, and a sixth round pick in 2020. Hoffman was subsequently flipped to the Panthers by the Sharks in exchange for a package of draft picks including a 2nd round pick in 2019. This trade has a significant ramifications for the Sens on and off the ice and has many fans wondering what the hell is the plan here?

Before getting into breaking down why this move is questionable from so many different aspects, I’ll go over what exactly the Sens are getting in return. Mikkel Boedker at one point in time was a highly touted prospect which led to him being selected 8th overall in the 2008 NHL draft by the then Phoenix Coyotes, the same year as a Sens player sure to garner some media attention this week. Boedker never really lived up to the hype associated with his draft status never surpassing 20 goals and only hitting the 50 point mark once during his time in the desert. This would result in Boedker being traded to Colorado where he would play a total of 18 games before signing with San Jose in free agency on a front loaded deal where he would once again disappoint (never surpassed 40 points). All this in mind, Boedker isn’t a terrible player, he’s a fast skater and is defensively responsible he just lacks that game breaking, big play ability that Mike Hoffman brings to the table. Boedker is an above average third liner and could be a serviceable 2nd liner, but leaves the Sens searching for a goal scorer heading into next season. The Sens also received 2014 2nd round pick, defenseman Julius Bergman. Bergman has been playing in the AHL the past three seasons and is a serviceable player, by all reports he should help Belleville’s powerplay this coming season. It is believed by many that Bergman’s ceiling in the NHL is a bottom pairing defensemen who can contribute some offense from time to time, so not exactly anything groundbreaking, however he adds some much needed depth.

Essentially the Sens gave up the best player in this deal for another team’s scraps in return. Everyone who follows the sport of hockey knows about the off-ice drama that recently came to light involving Hoffman which hurt his trade value. However, this is no excuse. The entire situation was completely mismanaged by the organization. The Sens have known about the allegations for months now and waited too long to act which ended up hurting their return in the trade. The thing that really bothers me with this trade is that nothing makes sense. The team has stated themselves that they are entering a slight rebuild which would involve acquiring draft picks (since they decide to keep on trading their own away to save money). However, Dale Tallon publicly came out and stated that he had discussions with the Sens about Hoffman, but the trade he offered the Sharks was never offered to the Sens in part due to the fact that the Sens weren’t interested in picks and wanted roster players in return. This doesn’t make sense because if the Sens are rebuilding then they need draft picks, if the team is trying to compete then they need to get a better return for a star player than two depth players.

The optimist in me can only find one glimmer of hope in this deal, it saves the Sens some money going forward. Hopefully this money goes directly into trying to sign Karlsson, Duchene, and Stone otherwise this trade was just all around awful asset management. The optimist in me wants to believe this, but with the way this team has been run recently I highly doubt it. Let’s hope that the team really does have a plan in place and this all just a part of the grand scheme otherwise there’s some even darker days ahead Sens fans.

One thought on “A No Win Situation”