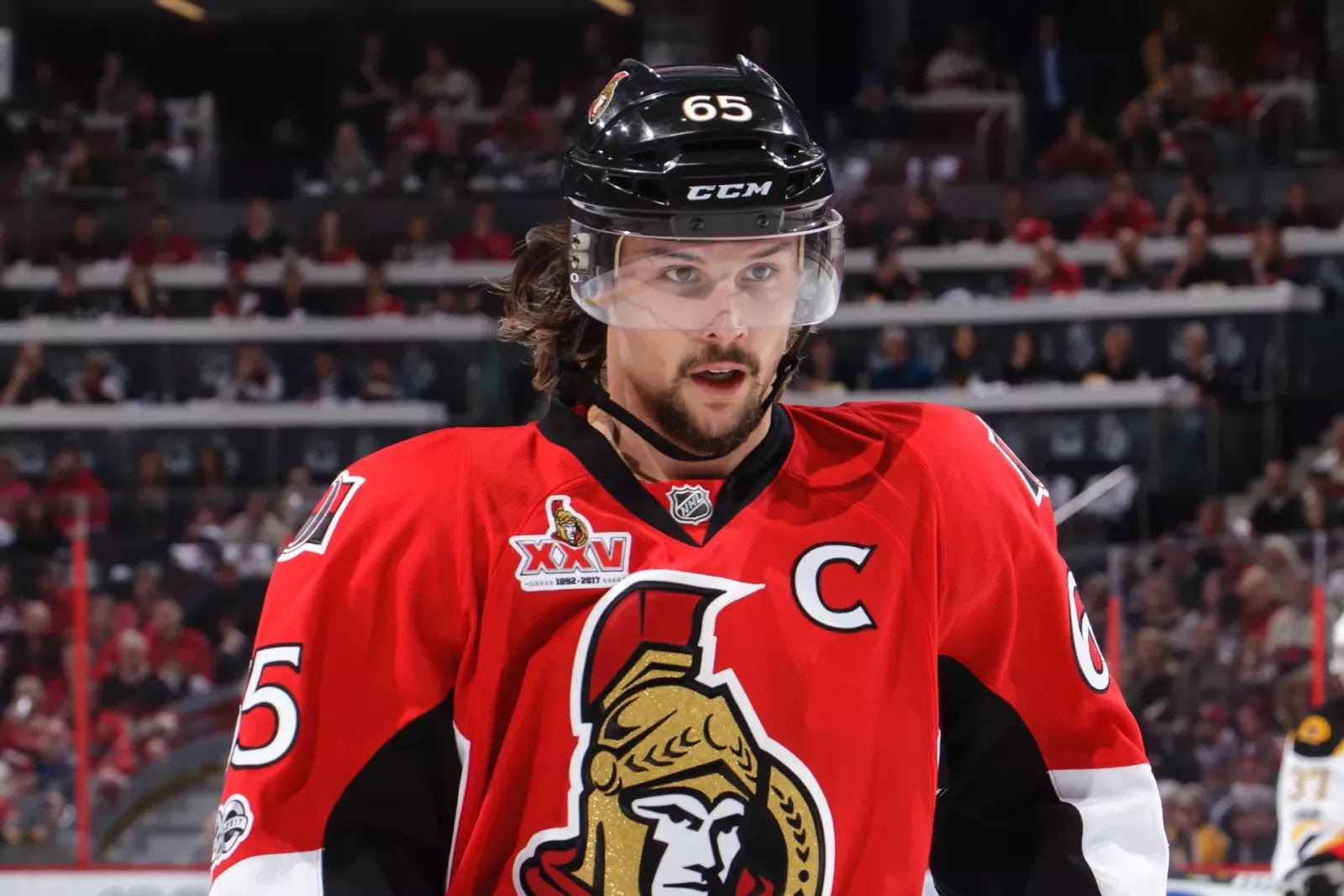 The trade deadline approaches sooner and sooner by the hour. With this the heartbeat of Sens fans will continue to intensify tracking this horrifying story with Karlsson until the deadline hits tomorrow afternoon. To catch everyone up, the media has ratcheted up the heat on the possibility of the Sens trading Karlsson before Monday’s deadline. Originally many fans, myself included, believed this to be the media just trying to get more viewers for Monday’s Tradecentre show, however, it now appears there is substance to these rumors. According to various reports, teams such as Tampa Bay, Las Vegas, and Nashville, to name a few, have been involved in legitimate talks with the team about acquiring the services of Erik Karlsson. Needless to say, it has been a stressful time for Sens fans.

Reports suggest both parties want out, what this means is Karlsson has had enough of the bush league way the organization has been run and uncle Eug wants to save himself some more money. Honestly, nobody can blame Karlsson if you look at the team’s history. Go back and look at the way the team treated Karlsson’s mentor, Daniel Alfredsson, read some of Kyle Turris’ quotes on the situation in Ottawa, check out any of the organization’s past employees’  twitter feeds, the Ottawa Senators organization is a toxic workplace and people have had enough. If it really is true that Karlsson wants out, it is completely understandable and he deserves better than this. From the team’s standpoint it is essentially just another way for Melnyk to save a few more bucks in his process of tearing down the team.

This is not the way to build a successful hockey team. The Sens are not in a position to rebuild and trading Karlsson essentially forces them into one. The team has a good core in place with Matt Duchene, Mark Stone, Mike Hoffman, Erik Karlsson, and Thomas Chabot. The majority of this core group is all in their mid-20’s and right in their prime. This is not a group of players you rebuild with, it is a group you retool for. Reconstruct the blue-line and bottom 6 of this team and see how quickly they become competitive again. Replace the current system that has brought them to constantly get hammered with shots against and a bottom 5 special teams unit. See how much better the team will perform and everyone will realize the Sens aren’t as bad as they’ve shown to be this season.

Erik Karlsson is not one of the Sens problems, he is one of the few bright spots. Trading Erik Karlsson is one of the biggest mistakes the organization will ever make if they follow through on this insane idea. The Sens need to keep Karlsson and hope cooler heads prevail in the summer and try and get him locked into a long-term extension. For those arguing that trading Karlsson will bring multiple pieces to help the organization build around for the future and make them stronger, do you really have faith in the team to do this properly? Just remember, for every Lindros trade, there’s a dozen Gretzky trades.

One thought on “Franchise Turning Point”