So long Phanuef… I guess 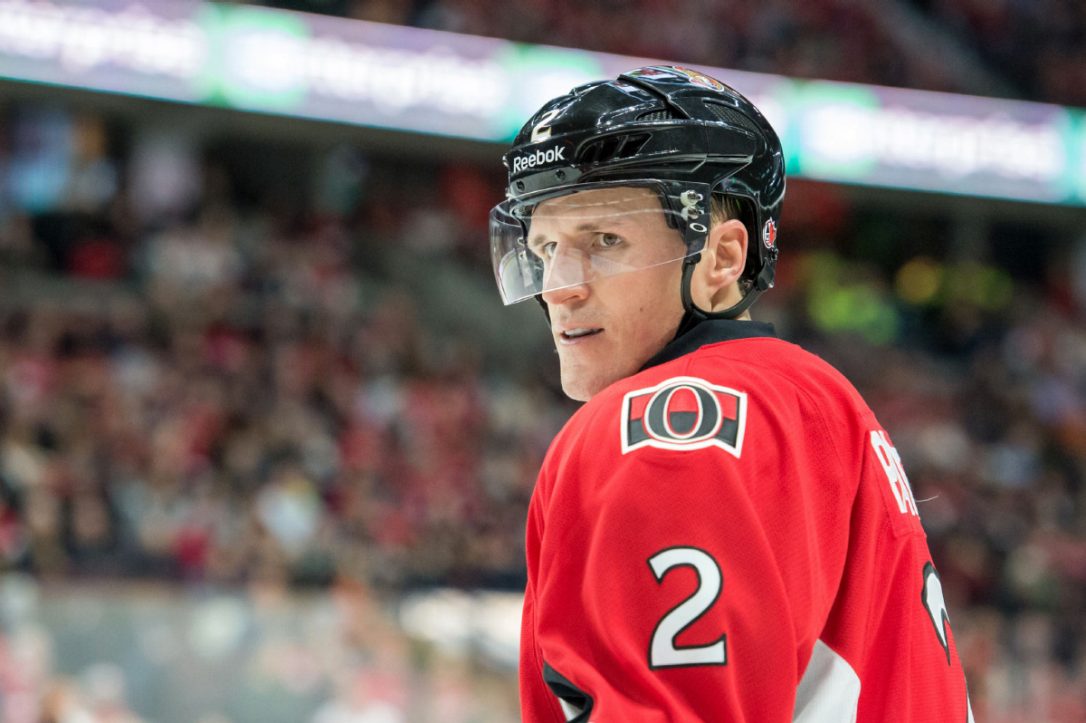 Tuesday night, the Ottawa Senators suffered a 6-3 defeat against the Pittsburgh Penguins; however, that wasn’t the talking point of the game. In the middle of the game, Dion Phaneuf was taken out, not because he was injured, but because he and Nate Thompson were on their way to LA while Marian Gaborik and Nick Shore were headed here. That’s right, after almost exactly two years, Dion Phaneuf is leaving the Sens. I know personally, back in 2016 when Phaneuf was traded to the Sens, I was confused and slightly angry, because at that point we hated him since he had played for the Leafs. Little did we know that even though Phaneuf wouldn’t help much on the scoreboard, his leadership would be very helpful to the Senators organization. I will get into that later but first here is a recap of Phaneuf’s time in Ottawa.

After Phaneuf was traded back in 2016, he played 20 games for the Sens, scoring 8 points, racking up 23 PIM, and finishing with a -3. However, Phaneuf’s wouldn’t have much of an impact until our last season in 2016/2017. Dion played 81 games in the regular season, scoring 30 points, sat in the box for 100 minutes, and finished with a -6. Still, what we Sens fans will remember him for is the playoffs. Although he only had 5 points and a goal, that goal happened to be the overtime winner against Boston in Game 2 of the first round. That goal kicked off an amazing playoff run, though that unfortunately fell short. Even though Dion wasn’t very impactful in terms of scoring, he and Ceci were generally paired against the opponent’s top lines. Yes, that gave many people heart attacks, but we did make it to double overtime in game 7 of the ECF, so obviously he was doing something right. Dion Phaneuf finished off his career in Ottawa, with a total of 173 games played, 59 points, and 174 PIM.

Once the dust settles, Dion Phaneuf will be remembered for his leadership. Dion was a highly respected figure in the locker room, and many players looked up to him as a leader. Phaneuf is a veteran in this league and has played a lot of games, so even though he hasn’t played many playoff games, his experience proved to be very useful to the Sens throughout the playoffs. Dion was also very respected with the media, as he always said what was on his mind and hid nothing from the media and the fans. When the Sens played terribly, which was basically all this year, Phaneuf went out and told everyone exactly how he felt about the game. The Ottawa Senators have a young leadership group, so Phaneuf’s presence was very helpful and helped the rest of that core group develop.

At the end of the day, Dion Phaneuf had an alright career in Ottawa. Personally, I believe that if he was on the third pairing instead of the second, he would have been better suited for the Sens. However, he was put on the second and you could see how that negatively impacted the team. He was slow, immobile, and fairly useless on defence. He sometimes pitched in on the offence, but it didn’t really make much of an impact. However, to say Phaneuf was completely useless in Ottawa is a crime. His leadership was clearly vital to the Sens success in the playoffs and he had good connections with his teammates. Dion’s time in Ottawa was short, but decent. We at 613 Sports thank him for his time in Ottawa, and wish him good luck in LA!

What do you guys think about the trade? Who won? Did you like Dion in Ottawa or did you think he was useless? Let us know on our Twitter, Facebook, Reddit or down below in the Comments

It’s with a tear in my eye I say goodbye for now, to 2 good friends and true pros. I wish you nothing but the best @NateThompson44 and my dearest friend Dion.

Never gets easier saying goodbye to teammates, especially great ones like @NateThompson44 and Dion… Can’t thank you two enough for welcoming me in this year the way you did. Thank you, and best of luck boys!