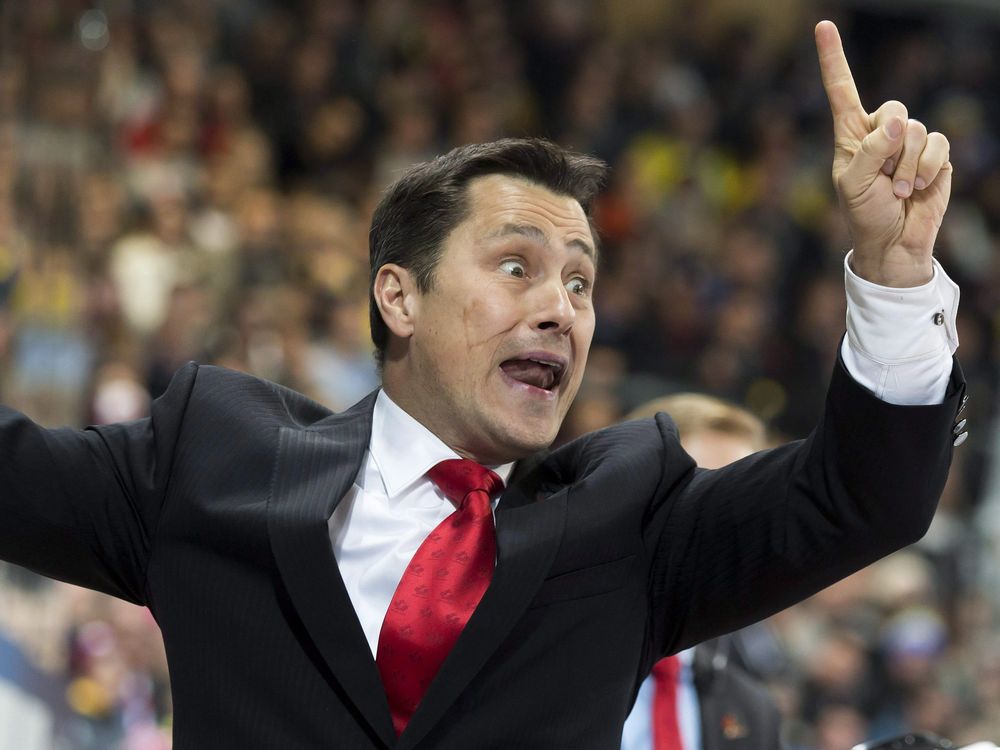 The Sens are in trouble. Not just any kind of trouble, but 12 points out of a playoff spot as of Christmas kind of trouble. For them to make playoffs, not only do they need to close the gap between themselves and the teams in a playoff spot, but they need at least 7 teams to go on a tremendous losing streak while they have a winning streak. From what we have seen this season, this is not likely to happen. In a future article, we will discuss the future of the Sens from now on. However, in this article I want to discuss the topic of Firing Guy Boucher.

With this poor season performance by our beloved team, I can clearly see why there are a lot of fans calling for Boucher’s scarred head. However, I believe that firing Guy Boucher will change absolute nothing for the Sens. You might be thinking that I had too much Eggnog over the break, but here are some very fun facts to prove my point. Since their second coming to the league, the Sens have made the playoffs 16 out of 24 times; that’s not too shabby. After the first 4 years of not making the playoffs, the Sens made the playoffs 11 straight times. Yes, many of them were first round exits but at least the fans knew that the next season there would be another chance. However, after the 2007-08 playoff appearance, a new era of the Sens had arrived. Since that year the Sens have been a “make the playoffs one year, miss out the next year” team. With the exception of one year, every year the Sens made the playoffs, the very next year not only did they miss out, but they had abysmal seasons like this one. And what was the result? Coaches being fired, of course. Since 2007-08, the Sens have had 6 coaches. 5 out of those 6 times coaches when hired, the team made the playoffs. However the next season they would fall tremendously in the standings, and the coach would be fired. When you have had 6 coaches but this same pattern of failure is still going on, you cannot put the blame on the coaches, as they are successful the first year but the next they aren’t. This isn’t normal. So perhaps this has something to do with the Management.

When a team makes the playoffs, usually they keep the same players and just improve weak links. However with the Sens, they tend to do the complete opposite. After doing some research here are the transactions that the Sens management made during the offseason leading to the season that ended up in no playoffs. [Thanks to www.nhltradetracker.com]

As you can see, the Sens lost most of the trades, and some of these trades are affecting them to this day. For example, as you can see, we traded Bishop and later on Lehner, and now we need goalies. Silfverberg is tearing up Anaheim, where Bobby Ryan is going to need a bionic hand soon. These trades not only affected the next season, but they are affecting us to this day. Now I don’t understand why we had to make these big trades after making the playoffs, yet we keep repeating it. Now you can probably see the relation between being a “Make the playoffs one year, the next miss out”, and these trades and management are most likely to blame for this.

So this is why firing Guy Boucher is not going to change anything. When you have had 6 coaches already, and the same pattern is going on, getting a new one is not going to help. What the Sens need to do is stop making these unnecessary trades in the offseason and keep the successful team as it is. Should they start doing that, the Sens will go back to being a consistent playoff team. My advice is to keep Boucher, and get rid of Dorion. Replace him with a veteran GM, then get rid of our weak players and keep the team as it is. Let the tanking begin.

One thought on “A Sens-ational Failure”