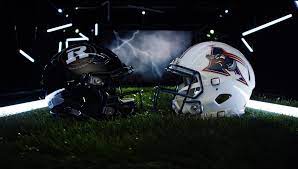 The Ottawa Redblacks’ home losing streak continued in a heartbreaking 34-30 defeat against the Montreal Alouettes. Quarterback Nick Arbuckle fumbled the ball after being sacked because he held onto it for too long trying to wait for a receiver to get open downfield on a 3rd and 5 with under 30 seconds remaining. With the loss, the Redblacks have lost 21 of their last 22 home games and are 0-8 at TD Place this season.

With the win, the Alouettes clinched a playoff berth and if they beat the Toronto Argonauts in their final two games, they’ll win the East Division.

The Redblacks remain alive in the playoff race but must win their last two games against the Hamilton Tiger-Cats and have the Saskatchewan Roughriders lose their final two games. Or else they’ll be eliminated from playoff contention.

The Redblacks started the game on fire offensively and quarterback coach Will Arndt who calls the plays got creative on the first snap.

Arbuckle lateralled to Ryan Davis, who launched a deep ball 45 yards downfield to Shaq Johnson. A few plays later, Arbuckle found new receiver Siaosi Mariner (3-53-1) wide open in the endzone where he made an incredible catch for a 23-yard touchdown. It was the Redblacks’ first home touchdown pass since July 21, 2022, which was also against the Alouettes.

The Redblacks’ defense flexed its muscles and forced the Alouettes out of field goal range thanks to Lorenzo Mauldin’s CFL-leading 15th sack of the season.

But on the next drive, a fumble by Nick Arbuckle, who held onto it for as long as he could to try to extend the play caused by a strip sack would ultimately be returned for a touchdown by Alouettes’ defensive back Adarius Pickett which tied the game 7-7 midway through the first quarter. A second fumble by Arbuckle trying to extend the play ultimately cost Ottawa the game.

After a turnover, the Redblacks’ offense has proven all year that it cannot respond. Arbuckle proved everyone wrong after his first fumble and moved the ball down the field with a few screen passes and intermediate passes to Justin Hardy and Trevaun Smith before Arbuckle threw a dime to a wide-open Smith in the endzone to regain their seven-point, 14-7 lead.

What was a problem for the Redblacks’ was their special teams, specifically their punt and kickoff return units. Chandler Worthy had four kickoff returns for 99 yards and 5 punt returns for 73 yards. With his electric speed was consistently giving his team good field position and set them up in scoring position, including a punt return that set the Alouettes up on the Redblacks’ 23-yard line on the drive they scored the eventual game-winning touchdown.

A few drives after an Alouettes’ field goal cut the lead to 14-10, a defensive pass interference penalty against the Alouettes put the ball on the one-yard line and Caleb Evans rushed for his 13th touchdown of the year on a designed run to extend the Redblacks’ lead to 21-10.

Overall, the Redblacks’ defense played well tonight, but they’ve been plagued by numerous little details this year and one of which is missed tackles. Alouettes’ running back Walter Fletcher capped off a 7-play, 104-yard drive with a 40-yard touchdown catch in which he evaded many tackles by Redblacks defenders; the lead was cut to 21-17 and it grew to 24-7 at the half after a 41-yard field goal by Lewis Ward.

The Redblacks’ offense played very well in the first half, particularly Arbuckle, who completed 18/21 passes for 176 yards and threw for two touchdowns. He finished the game completing an astounding 78 percent of his passes (28/36) for 271 yards and two touchdowns. Justin Hardy (8-93-0) and Tevaun Smith (6-61-1) were the leading receivers.

Trevor Harris played well in the first half, completing 11/16 passes for one touchdown and no interceptions. The Alouettes’ only recorded 8 yards on the ground at halftime but warmed up in the second half. Harris finished the game by completing 19/27 passes for 241 yards and a TD.

Entering the game, the Redblacks averaged just over 21 points per game, but they scored 24 points in the first half alone against the Alouettes, thanks to great execution and excellent playcalling from Arndt and interim head coach Bob Dyce. Unfortunately, their offense couldn’t maintain that in the second half which cost them.

The Alouettes scored 10 straight points to take a 27-24 lead after two efficient drives downfield, one of which saw William Stanback get his first rushing touchdown of the year after Davis converted the Alouettes’ 22nd 3rd and 1 try on 22 attempts.

The Redblacks drove down the field and tied the game 27-27 with a 44-yard field goal to start the fourth quarter and then their defense did something no other team has done this year: stopping the Alouettes’ offense on not only a 2nd and 1 but also a 3rd and 1 opportunity.

After the takeaway, the Redblacks drove 46-yards inside the Alouettes’ five-yard line but instead of going for it on third and goal, they settled for a 10-yard field goal.

After a two-and-out by both teams, Worthy’s punt return set up the Alouettes inside Ottawa’s 25-yard line. The Redblacks’ defense held their opponents out of the endzone for three plays before Davis eventually scored a rushing touchdown to give the Alouettes a 34-30 lead.

The Redblacks were able to get another stop on 3rd and 1 to get the ball back with under a minute left, with a chance to win the game. However, Arbuckle’s second fumble sealed the Redblacks’ fate.