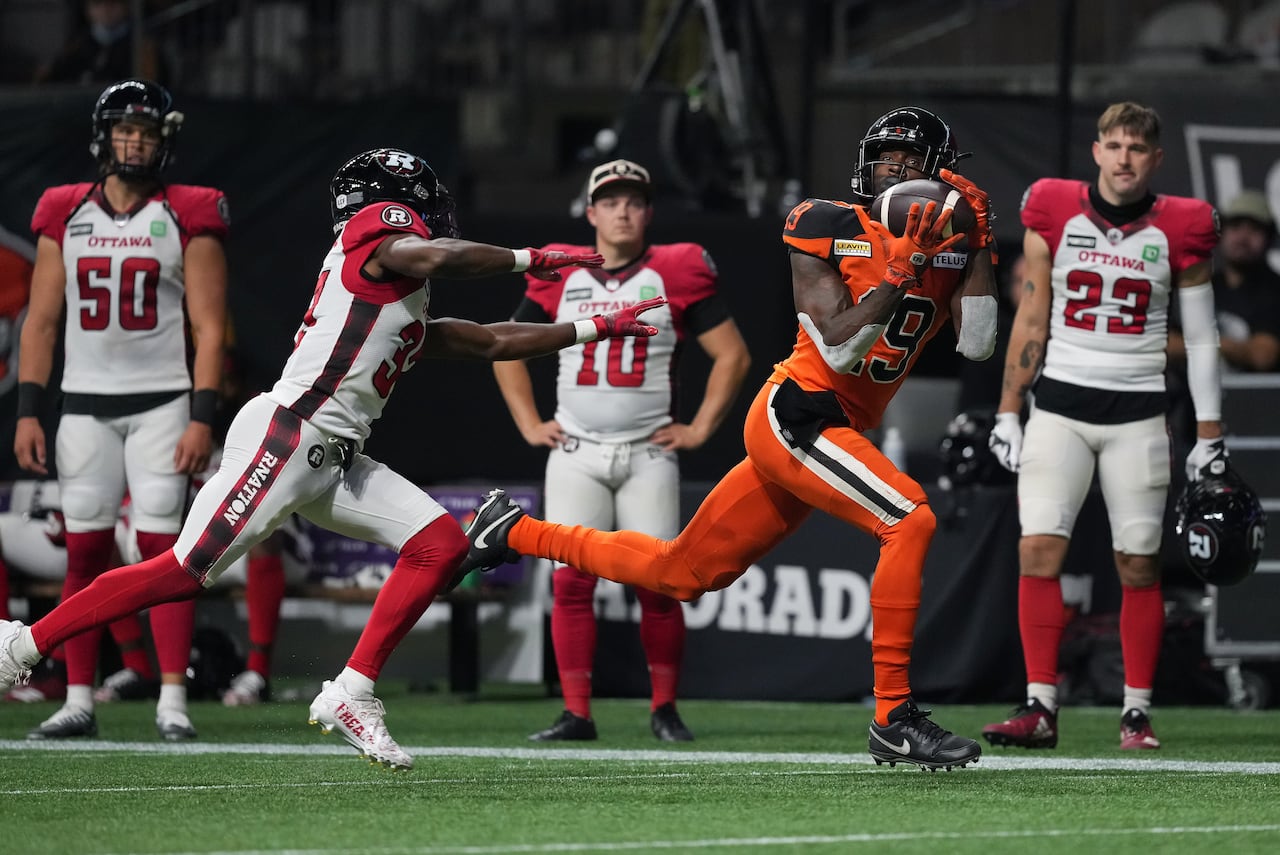 The Ottawa Redblacks were defeated 34-19 by the BC Lions on September 30, in a game that was never really competitive. The Redblacks have now lost three games in a row.

With the loss, the Redblacks fell to 3-11 on the season and are not only last place in the East Division but also have the worst record in the CFL. Meanwhile, the Lions improve to 10-4 on the year and cement themselves in second place in the West Division.

The good news from this game is the dismissal of head coach Paul LaPolice, who led the team to a 6-24 record over the last two seasons. He has dealt with many injuries, but his uncreative, conservative playcalling and inability to make any adjustments during games among other things hurt the team and led to losses.

Special-teams co-ordinator Bob Dyce takes over head-coaching duties on an interim basis and the team will begin looking for a new coach in the offseason.

Vernon Adams Jr. was fantastic under center for the Lions, finishing the night completing 17/22 of his passes for 305 yards and two touchdowns while also being productive in the rushing attack. Backup quarterback Antonio Pipkin scored two rushing touchdowns and had 23 yards on five rushes.

The Lions’ controlled the game in the first half and dominated on both sides of the ball en route to a large halftime lead.

The Lions opened up the scoring early with a nine-play, 86-yard drive that took nearly five minutes off the clock and consisted of a few huge runs by Adams Jr., James Butler, and Pipkin before Pipkin found Keo Hatcher wide open in the endzone for a 7-0 lead.

The Ottawa Redblacks were able to drive the ball downfield efficiently on numerous occasions, but couldn’t find the endzone on all but one of their drives. Lewis Ward hit four of his five field goal attempts, three of his field goals were 22 yards or shorter.

The Redblacks have struggled all season to score touchdowns in the red zone, due to a mix of poor and conservative playcalling, mistakes, penalties that pushed the offense back, and often simply a lack of execution.

After Lewis Ward’s 12-yard field goal, to cut the Lions’ lead to 7-3, Adams Jr. moved the ball quickly downfield with his arms, completing multiple passes including a 36-yard strike to Dominique Rhymes before passing to Butler at the 15, who made several defenders miss and used his speed to get into the endzone to expand BC’s lead to 14-3.

The score would say the same until late in the second quarter when two big completions to Lucky Whitehead and Rhymes set up a two-yard rush TD for Pipkin on a QB draw to give the Lions a 21-3 lead.

A sack by Cleyong Laing forced the Lions to punt from deep in their own territory, and the Redblacks got the ball at the Lions’ 36-yard line. Two completions, to Justin Hardy and Devonte Williams, set up a 22-yard field goal for Ward which cut the lead to 21-6.

The Lions’ added a field goal at the end of the second quarter to take a 24-6 halftime lead.

The Redblacks’ defense gave up a lot through the air, but overall their defense played well and kept the score respectable until late. They generated a lot of pressure against Adams Jr. and recorded five sacks, including two from Lorenzo Mauldin, who leads the CFL with 14 sacks, breaking Justin Capiciotti’s franchise record of 12 sacks in 2015.

In the second half, after both teams exchanged field goals, the Redblacks’ defense forced the Lions to go two and out for only the second time in the game which led to Ward’s longest field goal from 47 yards out to cut the lead to 27-12.

The Redblacks’ defense kept the game close with another three and out, but couldn’t capitalize on offense, punting the ball back to the Lions. Leone’s punt was returned 29 yards by ex-Redblack Terry Williams to the Redblacks’ 35-yard line. The Redblacks’ defense couldn’t make up for the good starting field position and it led to a one-yard rush TD by Pipkin to give the Lions a 34-12 lead.

Until late in the game, the Redblacks didn’t commit any turnovers or make any big mistakes, a big improvement from last week when they had five interceptions and seven turnovers.

Arbuckle responded on the next drive, leading a 7-play, 80-yard drive to give the Redblacks their only touchdown of the evening. Arbuckle spread the ball around and got multiple receivers involved, including Justin Hardy, Darvin Adams, and Jackson Bennett to set them up inside the 10-yard line. They finally capitalized in the red zone when Arbuckle found Tevaun Smith wide open in the flat. He broke a few tackles before finding the endzone to lead to 34-19.

The Redblacks got another quick stop on defense and with under two minutes left, moved the ball quickly to try and cut the lead further. Three big completions had them on the Lions’ side of midfield but a 7-yard sack by defensive lineman David Menard proved costly. The Redblacks got a 15-yard completion but on 3rd&2, Arbuckle’s pass was batted down to seal the Lions’ win.

The Redblacks, who will not see playoff football this season, host the Alouettes on Thanksgiving in an attempt to get an elusive home win; the Lions look for another win against the East-leading Argonauts.