By The Numbers – Ottawa RedBlacks Edition 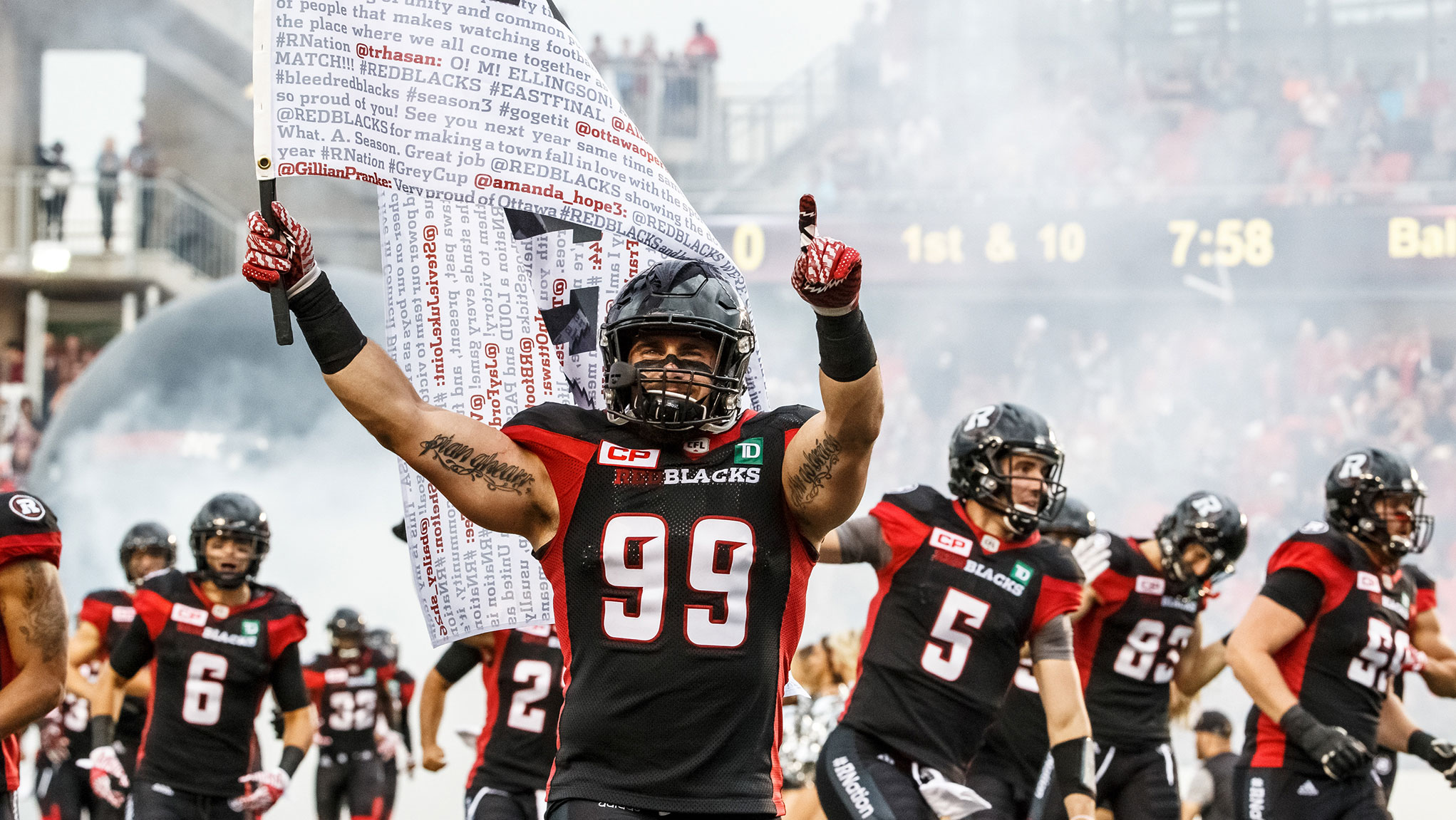 As we welcome in a new year, it is a time to reflect on the year that was and look to the year ahead with renewed optimism, resolutions or simply hope for a more “normal” life. We are also in the heart of hockey season, but with the Christmas break and a lighter than usual hockey calendar (thanks COVID!), there is not much to write about when it comes to the Senators & 67’s. So, I am taking advantage of this to sneak in a By The Numbers article focused on the Ottawa RedBlacks.

Firstly, let me say that it is hard to believe the RedBlacks are preparing for their eight season in the Canadian Football League (CFL) after many years without football in Ottawa. It seems like just yesterday that the “friends of Lansdowne” were doing everything in their power to make sure the concrete eye-sore on Bank Street remained untouched and that professional football would never return to Ottawa.

This city has a rich football tradition which has been overshadowed by years of ineptitude, due in large part to poor ownerships/management. However, this time was supposed to be different. There was a solid ownership group behind this with the financial resources needed to make this work. Some worried about the fan base, but Ottawa has always had a good core of football fans, so I never thought attracting fans would be an issue. That being said, the fans of Ottawa are very intelligent and have long memories. They would understand losing in the first season or two, but not much beyond that.

The RedBlacks first season back in 2014 was a disaster on the field (2-16), but the in-game experience was like nothing this city has seen before. Going to a RedBlacks game was such a great experience that fans really didn’t pay too much attention to how well the team did on the field, most were having too much fun. It really became THE place to be in Ottawa. The RedBlacks were not only attracting the older die-hards, but they were appealing to the younger generation, many who were too young to remember the Renegades. This was the “honeymoon phase” which bought the franchise some time to work on getting the on- field product right.

Year two was their best season in terms of wins and losses (12-6), so things were looking very bright for the Ottawa RedBlacks. In their third season, they made history by winning the Grey Cup in only their third season in the League. What most forget is that the team had a losing record that season (8-9-1), but it didn’t matter. The Grey Cup had not been won by an Ottawa football team since 1976!

Since that season, the team has been mediocre to abysmal, with the last 2 seasons being their worst, which brought back memories of “Super Season ‘88” for some who are old enough to remember. Outside of 2018, the RedBlacks have been sputtering since the 2015 season:

What is most disappointing about these number is the record at home. A single home win in both of the last two seasons played is inexcusable. Why does this team do better on the road than they do at home? Is this merely a coincidence, or is something else at play? Regardless, the RedBlacks must make it much more difficult on visiting teams. It should be a spot on opposing teams’ calendars that they do not look forward to, which is currently not the case.

Shawn Burke became the team’s second General Manager recently, replacing Marcel Desjardins who was let go shortly after the 2021 season ended. To say this was the most important hiring in the teams short history is not an overstatement. The upcoming 2022 season is critical.

The novelty has worn off for the RedBlacks. They are no longer the “shiny new toy” in town. They cannot continue to win at a .214 clip and expect TD Place to be full. Ottawa football fans deserve much better. So my wish for them in 2022 is a season with more wins than losses, increased attendance at TD Place, and a re-invigorated and proud fan base. I wish you all a happy and healthy 2022.

By The Numbers – World Junior Edition

Ottawa sports By The Numbers