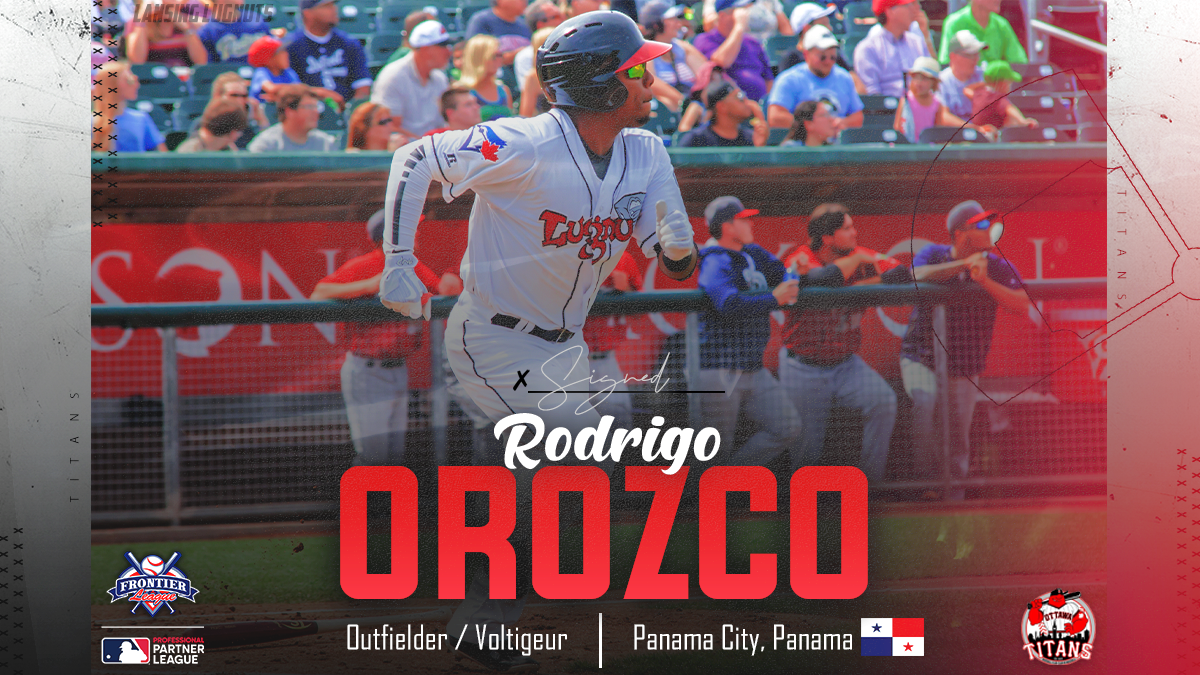 The Ottawa Titans report that the ballclub has landed outfielder Rodrigo Orozco for the 2022 Frontier League season.

“Rodrigo is a great clubhouse figure and an excellent defender who brings versatility to the top of our lineup,” said Titans manager Bobby Brown. “He comes highly recommended from the Padres and Blue Jays organizations as both a player and person. He certainly is the type of player that will become an instant fan-favourite in Ottawa.”

Signed out of his native Panama by the Toronto Blue Jays in 2012, Orozco reached advanced-A in the Blue Jays organization between 2013-2018. Following the 2018 season, he was traded to the San Diego Padres in exchange for major league infielder Socrates Brito.

Orozco was named to the Blue Jays’ organizational all-star team in 2018, when he hit a career-best .304 with the Dunedin Blue Jays.

In other news, the Titans have acquired RHP Carter Hayes, OF Alonzo Jones, and RHP Carlos Vega from the Gateway Grizzlies in exchange for INF Trevor Achenbach, INF Andrew Penner, and C Hector Sanchez.

The Ottawa Titans open their 2022 Frontier League season on the road at the Joliet Slammers on May 13. The Titans lead off their home portion of the season on May 24 versus the Evansville Otters on May 24.