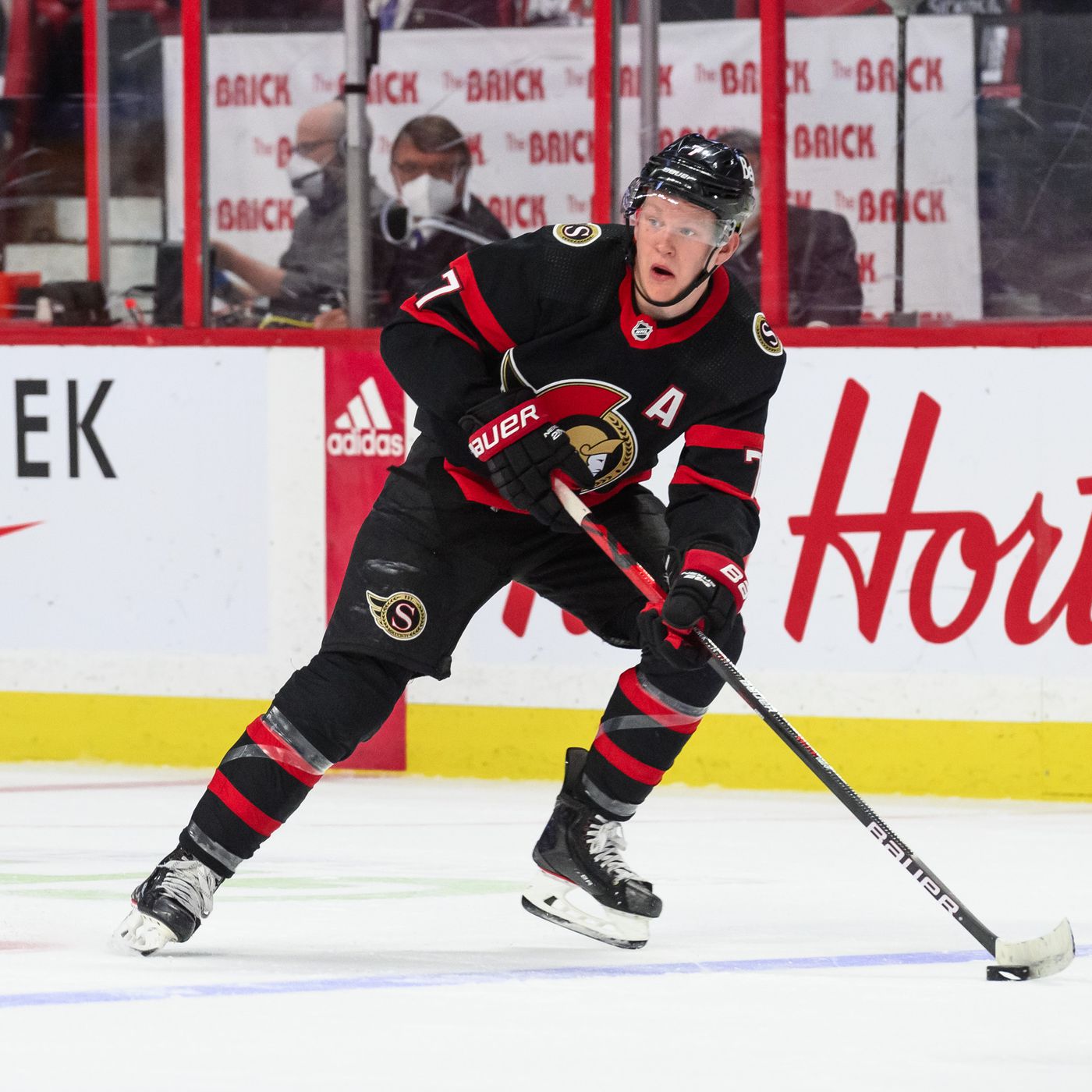 About a year ago the Ottawa Senators completed the most important draft in their rebuild, adding future superstars Tim Stützle and Jake Sanderson among others. A year later they find themselves in a stalemate with 22 year old Brady Tkachuk, arguably the most important contract to get done in this entire rebuild.

Tkachuk is coming off his entry level deal after playing all three of those seasons for the Senators. His first training camp was coincidentally the same one that sent Erik Karlsson packing to San Jose. It’s poetic, I know.

After spending Tkachuk’s entire tenure in the basement of the NHL, the Senators finally look poised to start competing. One could argue that had last season carried on an extra 10 or 15 games, The Senators would have been in the playoff picture for the North Division. As of February 15th, exactly one month into their season, they had the 4th best record of all Canadian teams.

The point is, the rebuild is over. Not just because fans are becoming impatient and are trying to convince themselves that this team can do it, but because General Manager Pierre Dorion explicitly stated so:

With that in mind, this training camp should be filled with optimism and excitement about all the young players hitting their stride with the big club. But Tkachuk’s contract situation has left an anxious feeling for the fans.

This is the next captain of this team and everyone knows it. If Thomas Chabot was going to be named then he would have that ‘C’ stitched on already. At a time when the team should be driving their marketing through the roof to get fans back in the building, the rugged face of the franchise isn’t even in the city.

This video, which is a fantastic way for the social media team to start the season, is missing the person who this team’s identity is being built around:

There are a couple of reasons that this deal is tricky. The main one being that the Senators don’t exactly have a solid record as of late when it comes to locking up star players. Sure, Drake Batherson and Chabot signed long term, but in order for the fan base to totally buy in they’ll have to prove they can make it through negotiations like Tkachuks.

On the other hand, the recent developments regarding what his asking price is have certainly divided the fan base’s opinion of him. According to TSN insider Pierre LeBrun, Tkachuk is looking for “north of $8.4 million per season.” The Senators highest reported offer is $8 million per season; an identical contract to Chabot which he signed in the team’s 2019 training camp.

Understandably, there are some who feel that the Sens should just shell over the money given their past:

But then there are also some who are starting to get impatient with Tkachuk holding out and missing the majority of training camp:

If you need any indication of how divided the fan base is over this stalemate then check out the replies to the tweet above.

It’s creating animosity, but I think that just goes to show how important everyone knows this contract is. This is the next captain of the franchise, and his contract will set the tone that this team is actually serious about paying their players and starting to compete.

If I were to pick a side, I’d say Tkachuk deserves the benefit of the doubt. He has said nothing but the right things about this team despite all the garbage that has happened off the ice in his 3 seasons. He is the clear cut leader of this team and hopefully this gets resolved soon.

But the longer this goes on the more doubt will start to seep into the minds of fans who were starting to trust the organization again. October 14th against the Toronto Maple Leafs is when the season starts for the Senators, and #7 should be out there leading the way with a ‘C’ on his chest.