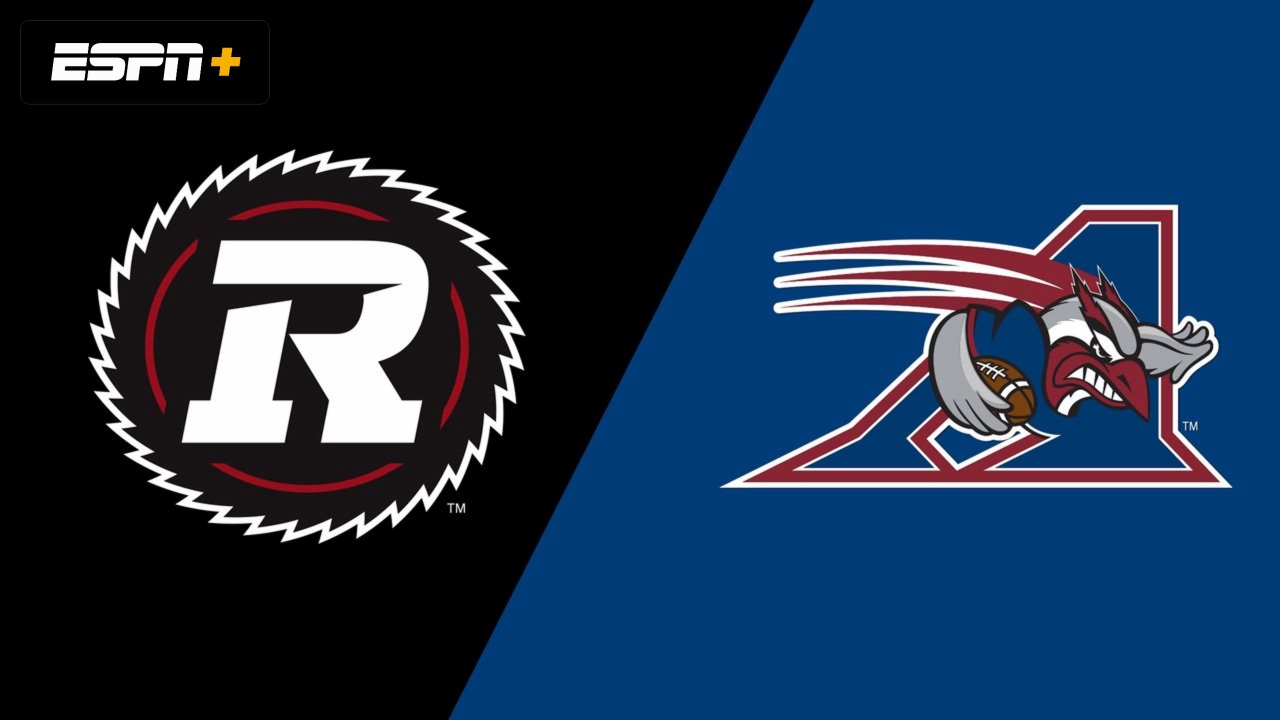 The Ottawa Redblacks’ offense finally showed some life under Dominique Davis, but in a 51-29 blowout loss against the Montreal Alouettes, the defense, specifically the secondary, simply flatlined.

Coming into the game, both offenses struggled to find their rhythm. Redblacks’ QB Matt Nichols hadn’t thrown a passing touchdown in his first three games of the year and the Redblacks had only recorded one offensive score in that span. Alouettes’ QB Vernon Adams struggled in his last two games, throwing three touchdowns, two interceptions, and completing less than 50 percent of his passes.

After last night, it was the Alouettes who found their rhythm on offense. Adams completed 18/23 passes for 288 yards, four touchdowns, and zero interceptions.

Running back William Stanback after being shut down for only 40 yards last week against the Hamilton Tiger-Cats exploded for 112 yards on 15 carries to help open up the Redblacks’ defense.

The Alouettes’ offense found a nice balance between run and pass which kept the Redblacks’ defense guessing. The Alouettes’ receivers consistently found themselves open downfield and the Redblacks’ secondary could not make a stop all night, especially when they needed to.

Matt Nichols started the game but could not get anything going in the quarter and a half that he played. He completed 2/5 passes for 23 yards and an interception. He was pulled for backup quarterback Dominique Davis, who provided the Redblacks’ offense with a much-needed spark.

Davis threw the first two passing touchdowns of the Redblacks’ season – both to wide receiver Daniel Petermann who finished the game with seven grabs for 77 yards – and also rushed in a touchdown. Davis will get you yards and touchdowns but also throws a lot of picks. Just like New Orleans Saints’ QB Jameis Winston in the NFL.

The Redblacks’ 29 points last night was their highest output of the season and would have gotten them a win in any of their first three games, but against an explosive Alouettes’ offense that scored on almost every drive, it was impossible for the Redblacks’ offense to keep up. Their defense also could not get a stop, which also did not make the offenses’ job any easier.

Mike Benevides’ unit is normally very strong at rushing the passer, but they could not get enough pressure against Adams last night. Adams is a mobile, athletic quarterback, with a strong arm. When he has a clean pocket behind a good offensive line with limited pressure, he is able to play at his best and let his receivers go to work. That’s when he’s dangerous.

That happened yesterday. The Redblacks’ front seven could not disrupt Adams’ rhythm consistently. They only recorded one sack. All night long, Adams had all day to throw – thanks to the Alouettes’ excellent offensive line – and the Redblack’ secondary, who was left to dry, just fell apart as the game progressed.

Turnovers also haunted the Redblacks again last night. Both Davis and Nichols combined to throw for three interceptions – Nichols’ interception directly led to an Alouettes’ touchdown – and the defense could not force a single turnover to benefit their offense. When you lose the turnover battle, it’s not often you’ll win the football game. This adage rang true tonight.

To put salt in the wound for the Redblacks, Alouettes’ defensive lineman Almondo Sewell joined in on the fun with a one-yard touchdown run late in the fourth quarter.

The Alouettes improve to 2-2 entering their bye week, looking like a threat in the East Division, currently sitting second place while the Redblacks fall to 1-3 on the season, putting them last place in the division.

The Redblacks still have a lot of questions to answer, particularly on the offensive side of the ball. I believe that based on what we saw last night Davis will be the starting QB moving forward. Hopefully, this will help kickstart their offense while limiting their turnovers. And on defense, they need to tighten up their secondary by applying more consistent pressure to opposing QBs. Forcing a few turnovers will also help them win games. When you get pressure on the quarterback, he has less time to throw, which leaves the opposing receivers less time to get open and make a play.

They will travel to Vancouver to play the BC Lions next week. Hopefully, head coach Paul LaPolice and his staff will do whatever it takes to get his team back to winning form. Will it happen? Only time will tell.