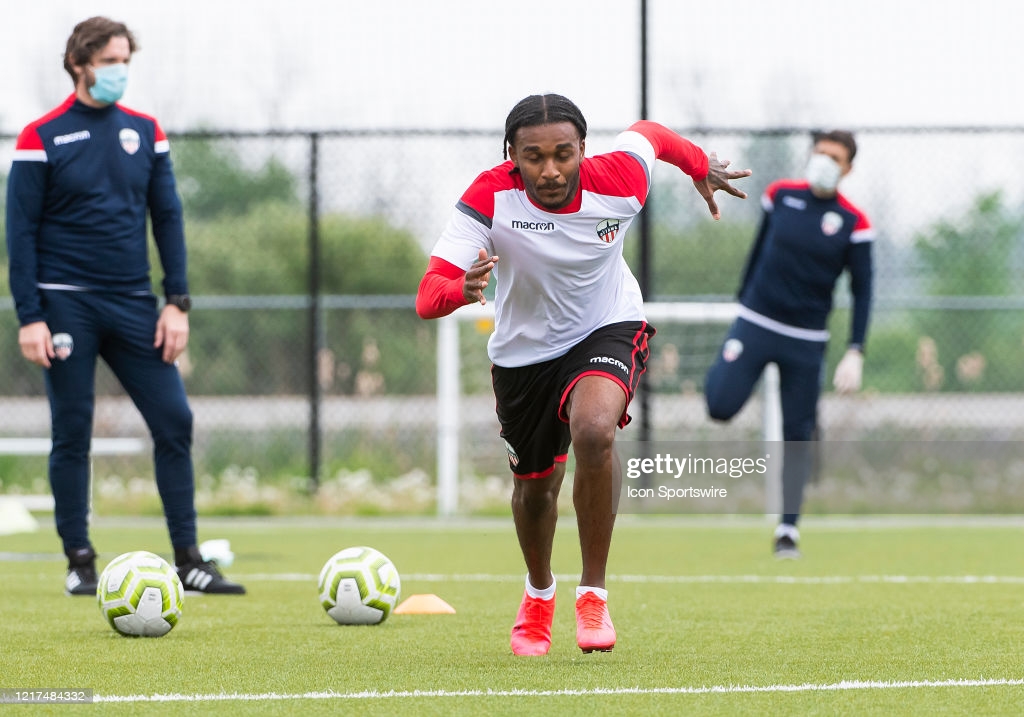 The 2021 season will be Atlético Ottawa’s first full-length season. If there were any doubts that last season’s roster was a one-off, those doubts are now vanquished. Only nine players from last season have returned to the team, and that is if you count Bernardinho, although he still hasn’t played a game for Ottawa and will still be waiting after having some more VISA problems.

Nine players returning means that 12 new players will be wearing the Atlético Ottawa kit this season. Everything we knew about this team, we need to throw away. Whatever playstyle was used in the Island Games will probably not be used this season. With the first game rapidly approaching, Mista has some work cut out to choose a starting 11. Luckily, he has had a month in Spain with the team to determine the best course of action. Us fans on the other hand, haven’t had that pleasure. Therefore, when it comes to predicting a starting 11, it is more speculative. However, I believe that my starting 11 should be the one the team uses against Edmonton FC.

Dylon Powley is going to be on his revenge tour this season. Feeling that Edmonton didn’t give him a worthy chance, Powley will try everything he can to make Edmonton regret this decision. Atlético Ottawa should be very excited about Powley this season.

While Ottawa has a lot of depth going forward, on the backline it’s more shallow. Atlético Ottawa officially has six defenders signed, so it is quite risky to play four at once. However, since this lineup is only for the opening game, let’s ignore that aspect for now. Kapor, John and Beckie are all experienced stay-at-home defenders who will make up a formidable last line against Edmonton FC. These three defenders will have a bigger role to play while defending, but on the attack three in the back allows the wingbacks to push up and help join the attack. So, instead of five players on attack, Atlético Ottawa will now push up six to seven players which will inevitably push Edmonton FC backwards.

As mentioned, while on the attack, Atlético Ottawa can outnumber Edmonton’s midfielders by pushing Neufville and Verhoeven forward. Verhoeven is a very versatile player that has numerous moments of brilliance. He isn’t afraid to take players on and can use his pace to quickly pass defenders.

While Neufville is more defensive oriented, he still has the assets to push forward and deliver quality balls.

Mannella is a solid stay-at-home midfielder whose task will be to protect the backline, but he can also distribute the ball well and start attacks.

This season Viti will really show fans how creative he can be. Viti Martinez was used more as a CDM last season, with Acuna taking the role of a creative midfielder. However, this season with Manella protecting the backline allows Viti to be more creative on the ball and be the workhorse of Atlético Ottawa’s attack.

The forwards were the hardest to choose from for this article. The amount of different players that could have been used makes me feel bad for Mista. However, I decided to go for the players I felt the most comfortable starting against Edmonton FC.

Starting with Malcolm Shaw, who has one season already under his belt. North American defenders play a lot harder than European defenders, and it takes some getting used to. However, now that Shaw has that experience under his belt, I am fully expecting him to show Atlético Ottawa fans what he has got in his locker.

Jordan Webb was tearing up the Singapore league before making his move to the Nation’s Capital. In 97 appearances, Webb had 42 goals and 22 assists. Hopefully, he can bring some of that productivity to this Ottawa side.

Telfer was another obvious choice. The Trinidad and Tobago international has played for Toronto FC and, most recently, York United. Although being a natural left-winger, I decided to play him at right-wing to cut in on his left and smash the ball into the net.

I’m no coach, and I for sure haven’t seen how this team gels together. However, based on the players we have signed, I would not be surprised if we see a similar lineup of sorts. I am interested to see what kind of tactics Mista will deploy. Will we be a more possession-based team? Or will we heavily rely on a quick counterattack? June 26th is almost here, so we don’t need to wait much longer.

Tonight at 7pm! I, alongside Capital City Supporters Group, will be hosting a live season preview show on the CCSG YouTube channel. We will be discussing the upcoming season, and a few special guests may be making an appearance. Don’t miss it!