The Golden Era for Canada? 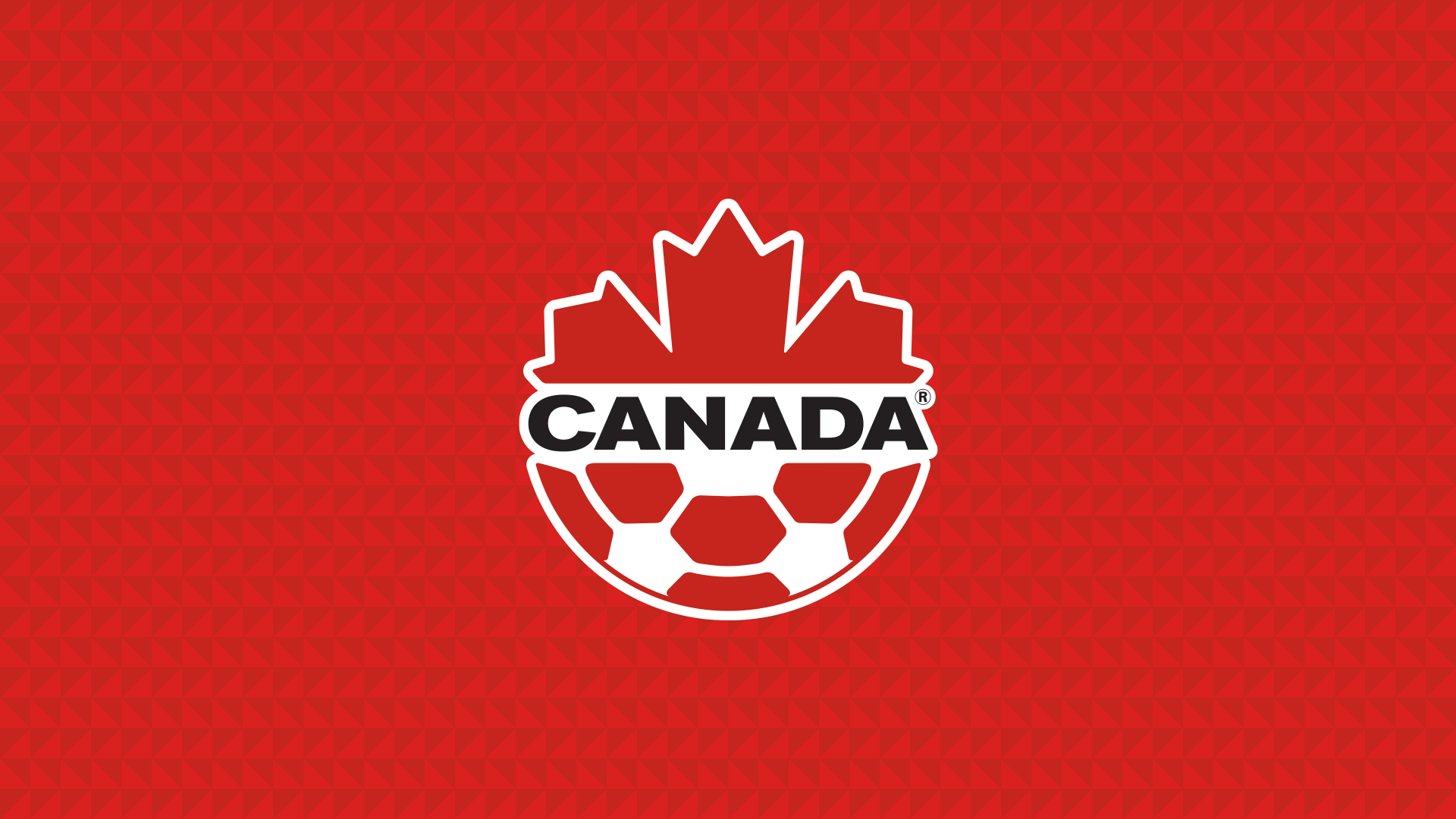 Everyone knows the focus is on the Men’s 2026 World Cup, which will have some games being played in Canada. However, with this current success, one may not have to look so far ahead. The Men’s team still has a chance to qualify for the 2022 World Cup, and the Women will be playing in this year’s Summer Olympics and most likely playing in the 2023 World Cup.

For the first time in seemingly forever, Canadians are not only playing for winning clubs but succeeding and sometimes becoming the face of these clubs. The purpose of this article is to highlight these successes to fully announce Canada entering the world stage. Enjoy!

Alphonso, aka “Phonsie,” Davies is not only the most famous Canadian soccer player but arguably one of the most famous Canadian Athletes. Davies won his third consecutive Bundesliga title this season with Bayern. After missing 9 games early in the season with a torn ankle ligament, Davies bounced back and once again made his case as to why he is in contention for the best left back in the world, even at the age of 20. Davies finished the season with 1 goal and 3 assists in 35 appearances for Germany’s top club. Alphonso’s next target will be attempting to help Canada qualify for the 2022 World Cup.

Canada’s fledgling superstar Jessie Fleming is champion of England as her Chelsea side edged out Janine Beckie’s Manchester City side to win the FA Women’s Super League. Fleming also won the Continental Cup with Chelsea as they cruised by Bristol City 6-0. Chelsea’s roster was stacked with world class talent including the likes of Sophie Ingle, Melanie Leupolz, Ji So-Yun and more. This made it difficult for Fleming to crack the starting lineup. However, when she did get the deserved playing time, she was on fire and immediately impacted Chelsea. Although Fleming recorded no goals or assists in 23 appearances, she played key parts in many of Chelsea’s goals, and at the young age of 23, she has a bright future ahead of her at the club.

The poster boy of Ottawa is finally a champion. Jonathan David grew up playing in Ottawa for the Gloucester Dragons, Hornets and the Ottawa Internationals. On August 11, 2020, Lille signed David for a reported fee of $30M making him the most expensive Canadian transfer. David had a rough start to the season, going 10 straight games without scoring a goal. However, in his 11th game, Jonathan bagged a goal and assist to open his account with Lille. As Lille continued to get better throughout the season, David continued to get better. It was evident that he wouldn’t just be a bystander in the title contention. Starting from Week 20, the longest stretch without a goal for David was 3 games, which only happened once. David scored in vital games against PSG, Lyon and Marseille and ended up scoring in the final game that crowned Lille champions of France. David ended the season in flaming hot form with 13 goals and 3 assists in 37 appearances for Lille and became one of the league’s most in-form players. Jonathan David will be looking to keep this form going when he joins Davies in trying to help Canada qualify for the 2022 World Cup.

These two clubs have 2 games remaining in the league, with one being a head-to-head match. These games will determine who will be crowned champion of France. The good news for Canada is that we are guaranteed at least one Canadian champion.

Starting with PSG, who are currently in first, Jordyn Huitema and Ashley Lawrence could be bringing home the title. Huitema had 4 goals in 20 matches, but the 20-year-old is still sharpening her game and learning from the best players such as Ramona Bachmann, Nadia Nadim and more. On the other hand, Lawrence solidified her role in the PSG backline appearing in 24 matches and recording 2 goals and 5 assists. Lawrence was also named on the UEFA Women’s Champions League Squad of the season. Lawrence is looking to become a key factor in PSG’s Champions League hopes next season.

Over on the Lyon side, Kadeisha Buchanan is looking to add another trophy to her cabinet. Buchanan’s Lyon side, for the first time since 2014, didn’t win the Champions League, so Buchanan’s hopes rest on the League Title. Buchanan appeared in 24 games this season and continued her fantastic form in Lyon’s backline. Even if she doesn’t end up winning the title, Buchanan had a fantastic season and will be looking to bring home an Olympic Gold Medal with the help of her PSG rivals.

Rangers FC went unbeaten in the Scottish Premiership, meaning that the 32-year-old Arfield is champion of Scotland. Arfield played an important role in the Rangers midfield and was relied on heavily during the middle of the season. However, he suffered a sprained ankle and missed 8 games. When he returned, he didn’t see as many minutes on the pitch but could still see out the invincible run by the Rangers. Arfield finished the season with 7 goals and 6 assists in 45 appearances.

While Europe was able to run their leagues without (many) issues, over in North America, it was quite difficult to get teams playing. However, once the games started again, it didn’t take long for soccer’s top goalscorer to win another championship. Sinclair’s Portland Thorns finished first in the West Division, which granted them a spot in the Championship, where they took on Evelyn Vien’s Gotham FC. Sinclair scored twice in the final, one in regular time and one in penalty shootouts, to help Portland win the cup. Currently, in the NWSL season, Sinclair leads the league with two goals and continues to dominate even at the age of 37.

It came down to one goal scored in the 69th minute, but Beşiktaş has been crowned champions of Turkey, meaning that two more Canadians in Hutchinson and Larin are champions. Starting with Larin, he absolutely shredded the Turkish league, finishing second in goals with 19 to his name. In all competitions, Larin finished with 23 goals in 45 appearances despite not playing as a “9” for most of the games. That goal-scoring form was clearly evident when Larin played in the two World Cup Qualifying games for Canada earlier this season, and he will be looking to continue the form when July rolls around.

Larin’s teammate Atiba Hutchinson was a massive wall in the midfield, and the 38-year-old was in fine form throughout the entire season with monster 90-minute shifts. His 4 goals and 11 assists in 40 appearances helped Beşiktaş bring home that title.

While there are unfortunately no league statistics for Cloe Lacasse, still nothing can take away the league title she won with Benfica. The 27-year-old appeared in 4 Champions League games this season and bagged 1 goal for herself. Lacasse is one of the many forwards Canada has the luxury of choosing from, and she is a prime example of the amount of depth Canada has compared to some other nations.

Canada’s goalie is also a champion as Milan Borjan’s Red Star Belgrade won the SuperLiga. When writing this on May 25th, Red Star is playing in the Serbian Cup Final, and they ended up winning it on penalties giving Borjan another clean sheet and a trophy. Borjan was the literal definition of a brick wall this season, with 17 clean sheets in 32 appearances. At the end of the Serbian final, his final stats will be 22-23 clean sheets in 46 appearances. This type of form is needed for the national team, especially in the upcoming games where goal difference will be a key factor.

Alyssa Lagonia is the champion of Switzerland as her side beat out Zurich to win the title. Similar to Cloe Lacasse, no statistics are available other than her 1 goal in 2 appearances in the Champions League. Alyssa Lagonia, who played for the Ottawa Fury, shows how much the Women’s game has improved over the years. The new generation of girls playing soccer will know that it is possible to play in Europe and win there as well.

Although Wotherspoon didn’t win the title this year, his team completed the double and won two cups. Although finishing with 6 goals and 7 assists in 49 appearances, Wotherspoon played a critical part with St. Johnstones, creating numerous scoring chances. In the SFA Cup Final played recently, Wotherspoon assisted the game’s only goal and was named Man of the Match. Wotherspoon’s most recent goal for Canada came against the Cayman Islands, and he will be looking to bring the Scottish form over to the National team side.

Some people say that we are currently in the golden era of Canada footy. I strongly believe that this is just the start of Canadian dominance, and by the time 2026 rolls around, Canadians winning major trophies and titles will be a norm for football fans worldwide. Right now, the focus is to carry this momentum from both the Men and the Women to their respective upcoming tournaments. It is an exciting time for Canadians, and it is about time we have something to cheer for.