Meet The BlackJacks (So Far) 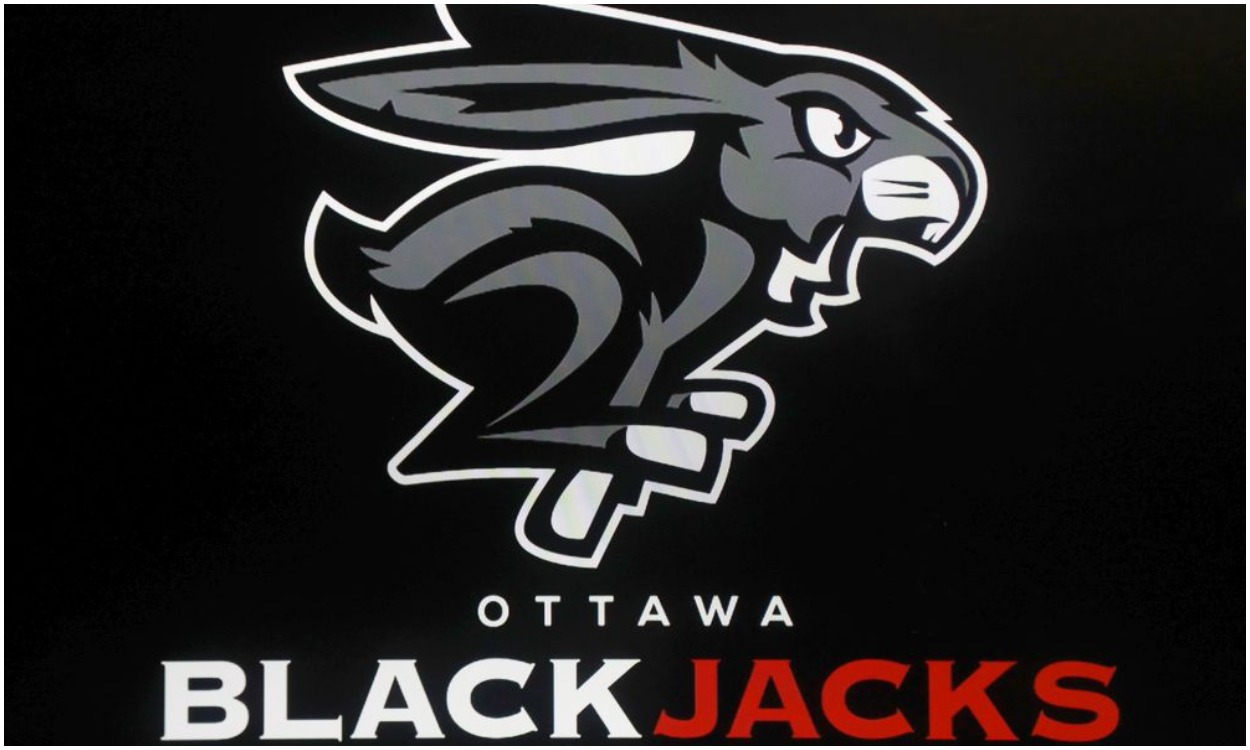 The CEBL season is less than 50 days away, which means we can officially start getting excited for tip-off.

The BlackJacks are set to enter their second season in the league. It will be their first playing a full – though still shortened – schedule after the league was forced to cut their season down to a Round Robin tournament last year. After making it into the second round of the Summer Series in their inaugural year, the BlackJacks are hoping to piggyback off of a successful season and make another run at the CEBL championship.

But before they can play any games, the BlackJacks must first put together their team. The CEBL is unlike many of the major sports leagues in that players are only signed for one year. At the end of the season, those players are put on a ‘Protected Players’ list, where the team they signed with has exclusive rights to sign them for the next season during the ‘Protected Window’. Anyone who doesn’t re-sign with their team during that window is then considered a free agent. It leads to a lot of roster turnover season-to-season, but it also keeps things exciting.

With that out of the way, let’s take a look at the team the BlackJacks have assembled so far. For each player, I’ll offer a quick summary of their careers and a breakdown of what I expect from them this season.

The University of Ottawa product made his CEBL debut with the BlackJacks last year. He made an immediate impact on his new team, putting up 12.8 PTS, 2.8 RBS & 2.5 AST during the Summer Series. Prior to that, he averaged 14.7 PTS, 2.7 REB & 2.0 AST over 179 games playing in France, Greece, Spain, Germany and Estonia. Playing in the top French league this year, he scored 5.2 PTS while playing 16.6 MPG. He was named the 2015 CIS Outstanding Player and to the All-Baltic League 1st Team in 2016.

The man lovingly known as ‘Johnny Buckets’ is back with his hometown team. The only returning member of the team thus far, Berhanemeskel provided an immediate stabling presence for the BlackJacks last year. Suffice to say, he is one of the most respected players in the league and brings invaluable veteran leadership for the young players to be around.

Fresh off representing Canada at the Americup, Junior Cadougan has landed in the nation’s capital. On top of his experience at the Americup this past winter, he was also part of the silver medal winning Canadian team at the 2015 Pan-Am Games. Another solid veteran get for the BlackJacks. Look for he and Berhanemeskel to be the leaders of this team both off and on the court.

Green refined his craft playing for the iconic UNLV Runnin’ Rebels for two years before going pro. He’s since gone on to average 14.4 PTS & 4.1 REB across 88 games in Finland, Hungary, Luxembourg, Sweden and Canada.  While playing for the Nighthawks last year he averaged 10.3 PTS & 3.0 REB in 7 games, while playing just over 15 minutes per.

One of two former Guelph Nighthawks to join the BlackJacks this season. Given that he shot over 55% from the field and over 45% from deep, it’s easy to say the Green was under-utilized last year. While he hasn’t played in any powerhouse leagues, he’s proven to be a reliable scorer when given the opportunity. Hopefully he’ll get that in his first season with the BlackJacks. With his ability to score from range, he could be the perfect ying to Nick Ward’s yang and give the team a solid 1-2 punch.

Nick Ward was a star at Michigan State, averaging 13.1 PTS & 6.6 REB over 104 games and 80 starts while having to split playing time with players like Miles Bridges and Jaren Jackson Jr. After going undrafted in 2019, Ward dominated the Turkish league before catching on with the College Park Skyhawks of the NBA G-League. While there, he averaged 13.2 PTS & 6.5 REB over 33 games. Despite being limited to 4 games this year of Istanbul of the TBL, he put up averages of 21.3 PTS & 8.3 REB.

An absolutely massive signing for the BlackJacks. Ward will probably be the team’s #1 scoring option this season, and with good reason. He excelled in a Power 5 Conference and put up good numbers in the G-League. He has the skill and athleticism to dominate down low. His game is still growing, and if he can ever develop a consistent 3-point shot he could very well garner looks from NBA teams. Xavier Moon has won the CEBL MVP in both of the league’s seasons, but Ward has the ability push him for the crown.

While playing for Laurentian University, Gray averaged a ridiculous 25.6 PTS, 7.0 REB & 5.9 AST over 81 games in his 4-year career. He received 10 major university sports awards, including the 2018 & 2019 U SPORTS Men’s Basketball Player of the Year honours. Outside of his collegiate career, he also joined Junior Cadougan on the Canadian Americup team, averaging 11 PTS in 2 victories of the Virgin Islands. He was drafted by the Hamilton Honey Badgers in the first-round last year, but didn’t see the court.

Breakdown: A homegrown talent and one of the most decorated players in the history of U SPORTS, Kadre Gray is one of the most promising players in the CEBL, let alone on the BlackJacks. Despite his prolific collegiate career, he’ll probably see limited minutes for the team this season as he learns to adapt to the pro game. Getting to learn from players like Cadougan and Berhanemeskel will prove invaluable for him as he progresses.

A recent graduate of Ball State, Teague averaged 11.8 PTS & 7.4 REB over 129 games in his four-year career, starting for the last three. He was named to the All-MAC First Team in 2020 after registering 1.7 blocks per game during conference play. Teague declared for the 2020 NBA draft, but was not selected.

Teague is one of the most accomplished players in the history of the Ball State program. Much like Ward, he prefers to play in the paint, but is more willing to stretch his game out beyond the arc. He hasn’t played yet this season, so it should be interesting to see how the BlackJacks use him. If he is able to pick up where he left off in college, he and Ward could pose an intimidating and young front court.

After averaging 15.0 PTS over 106 games split between the University of Fraser Valley and the University of Alberta, Friesen has played 199 of his 216 pro games in his native country. Playing for the Halifax Hurricane, London Lightning and KW Titans in the NBL, as well as the Fraser Valley Bandits and Guelph Nighthawks in the CEBL, Friesen has averaged 9.2 PTS & 3.1 REB in his career.  He put up 4.4 PTS a game in the Summer Series. He represented Canada at the 2019 World Cup qualifiers in Chile.

The first ever draft pick in the CEBL, Friesen joins Tyrell Green as former Nighthawks to make to jump over to the BlackJacks. He’s a career 38% shooter from deep, and that will be key for the BlackJacks this season. While he will most likely spend the majority of the season coming off the bench, he can take over games if he gets hot from outside. A solid depth piece that offers a different look for a team that will score most of their points in the paint this year.

A South Carolina Gamecock alum, Archie averaged 10.3 PTS & 5.7 REB over 98 NCAA games. He was drafted by the Austin Toros in the NBA D-League draft, where he averaged 5.4 PTS & 3.2 REB over 15 games. However, he re-aggravated the injury that limited him to 5 games in his senior year and was placed on waivers. He has since played in 374 games across France, Italy, Israel, Belgium and Romania, averaging 11.5 PTS & 5.1 REB. He’s a two-time Belgian League champion, winning it all in 2015 & 2016.

Breakdown: Archie is a rare mix of size and skill, standing 6-7 and shooting 37% from deep over his long career. He’ll turn 34 this year, making him the oldest player on the team. On top of being an important rotation player, he’ll also probably be tasked with taking Ward and Teague under his wing. It’s anyone’s guess how much of an impact he’ll make on the court, but his biggest contributions will most likely take place off of it.

Johnson started his college career at Long Island University, where he put up 11.6 PTS & 5.3 REB over 124 games. He then went to school back home, splitting time between rivals Carleton University and the University of Ottawa. Johnson averaged 8.1 PTS & 5.2 REB over his CIS (now U SPORTS) career while winning 3 CIS national championships and 2 OUA titles with the Ravens. He has gone on to play 250 games as a pro in Iceland, Canada, France, Italy, Greece and Cyprus, putting up 11.3 PTS & 3.9 REB a game. He has represented the United Kingdom on a number of occasions, including the 2012 Olympics. During the Summer Series, Johnson averaged 5.0 PTS & 3.0 REB over 7 games.

Breakdown: Another veteran with lots of big game experience. On top of his stay with the Olympic team, Johnson has made championship runs in the NBL and Icelandic league. He offers the BlackJacks depth in the backcourt – something you can never have too much of – and his size means he can slide in at either position.

The BlackJacks have an entirely new front office running the show this year, and that’s pretty apparent when you compare this year’s team to last year. The BlackJacks downfall during the Summer Series was that they’d have long dry spells in games where no one was able to step up and take over. Management is looking to avoid that this year by putting together a team of players who know exactly who they are and what their game is. I expect this team will keep a tight rotation and try to use their experience to win games by grinding their opposition down. However, Ward is an explosive high-flyer when his game is going, so don’t think that means they’ll be short any highlights.

2 thoughts on “Meet The BlackJacks (So Far)”