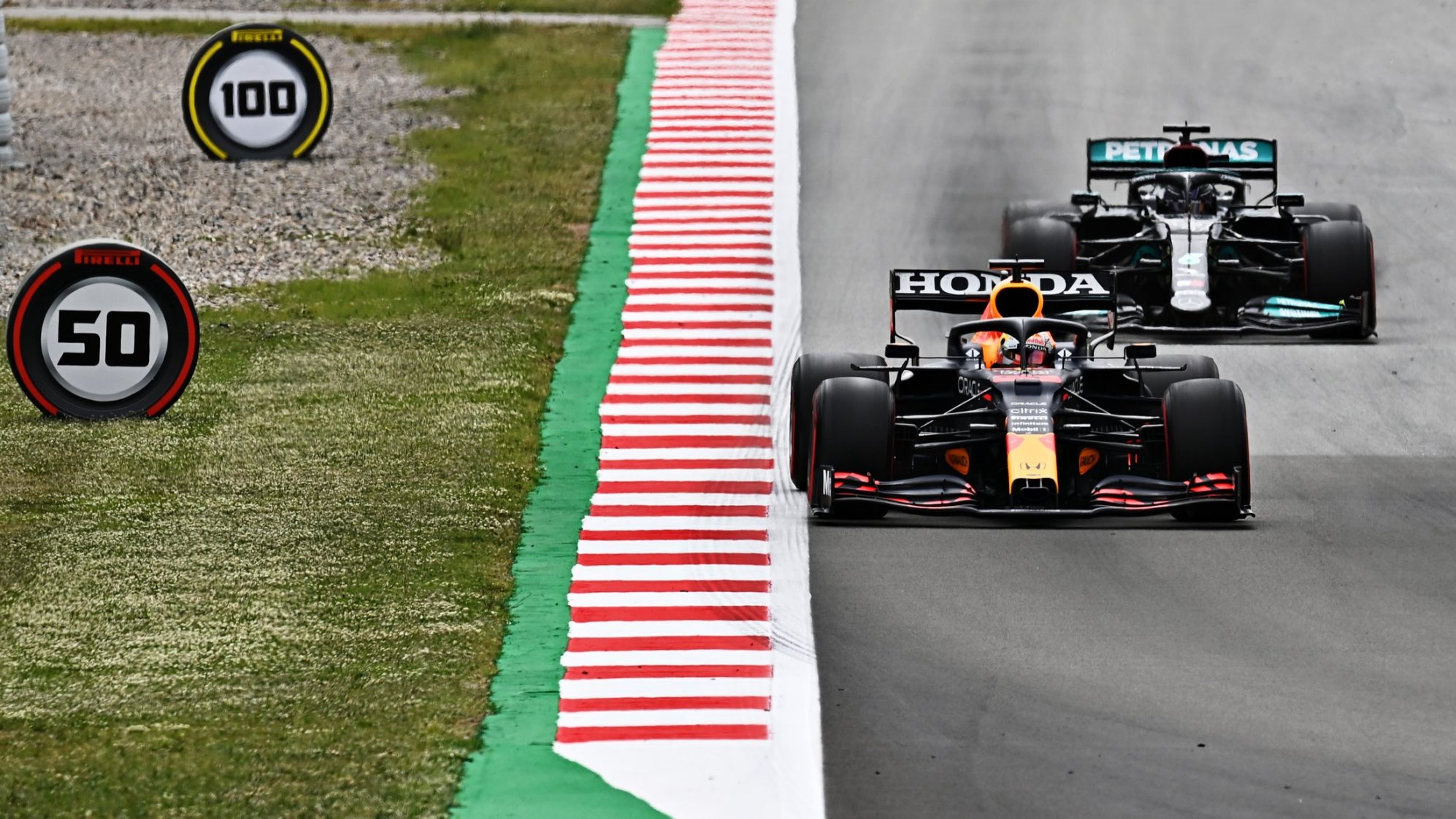 It was an advantageous race strategy that allowed for Lewis Hamilton to take victory over Max Verstappen in Spain to move his win total to three on the year. On a weekend where Hamilton took his mind boggling 100th pole position, it was only fitting that he backed that up with a champion’s drive on Raceday to extend his championship lead to 14 points.

It was not all rosy for Hamilton though. Verstappen jumped ahead of him at the first corner after nearly colliding and was trailing him for all but 12 laps. Just like it was in Hungary 2019, Hamilton could not overtake the Red Bull on the same strategy. So, they put Hamilton on a two stop strategy which allowed him to push more and he had much more rubber which allowed him to overtake Verstappen at a venue that is notorious for it’s difficulty to overtake.

Valtteri Bottas finished in the final podium spot which makes it another Ham/Ver/Bot podium that has become all too common in Formula 1 lately. Bottas had dropped behind Charles Leclerc on the first lap and he could not find a way passed the Ferrari on the first stint. We saw a little bit of “Badass Bottas” where it seems as if he was ignoring team orders to let Hamilton through to chase Verstappen. It had no affect on the result but could be something to lookout for in the remaining races of this season.

Leclerc finished in fourth after a strong weekend for the Ferrari driver where he was even fighting for the podium in the early stages of the race.

Sergio Perez finished in 5th after a disappointing qualifying the previous day. It is reported that Perez had an injury that affected his qualifying but he was all good in the race.

Daniel Ricciardo finished in 6th ahead of Carlos Sainz in 7th, and his teammate Lando Norris who finished in 8th.

The two Frenchmen, Esteban Ocon and Pierre Gasly, rounded out the top 10.

There was a very big scrap for the final point in the latter stages of the race and Canada’s Lance Stroll just missed out on scoring that point as he was overtaken by Gasly a lap after he himself took it from Fernando Alonso.

Kimi Raikkonen finished in 12th ahead of Sebastian Vettel.

George Russell at one point was 5 tenths off from scoring his first point as a Williams driver but he finished in 14th ahead of Giovinazzi.

Canada’s Nicholas Latifi finished 16th ahead of Alonso and Schumacher.

It was again Nikita Mazepin who was the last of the finishers where he again was miles off the pace of everyone else.

The only retirement came from Yuki Tsunoda who brought out the safety car when his engine lost the will to live on lap 12.

Formula 1 will race at the famous Monaco street circuit in a fortnights time from May 20-23. It is the first time they will have raced there since May of 2019 due to the race being cancelled last year because of Covid-19. Look for Ferrari to be strong there because they often had the quickest final sector time in Spain. The final sector in Spain is very similar to Monaco with low speed corners which means that Ferrari could have a very good weekend perhaps fighting for the podium or even the win.

One thought on “Hamilton Triumphs at 2021 Spanish Grand Prix”