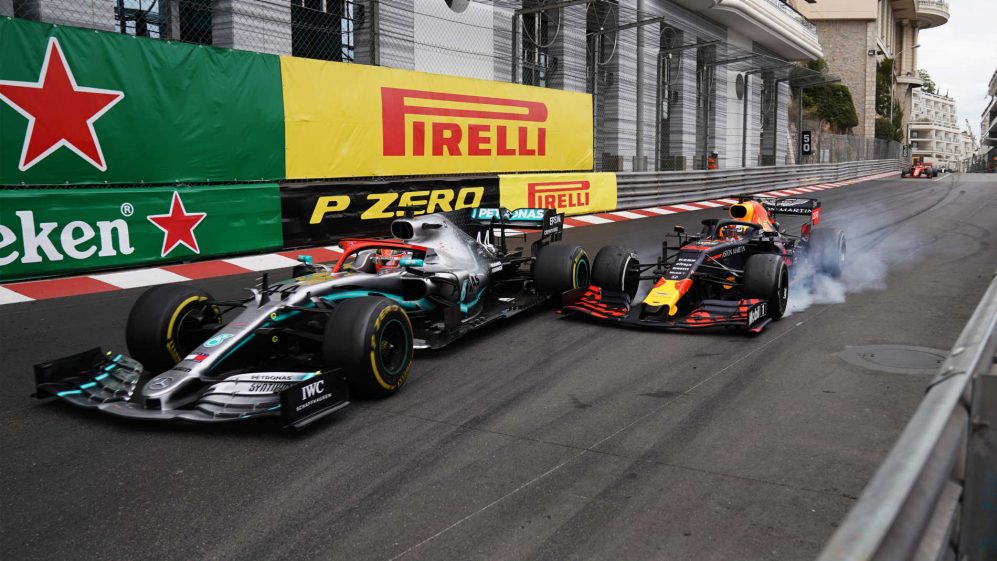 Its Race week once again (or if you’re Ferrari then its Rawe Ceek)!!!

Formula 1 is back racing at the Principality of Monaco. It is a rich and beautiful country in Europe that is smaller than Central Park, situated along the French Riviera and the scene of the fifth round of the 2021 Formula 1 season where Hamilton and Verstappen will continue their fierce championship fight. This is the first time Formula 1 has been to Monaco since 2019 where we were treated to another classic between Hamilton and Verstappen and like usual Hamilton emerged victorious even with his tyres being “dead”.

Monaco is the crown jewel of Formula 1 and arguably Motorsport itself as it is the most famous street race in the world. It is a unique race that has everything from the scenery, the traditions, the money, and the glamour. It is a place where everybody wants to visit. As someone who is fortunate enough to not only have driven the track in F1 2020, but to have sat in pole position in Monaco itself when I visited Monaco in 2019, I will present you with the best preview that you can get. However, this isn’t a travel blog, its a sports blog so that’s enough flexing from me, let’s “Get in there Lewis”.

The Circuit de Monaco is a street circuit that is on public roads which you can drive on for yourself if you have a car. It is narrow and surrounded by walls which makes this a track not for the faint of heart.

Even for myself when I was walking alongside the track (including the famous tunnel section), the streets of Monte-Carlo are so narrow you can’t even pass if you are walking so do not expect many overtakes to happen this weekend. Because of this, the qualifying on Saturday is the most important of the season because of the challenges with overtaking on the streets of Monaco. Even qualifying could be a mess with traffic because of the narrowness of the track and walls blocking some of the vision you would normally have.

However what makes this race so exciting is that the walls are often millimetres from the drivers and one small error over the 78 lap race will have huge consequences. I should give a warning to Nikita Mazepin that there is a lot of water that surrounds the track as well as those walls so if he continues his usual adventures then we could be looking at Nikita Mazeswim.

The KEY to being quick in the Principality, is obviously to have speed but the second and most important part to success in Monaco is to get as close to the walls as you can possibly get without hitting. Do that and you will do extremely well here.

The passing opportunities are scarce but possible. Most notably on the 600m pit straight going into Saint-Devote (Turn 1), the Nouvelle-Chicane (Turn 10), and La Rascasse (Turn 18). It is extremely hard to pull off an overtake around here so have a lookout for possible track limit breaches on the inside of turns 1 and 10, because the track is so narrow and those turn have just kerbs on the inside which means that the drivers could use it to their advantage, like everybody’s hero, Lord Mahaveer Raghunathan in the Formula 2 race in 2019.

Just like every other weekend, expect a straight fight between Mercedes and Red Bull (namely Hamilton and Verstappen) for Pole Position. Based off of the last few years and races so far, I will give Red Bull the upper hand because the nature of the track has suited their car very well. Monaco is a high downforce circuit and Red Bull tends to be stronger on these high downforce circuits compared to Mercedes.

My dark horse for the weekend is Ferrari and specifically the Monegasque, Charles Leclerc, who will be racing on his home track. As I said in my Post-Spanish Grand Prix article, they were very impressive and often fastest in the final sector of Spain, which is a high downforce sector. Ferrari may give Bottas and Perez a run for their money and my bold prediction for the weekend is a Charles Leclerc podium. Also, expect Ferrari’s smooth operator, Carlos Sainz to be in amongst that battle too.

Outside of the big three, expect another fierce midfield battle between McLaren, Alpine, Alpha Tauri, Aston Martin and Alfa Romeo for top 10 and point positions. Also do not count out Mr. Saturday, George Russell with that Williams car. Wiliams is also very quick (albeit for their standards of late) on high downforce circuits which means he could find his way potentially into the top 10 if things work out perfectly for him.

The slowest of the field will most likely be the Haas drivers so their goal is to stay out of the walls (or harbour for Mazepin). Speaking about Nikita, if he miraculously stays out of the walls, then he needs to start getting closer to his teammate, Mick Schumacher. I would not be surprised to see Mazepin get lapped by his own teammate at some point this season if he does not improve rapidly.

Lastly, expect blue flags to play a huge role in this race because it is a quick lap and easy to hold someone up. We could be seeing some issues with drivers such as Mazepin (if he miraculously isn’t in the wall or harbour) holding up the leaders which could be a cause for some drama.

As of writing this, the weather for Monte Carlo shows the weekend being in the mid-20’s with a 60% chance of rain during qualifying which would really spice things up. Like always, the weather can change so you will just have to tune in to find out.

Monaco is unique and it has practice on Thursday instead of the usual Friday so it is an early start to the weekend. This is due to tradition as usually the Thursday (Acension Day) was a holiday so it was easier for the city and traffic. Now it is kept that way due to that tradition of having Monaco Friday practice on a Thursday. Also this is Monaco where there are many yacht parties (may not happen this year due to Covid-19) so they could definitely use that Friday to recover 😉

Qualifying is also a sight to behold watching these cars go all out speeding between the barriers. Expect some issues with drivers getting in the way of one another on a hotly which could cause some potential penalties to kick in if necessary.

As for the on track action, if you folks have F1TV you can watch all the sessions live. FP3 is like usual on the Saturday at 6am along with the most important and hectic qualifying session of the year at 9am. The race as always is on the Sunday at 9am.

For everybody else, you can watch Qualifying on Saturday at 9am and the Race on Sunday at 9am.

Enjoy the race weekend everybody.