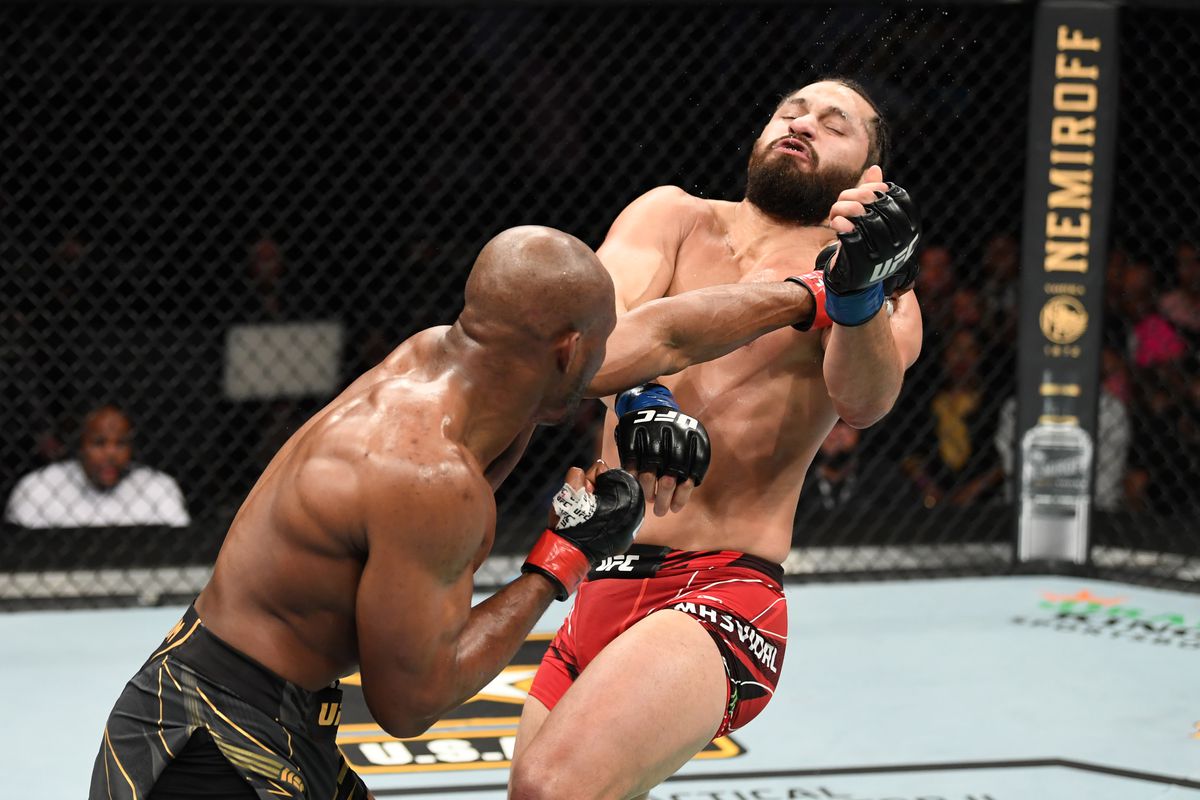 April 24th’s UFC 261, triple title fight night was a phenomenal showcase of exactly what the UFC needs. After the dumpster fire of an event that was Paul vs Askren, Dana White and the UFC put on a sold-out event in Jacksonville, Florida, that wiped our memories and gave the MMA community the refreshing cleanse we needed.

The main card started with a light heavyweight bout, Anthony Smith and Jim Crute, which ended by TKO via doctor’s stoppage. Smith (34-16-0), came out in the first round with a strong jab, and good distancing, Crute (12-1-0) for his part seemed to be landing low kicks and getting a read on Smith. Things changed, however, once Smith landed a perfectly placed low kick on Crute right behind the knee. Immediately it was clear that something was wrong with Crute’s leg, as he was not able to put any weight on it, he managed to battle through it and somehow get a takedown on Smith to finish the round. The doctor waved off the fight before the second, with Smith via TKO.

The next fight on the card, Uriah Hall (17-9-0) vs former champion Chris Weidman (15-5-0) was a recreation of one of Weidman’s previous fights against UFC legend, Anderson Silva. While not quite the same, Weidman was on the receiving end of a vicious leg injury. What was extremely unfortunate was that it was the very first kick thrown from Weidman, so the fight had not even started. We’re wishing the All-American a quick recovery, and hoping for the best in his career.

The first of the three title fights, Valentina Shevchenko (20-3-0) vs Jessica Andrade (21-8-0), ended via TKO in the second round. Shevchenko’s first round was nothing short of dominant, getting Andrade to the ground at will with takedowns and trips, and outclassing her on the feet with her techniques. In the second round, Shevchenko was able to get Andrade in a crucifix and ended the fight with ground and pound. Strong performance from the champion, and if you know about Shevchenko, you know that she is one scary fighter. With her flawless performance, she really showed there’s levels to the fight game, and no one in her division is even close to hers.

Challenger Rose Namajunas (10-4-0) vs strawweight champion Zhang Weili (21-1-0) was poetry in motion. After a fight of the year performance in early 2020 against Joana Jdrzejczyk, Weili showed that she could stand her ground with elite strikers. As Rose circled and looked to find her distance, Weili landed several low kicks and seemed to be looking to slow down her movement. As Namajunas slowly found her distance with jabs, she unleashed a perfect lead leg round kick through Weili’s guard and right on the button. Weili was clearly rocked as she fell to the canvas and with ground strikes from Namajunas, the referee had no choice but to stop the fight. Weili immediately stood up and protested on wobbly legs, and later knew she was out on her feet. Congratulations Thug Rose, well deserved.

Amazing performances on the main card, and the main event did not disappoint. Kamaru Usman’s (18-1-0) excellent finish over Jorge Masvidal (35-14-0) was certainly something we did not foresee. Ever since winning The Ultimate Fighter 21 in 2015, Usman has dominated the welterweight division and secured his status among the welterweight greats of the sport. He also surpassed George St-Pierre’s record winning streak, with 14 straight victories. Leading up to the fight, most thought that Usman would resort to his wrestling, as his striking was definitely not the champ’s strongest advantage entering the ring. Usman used takedown feints to gauge distance and to put the threat of wrestling in Masvidal’s head. Usman managed to take down Masvidal twice in the fight but it was a perfect 1-2 punch out of the blue from Usman that ended the fight in the middle of the second round. Usman’s power was on full display as he threw his cross right on Masvidal’s jaw and knocked the sweat clean off his head, it looked like months of trash talk manifested into one single punch. With each performance, and Usman looking better each time he enters the octagon, it looks like Usman’s winning streak is not stopping anytime soon.

Overall, a great night of fights for both the casual and more hardcore fans. An incredible showcase of skill and technique from all fighters, especially during the title fights. And who doesn’t love a good old fashioned knock out?

History of UFC in the Nation’s Capital – Part I